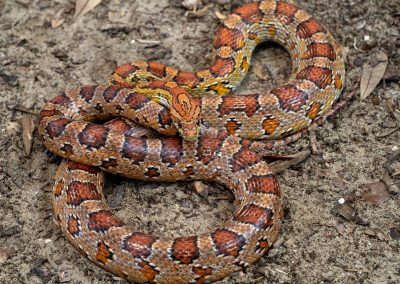 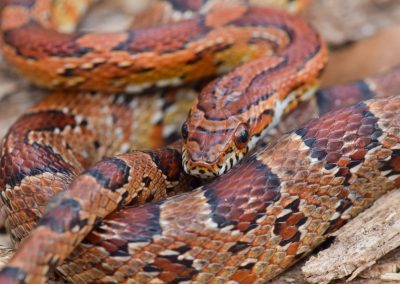 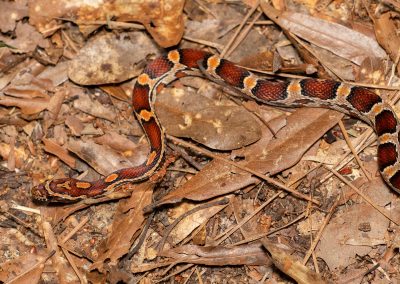 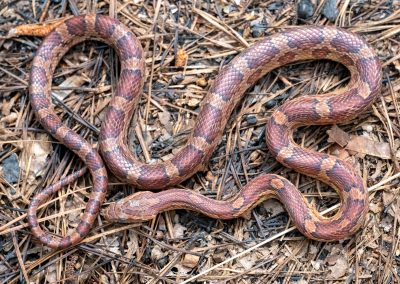 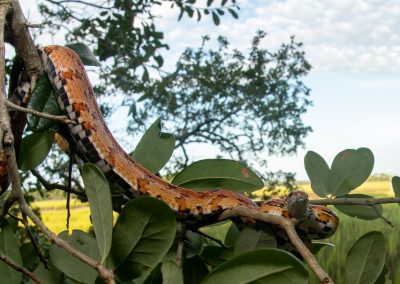 Description: This medium to large snake (20-48 in, 76-122 cm) almost always has some hints of reddish or orange in its pattern. Their body color can be orange, brown or gray, and they have a series of deep-orange, square blotches outlined in black going down their back. The sides have alternating smaller blotches. The top of the head has a spear shaped blotch with the tip of the point meeting between, or just behind the eyes. The belly is pale to white in color with a dark, nearly-checkered pattern.

Natural History: This snake is found in a wide variety of habitats, but has a preference for areas with sandy soils. This includes open pine forest and maritime forests. They are also well adapted to areas with slight human disturbances and can be common around rural neighborhoods, farms and barn areas.

Cornsnakes spend a lot of their time under debris and are frequently encountered flipping over logs or bark. When the temperature is suitable, they are often seen foraging on the ground, crossing roads, or climbing in trees and bushes. They are excellent climbers. They mainly consume rodents, other small mammals, and sometimes birds which they stalk and constrict with their powerful bodies. Younger and smaller corn snakes eat small lizards. They themselves are consumed by larger mammals, other snakes, and large birds.

Similar Species: Cornsnakes are frequently mistaken for venomous Copperheads (Agkistrodon contortrix). Copperheads have a notably wider head that is unpatterned and have an hour glass pattern going down their body that does not have black margins. The Prairie Kingsnake (Lampropeltis calligaster) and the Eastern Rat Snake (Pantherophis alleghaniensis) may resemble Cornsnakes, but they both lack the spear point pattern on the top of the head.

Distribution: The Red Cornsnake is found in the Southeastern United States. From Southern New Jersey down to Peninsular Florida and into Eastern Louisiana. 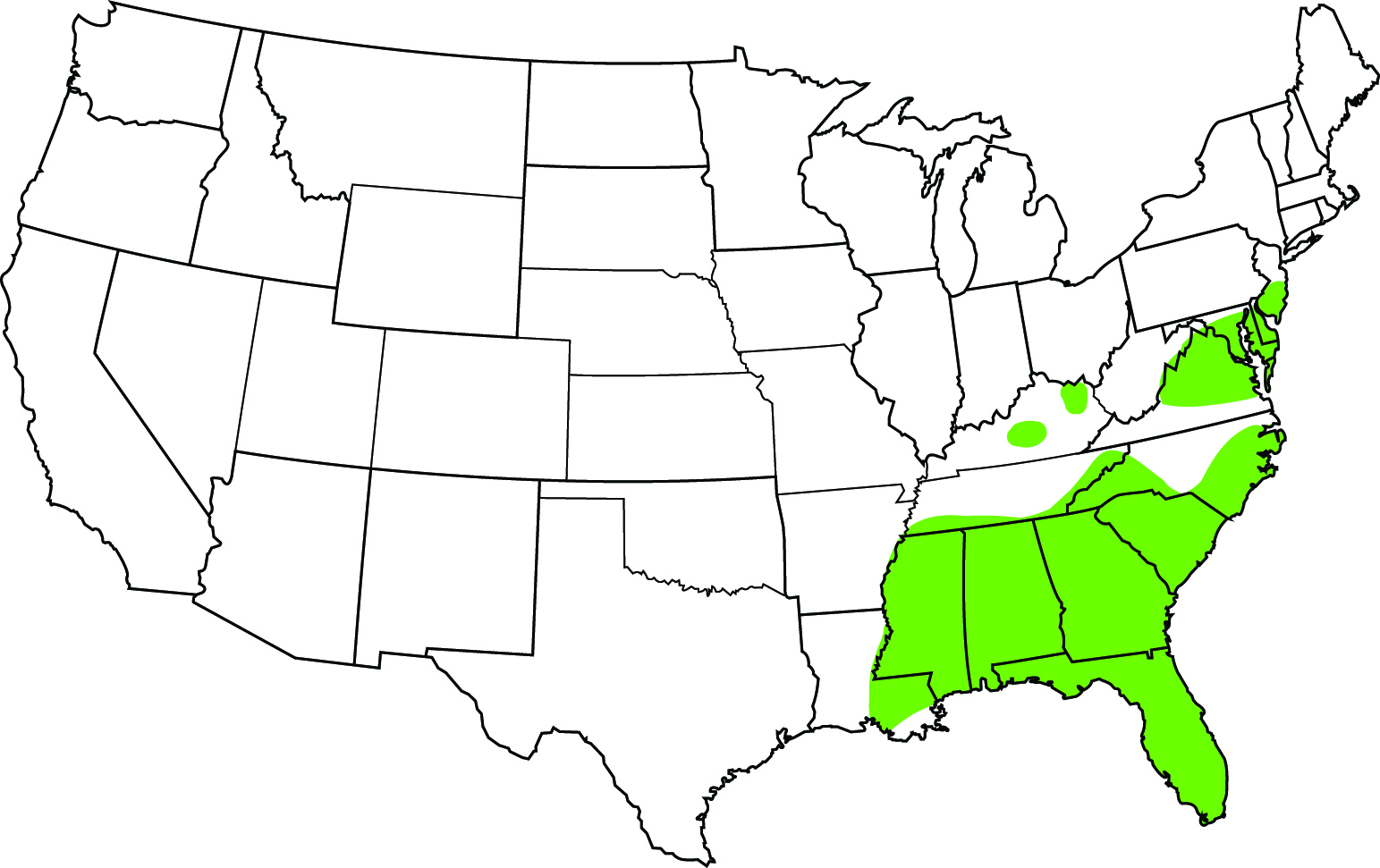