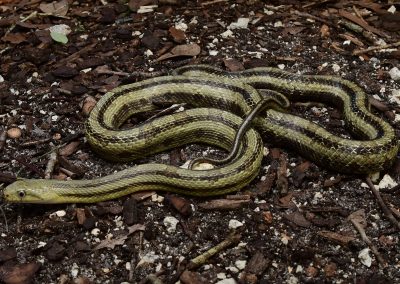 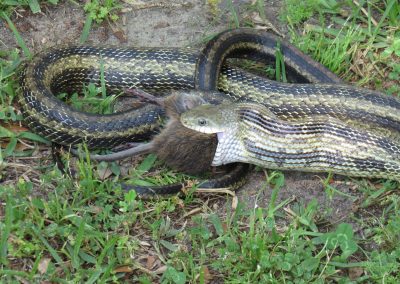 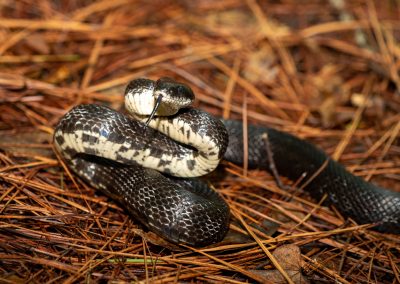 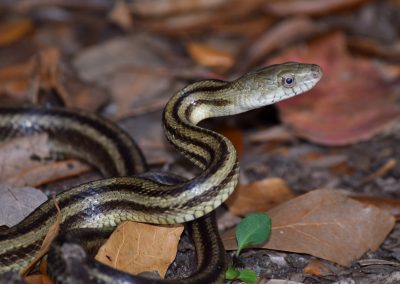 Description: The Eastern Ratsnake has one of the most drastic variation in color and pattern across its geographic range of any snake. Adult individuals found in the north and west tend to have an all black dorsum, while coastal and southern populations are green or yellow in coloration with four black stripes extending down the entire body. In between these two populations individuals express an integrate of the two morphs with a gray or dark ground color, 4 dark lines extending down the body, and dark blotches going down the back and sides. In all cases, the juveniles generally are light gray in color with dark blotches going down the back. The belly is pale or white towards the head and becomes more mottled further down the body. Full grown individuals can be quite long measuring over six feet in length (72 in, 183 cm).

Natural History: This snake is very active during the spring and summer, and quite readily encountered throughout its range. It inhabits almost any terrestrial environment including areas with human disturbance. They are excellent climbers and it is common to see them going straight up the side of a tree or the side of a house. Adult Eastern Ratsnakes are efficient predators of rodents, birds, and bird eggs. Juveniles consume smaller rodents, lizards, and amphibians. The actively forage for their prey which they bite onto and quickly constrict with their powerful bodies.

Similar species: Cornsnakes (Pantherophis guttatus) may resemble some color morphs of the Eastern Ratsnake. However, Corn Snakes have a spear-shaped point on the top of their head. The Black Racer (Coluber constrictor) can also be confusing, but they are notably more slender with smooth scales.

Distribution: Eastern Ratsnakes are found in the Eastern United States from Vermont to Florida. 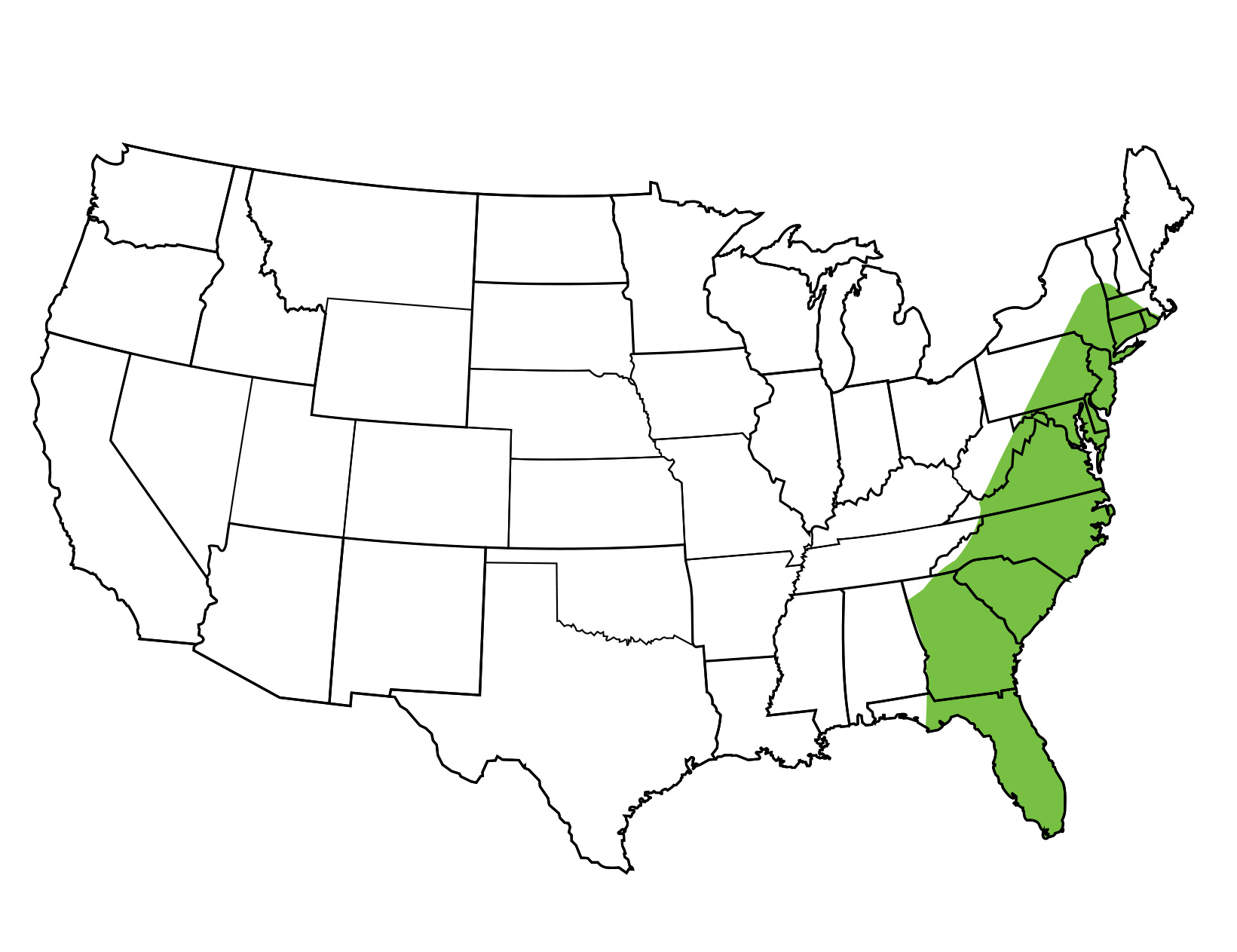