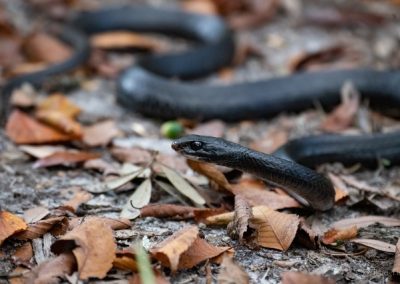 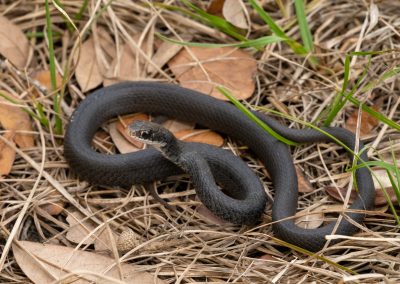 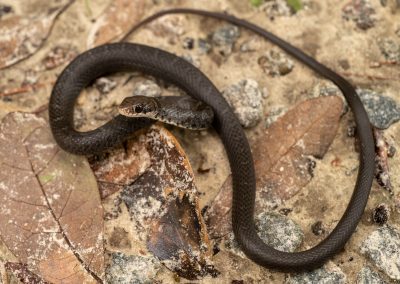 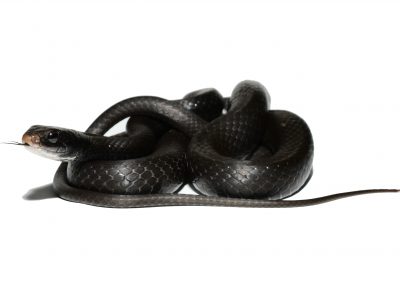 Description: The North American Racer, also known as the Black Racer, is a long slender snake that can reach adult sizes up to 60 inches (152cm). They are solid black above, have smooth scales and large eyes. The underside is generally dark grey to black and unmarked. Some white may show on the underside of the head. Juveniles are grayish in color with brown or reddish blotches on the back.

Natural History: As the name suggest, this slender snake is incredibly quick. It is most active during the day and is regularly seen during warm weather. As such, it is one of the most commonly encountered snakes throughout the state. When approached they use their agility to flee. If the snake is grabbed, it will not hesitate to bite.

This snake is a habitat generalists, but most frequent in open habitats or along forest edges. This snake can cover great distances as it forages for invertebrates, reptiles, amphibians, small mammals, and birds. They have exceptional vision and generally move with their heads held off the ground in a behavior called “periscoping”. Despite their species name (“constrictor”) this snake does not constrict its prey. Rather it bites on to its prey, rapidly moves it from side to side to stun or immobilize it, and then swallows it alive.

Similar Species: The Black Racer is usually more uniformly black and dark under the body than other black snakes in the range. Such species include the black morph of the Eastern Rat Snake (Pantherophis alleghaniensis) who has a white underside, and the melanistic form of the Eastern Hognose Snakes (Heterodon platirhinos) who is stouter, has keeled scales and an upturned snout.

Distribution: This snake is found in almost every state in the United States. They are found throughout the eastern and midwestern United States. As their range moves further west, their distribution becomes more scattered. 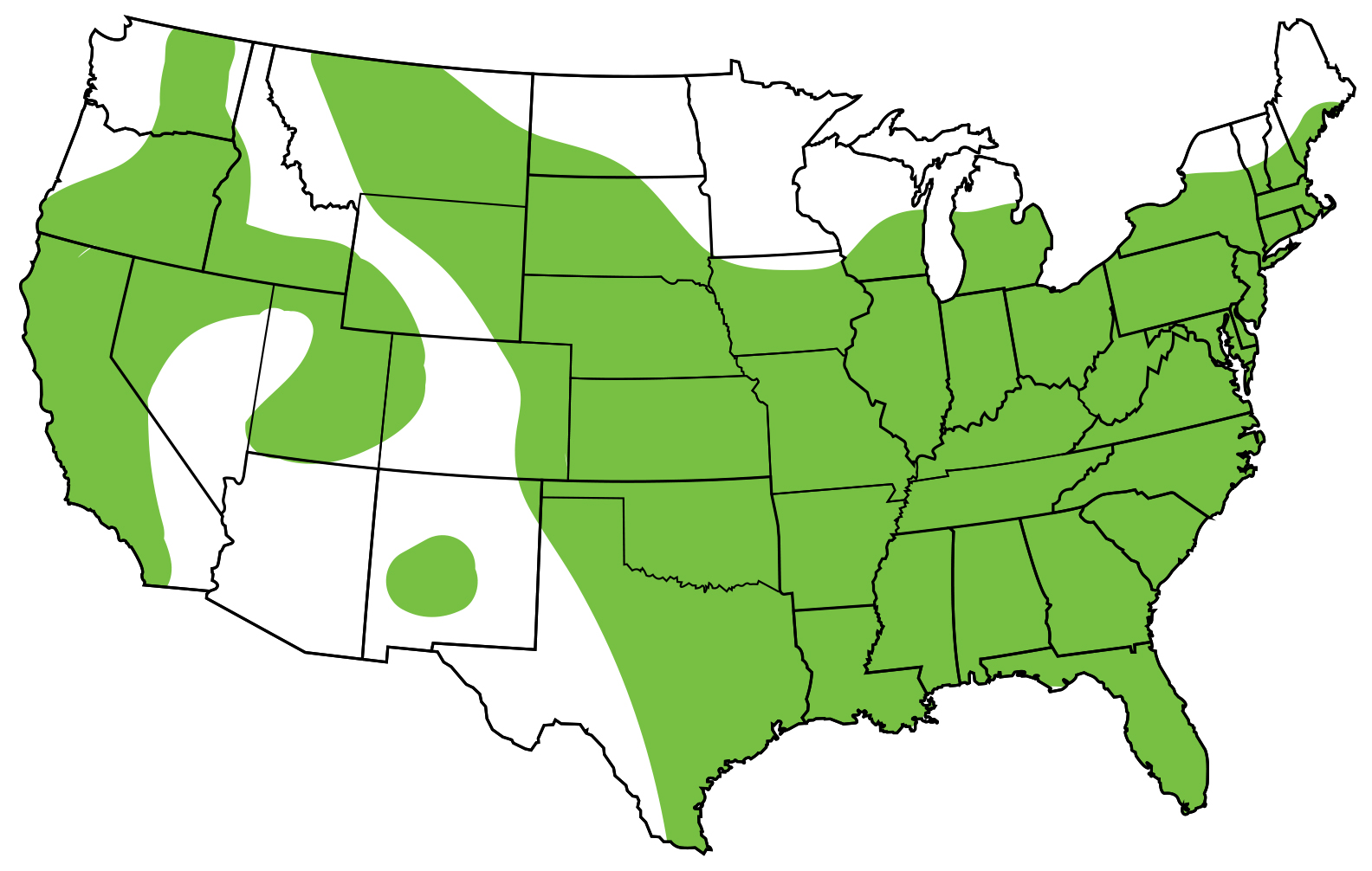