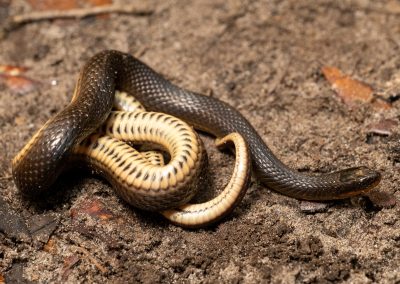 Description: This is a medium-sized, shiny snake with a plain-brown to olive-brown dorsal coloration and faint dark stripes going down the length of the body. The dorsal scales are keeled and the snake has a rough, stiff appearance. The belly scales are pale with two rows of distinct black half moon patterns. This snake averages in size of 14 – 24 inches (36 – 61cm).

Natural History: This is a secretive and highly aquatic snake. They are found in cypress swamps, Carolina bays, roadside ditches, and heavily vegetated areas along the edges of ponds and lakes. They can be found almost anywhere their predominate prey source occurs, crayfish. They possess chisel-like teeth designed for penetrating and grasping the hard shells of crayfish and their rough exterior helps them avoid injury. They are also known to consume small amphibians and fish.

Similar Species: Ribbon Snakes and Garter Snakes (Thamnophis sp.) may bare a resemblance to the Glossy Crayfish Snake, but both possess light stripes going down the length of the body. Queen Snakes (Regina septemvittata) may also look similar, but will lack the rows of two dark half moons on the belly scales.

Distribution: This snake is found in the coastal plains of the Carolinas extending into northern Florida and then west to east Texas. There are isolated populations that have been recorded in Virginia.

Notes: Little is known about their populations and distribution, but due to their reliance on aquatic habitats that are prone to habitat destruction this snake is of conservation concern. 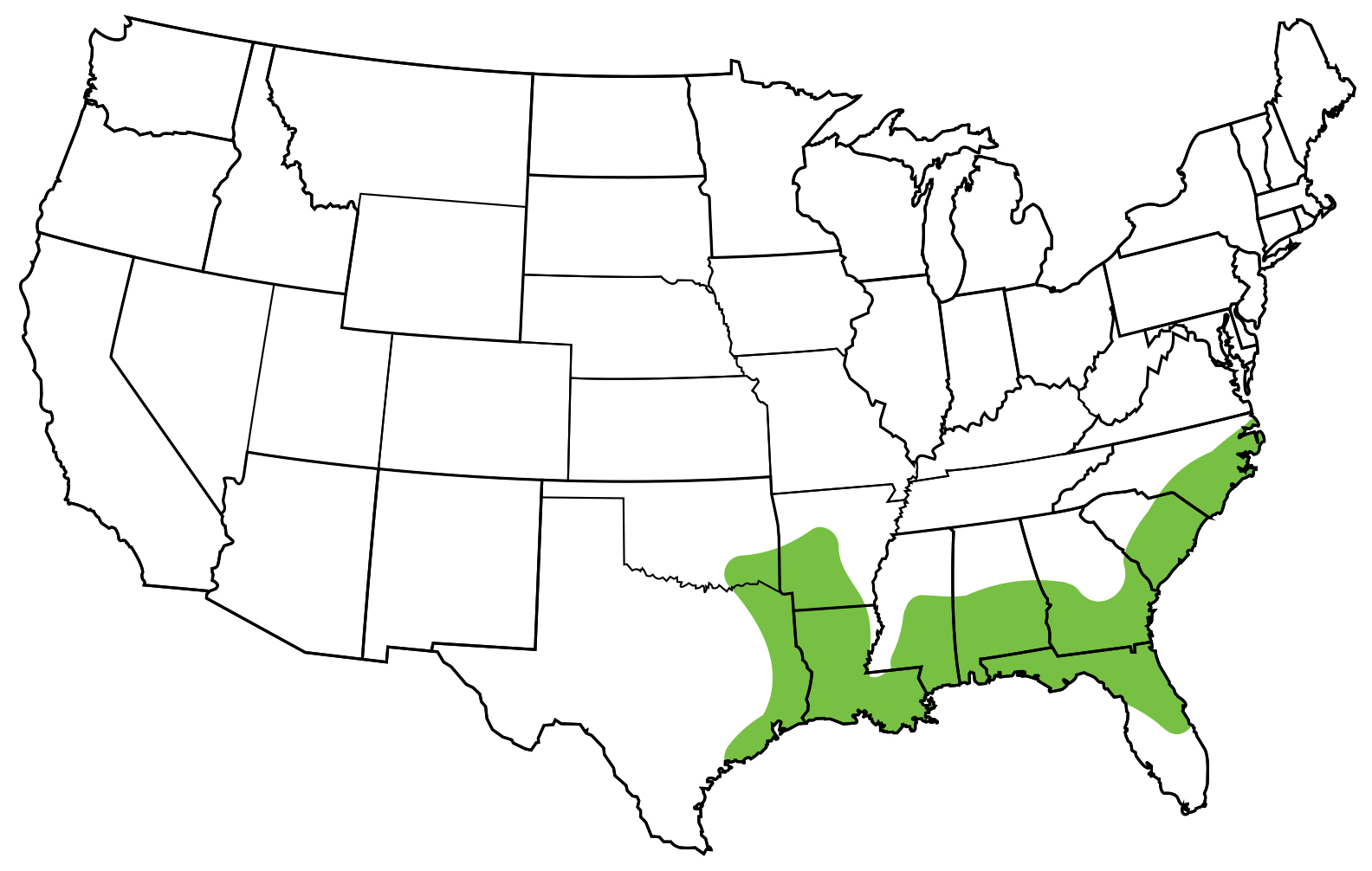