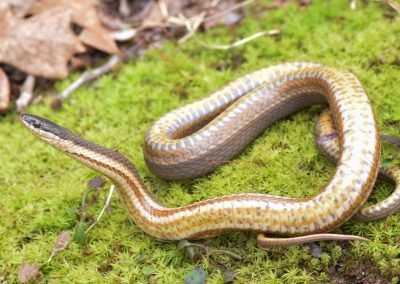 Description: A medium sized aquatic snake, brownish to olive green in coloration, with a yellow stripe situated on the either side of the lower body, and three faint narrow dark stripes running down the back. The snake is ridged in appearance with keeled scales. The belly is pale yellowish with four brown stripes extending down the length of the body. Two thinner stripes in the center of the belly, and two bolder stripes towards the outside of the ventral scales. The average adult size is between 15 – 24 inches, and females are typically.

Natural History: This highly aquatic snake forage in stony streams and rivers of the piedmont and mountainous regions in the Southeastern United States. They specialize in consuming recently molted crayfish. They are typically found under rocks or hiding in aquatic vegetation on the edges of these waterways, but they can also be found basking above rocks– often alongside Northern Watersnakes (Neroida sipedon).

Similar species: Garter snakes and Ribbon snakes (Thamnophis sp.) may resemble Queen Snakes, but both species have a light stripe on the middle of the back extended down the length of the body. Other Crayfish snakes can be distinguished by the belly pattern. Glossy Crayfish snakes (Lyodytes rigida) have two dark half moons patterning down the center of the belly scales.

Distribution: This snake is found from south Ontario, continuing down the midwest United States extending down to the Gulf Coast in the panhandle of Florida and Southern Mississippi. 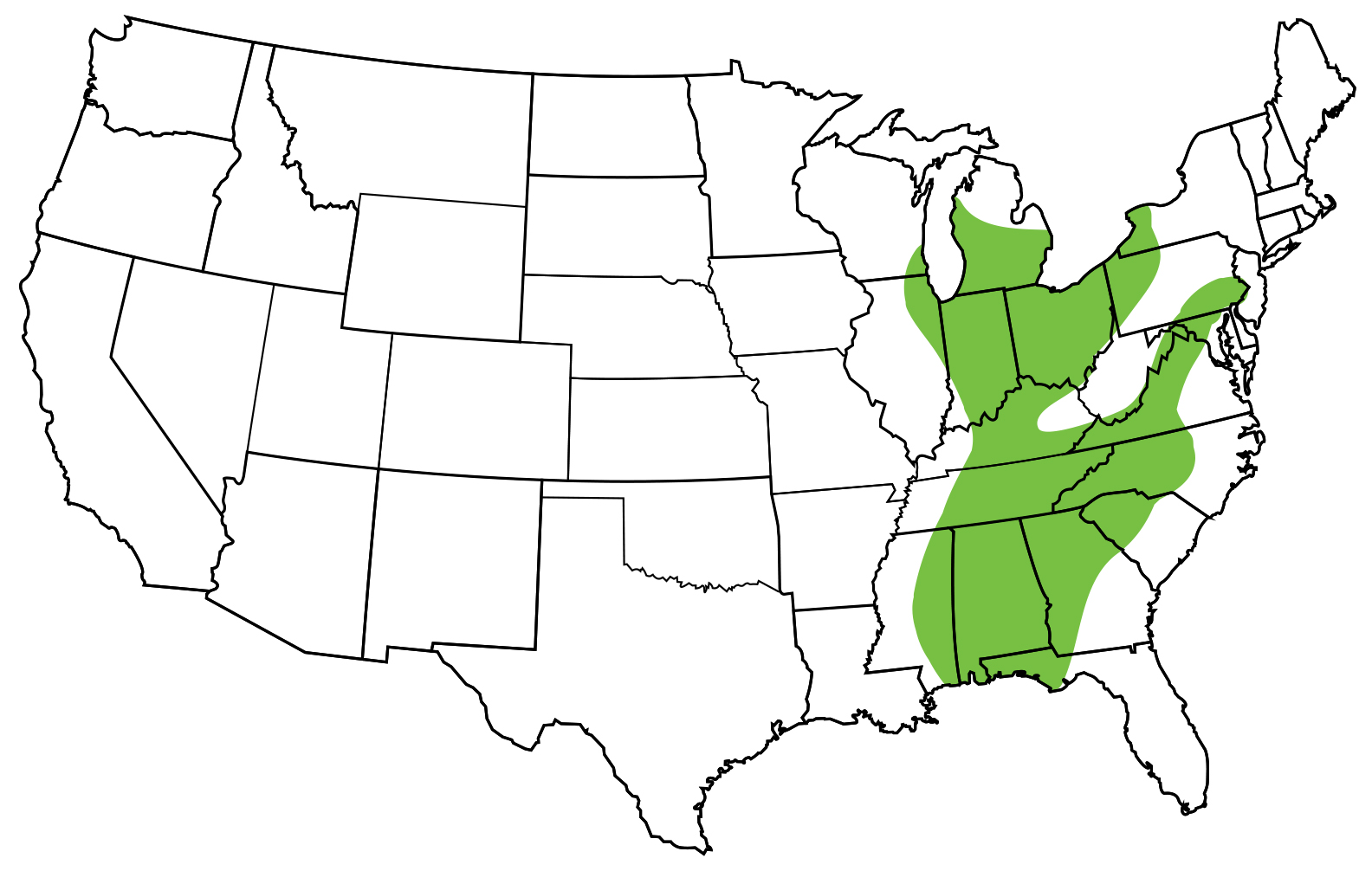