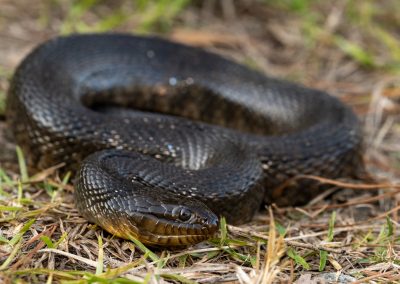 Description: Adults are large, heavy bodied snakes and have a uniformly greenish brown dorsum with a pale-whitish, unmarked belly. This is the largest species of Water Snake in North America and can reach 30 – 55 inches (76 – 140 cm) in length. Females are generally larger than males. Juveniles have a distinct crossbar pattern on their dorsum. All individuals have keeled dorsal scales and subocular scales separating the eye from the upper lip (labial) scales.

Natural History: This species shows a preference for open, non-flowing aquatic environments with a good amount of vegetation floating on the surface or lining the edges. These aquatic systems include shallow lakes, ponds, freshwater marshes or Carolina bays. They do not occur in flowing water ways such as rivers and streams.

They are most commonly observed basking atop floating vegetation or crossing roads at night or while it is raining. They have been reported to feed on small fish and amphibians, but much is left to be learned about this snakes diet and ecology.

Similar Species: The Plain-bellied Water Snake also has no distinctive patterning above or below, but generally has more reddish coloration on the underside and does not have a series of subocular scales between the eye and the lip.

Cottonmouths (Agkistrodon piscivorus) typically has a thicker, more triangular shaped head and more white on the face. However, if you are not certain of a snakes identity, do not approach or handle the snake. 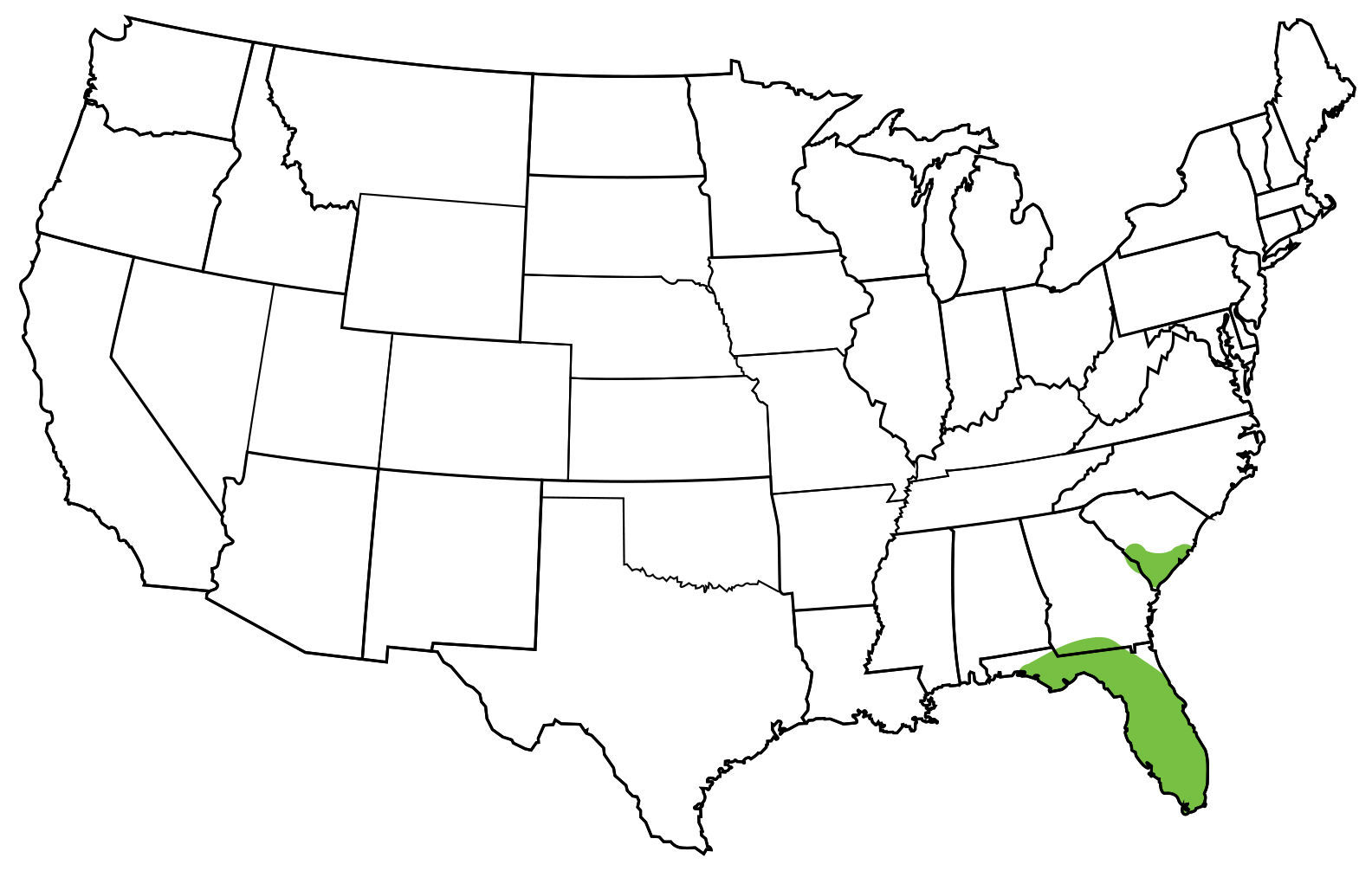