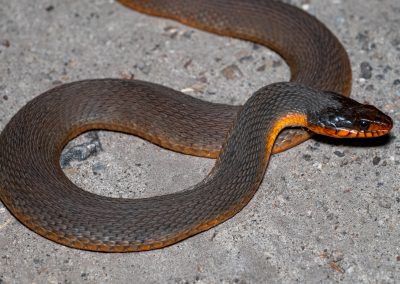 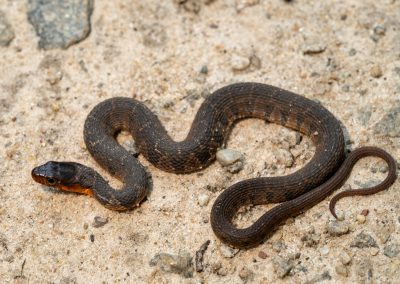 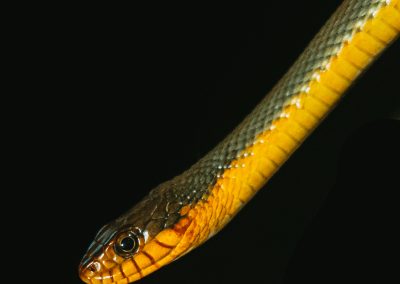 tDescription: A fairly large bodied snake achieving an average adult length between 30 – 48 inches (76 – 122 cm). Adults are plain brown above with keeled scales and a contrasting reddish or yellowish belly coloration. The belly is unmarked.

Differing from the adults, juveniles are strongly patterned with dorsal blotches alternating with lateral bars. The blotches are deep brown while the ground color possess a pinkish hue. This pattern fades with age, however some adults may still have some residual patterning. The belly remains unmarked.

Natural History: This species can be found in a variety of freshwater wetlands such as rivers, swamps, marshes, and drainage ditches. However, it can also be found on land with no immediate proximity to water. This species is known to be found further from water than any other water snake in its region. Perhaps as a result of this, or a driving factor, frogs make up the majority of this snakes diet. They will also consume other amphibians and fish.

Similar Species: Other Water Snakes (Nerodia sp.) in the region may have a plain brown dorsum, but they will have markings on the belly. This snake can also superficially resemble Cottonmouths. However, Cottonmouths typically will have a wider head, pit organs just behind their nostrils, and elliptical pupils. The upper lip (labials) scales of Cottonmouths are un-patterned. If you are not confident in your identification, please avoid approaching or handling the snake.

Distribution: This snake is found in the eastern portion of Virginia, down through the Carolinas and Georgia, into the panhandle of Florida. The range continues west to Eastern Texas and then north through Oklahoma, Kansas and there are even isolated populations reported as far north as Michigan.

Notes: There are six subspecies found throughout its range. Most can be distinguished by range and belly coloration. The subspecies most common in South Carolina is commonly known as the Red-bellied Water Snake (Nerodia erythrogaster erythrogaster) 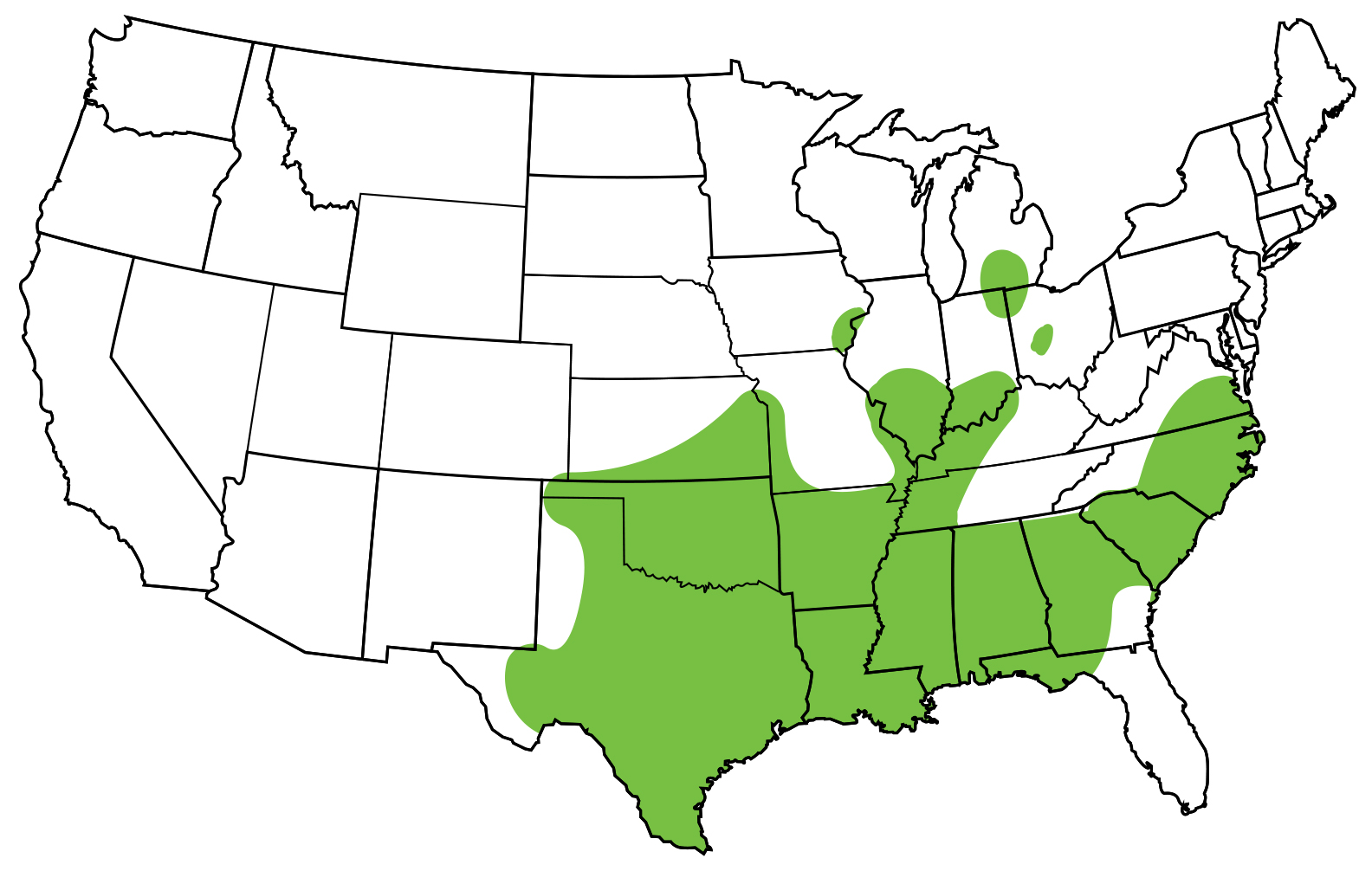