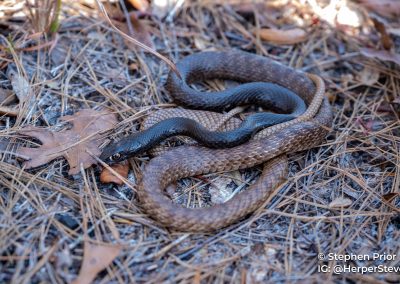 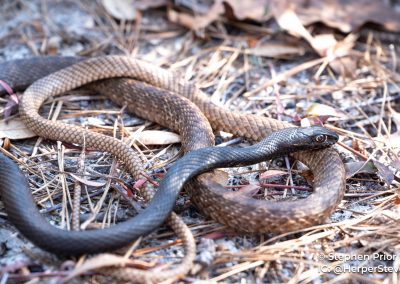 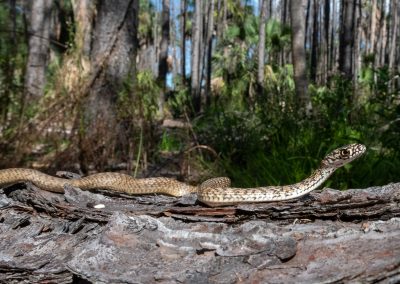 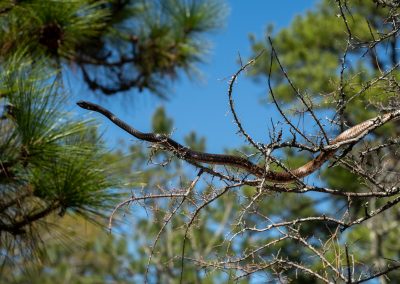 Description: A long slender brown snake with a dark brown head coloration that fades to light brown or tan further down the body. This is one of the longest snakes in the Southeastern United States with adults reaching over 72 inches (244cm) in length. The dark edging to the smooth tan scales makes the snake resemble a braided whip which gives the snake its name. Juveniles are tan on their whole body and may have irregular dark bands on the head and neck.

Natural History: The Coachwhip is most commonly found in open habitats with xeric or well drained soils. This includes maritime forest, coastal dunes, pine forests, sandhills, prairies and farm fields. They are active during the daytime as they hunt by sight. The are most frequently encountered during hot summer days foraging for Six-lined Racerunners (Aspidoscelis sexlineata) and Skinks (Plestiodon sp.). Coachwhips are extremely fast snakes and will chase down their prey and consume their prey alive without constriction. They have also been known to eat small mammals, birds, insects, and other snakes.

Predators of this snake include birds and mammals. When threatened this snake will quickly retreat to the closest hiding location. If cornered it is not afraid to defend itself by rapidly striking in the direction of its predator.

Similar Species: The long slender shape and bi-coloration of the adult should make this snake readily distinguishable from all other brown snakes in the Southeastern United States. Young Coachwhips may slightly resemble young North American Racers (Coluber constrictor), but Racers are darker gray or black in coloration.

Distribution: The Coachwhip is found across the southern half of the United States. They are found from North Carolina down to Florida, and then extending all the way northern Mexico and Southern California. 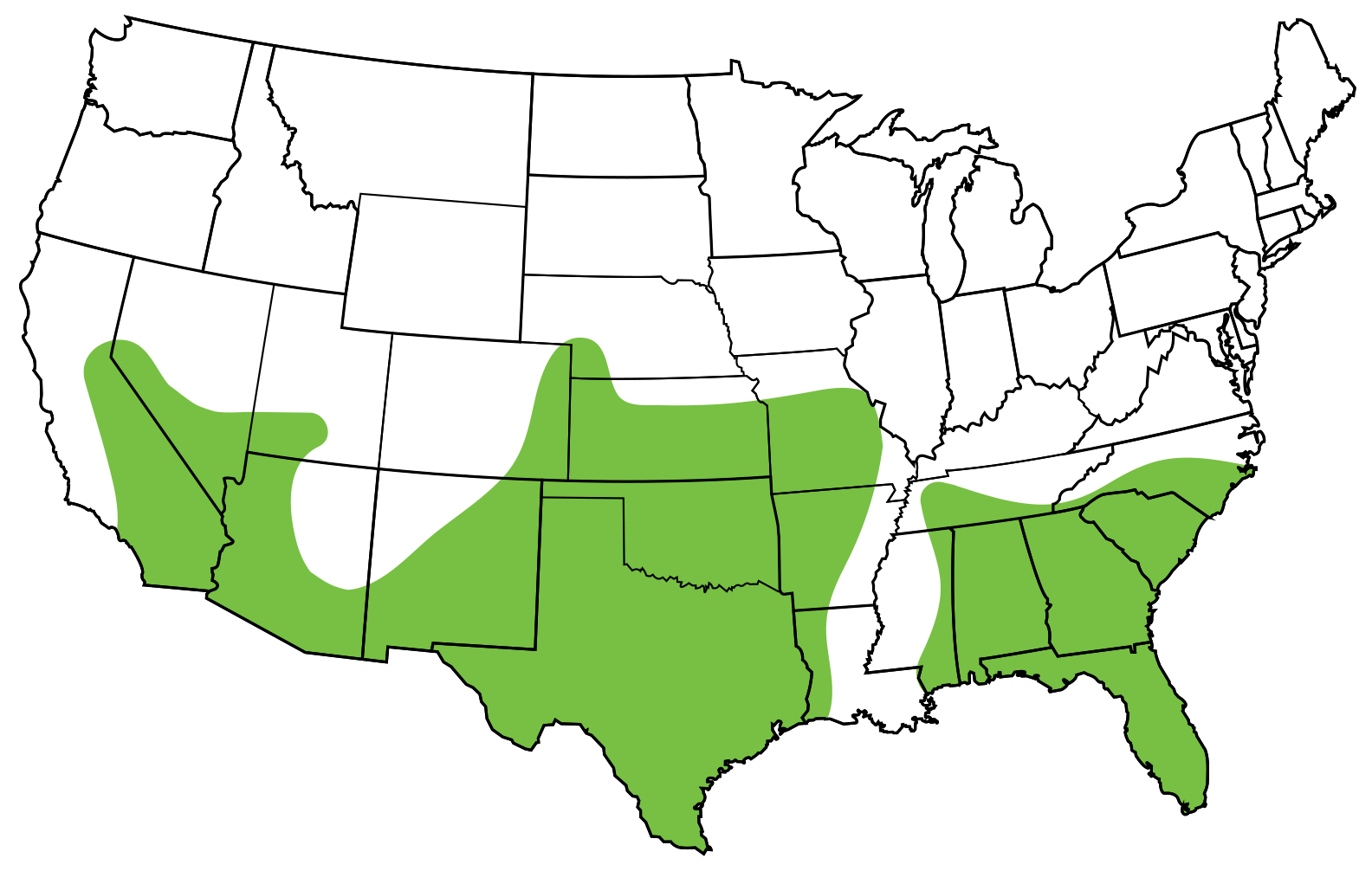