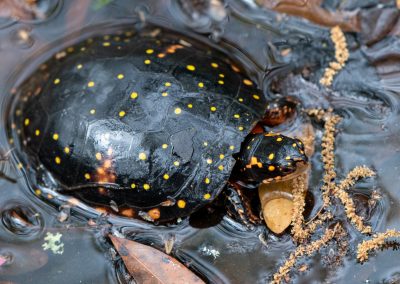 Description: The Spotted Turtle is small (3-5 inches, 8-12 cm) with a black shell sprinkled with yellow spots. The number of yellow spots can vary based on region and age. Younger turtles tend to have a single yellow spot on each carapace scute, while older turtles may have many, few or no spots at all. The plastron (or bottom of the shell) is unhinged and yellow to orange in color with dark blotches. The head and legs also may be spotted and tend to have a red to orange highlight. Male spotted turtles typically have red eyes and a concave plastron. Females have yellow eyes and a flat plastron.

Natural History: This small turtle is secretive and uncommon throughout its range. It has a resides in shallow, permanent wetlands with a lot of aquatic vegetation. This includes fresh water marshes, Carolina bays, bogs, and cypress swamps. They are most frequently on warm winter days or in early spring basking on debris or vegetation. They can be found on walking on land, and it is thought that they spend the warmer months burrowed underground. The diet of these small turtles mainly consists of aquatic vegetation and small invertebrates. they will also eat aquatic amphibians, small fish, and carrion.

Distribution: The Spotted Turtles is most common in the coastal plains and Piedmont and the range extends from southern Maine to central Florida. It is also found around the great lakes in Illinois, Indiana, Ohio, Pennsylvania and Michigan. 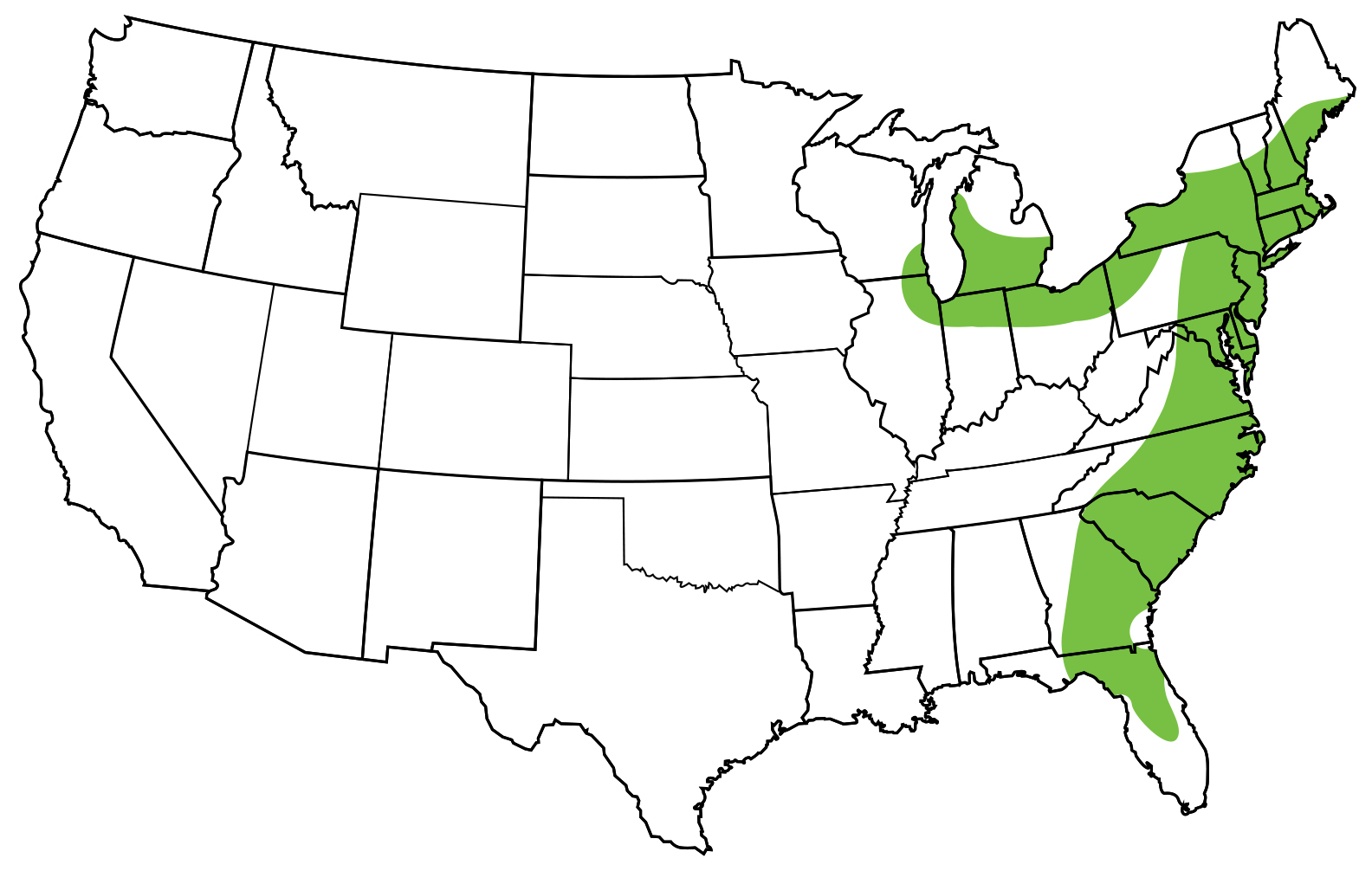