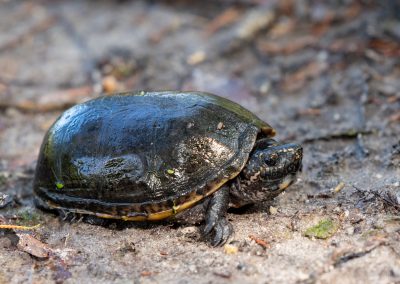 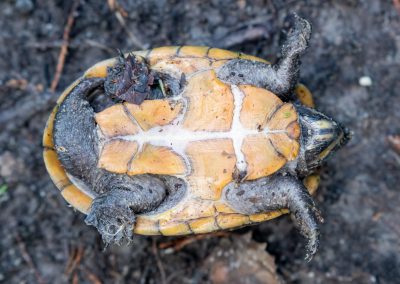 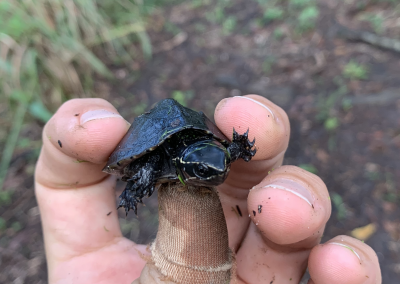 Description: Also known as a Stinkpot, this small turtle has a brown to dark brown high domed shell with a small, light brown to yellowish plastron (underside). The plastron has a single hinge. The head is relatively large, typically striped and has barbels on chin and neck. Hatchlings are less than an inch in length and have a noticeable keel going down the center of the shell.

Natural History: Unlike other members in the family Kinosternidae, the Musk Turtle rarely travels on land. As such, it is not very common in isolated wetlands such as ephemeral pools, or drainage ponds. Instead, it can be a common resident in permanent wetlands with connections to other water sources. Such as rivers, streams, swamps, flood plains, and impoundments. They can be observed basking on the edges of wetlands atop overhanging limbs. They forage by walking on the bottom of the wetland, probing their head in the substrate. They consume a variety of insects, crustaceans, and aquatic vegetation.

Distribution: This turtle is found throughout the east coast of the United States from coastal Maine, down to peninsular Florida. They are found as far west as central Texas and can be found as far north as Southern Michigan and into Canada. 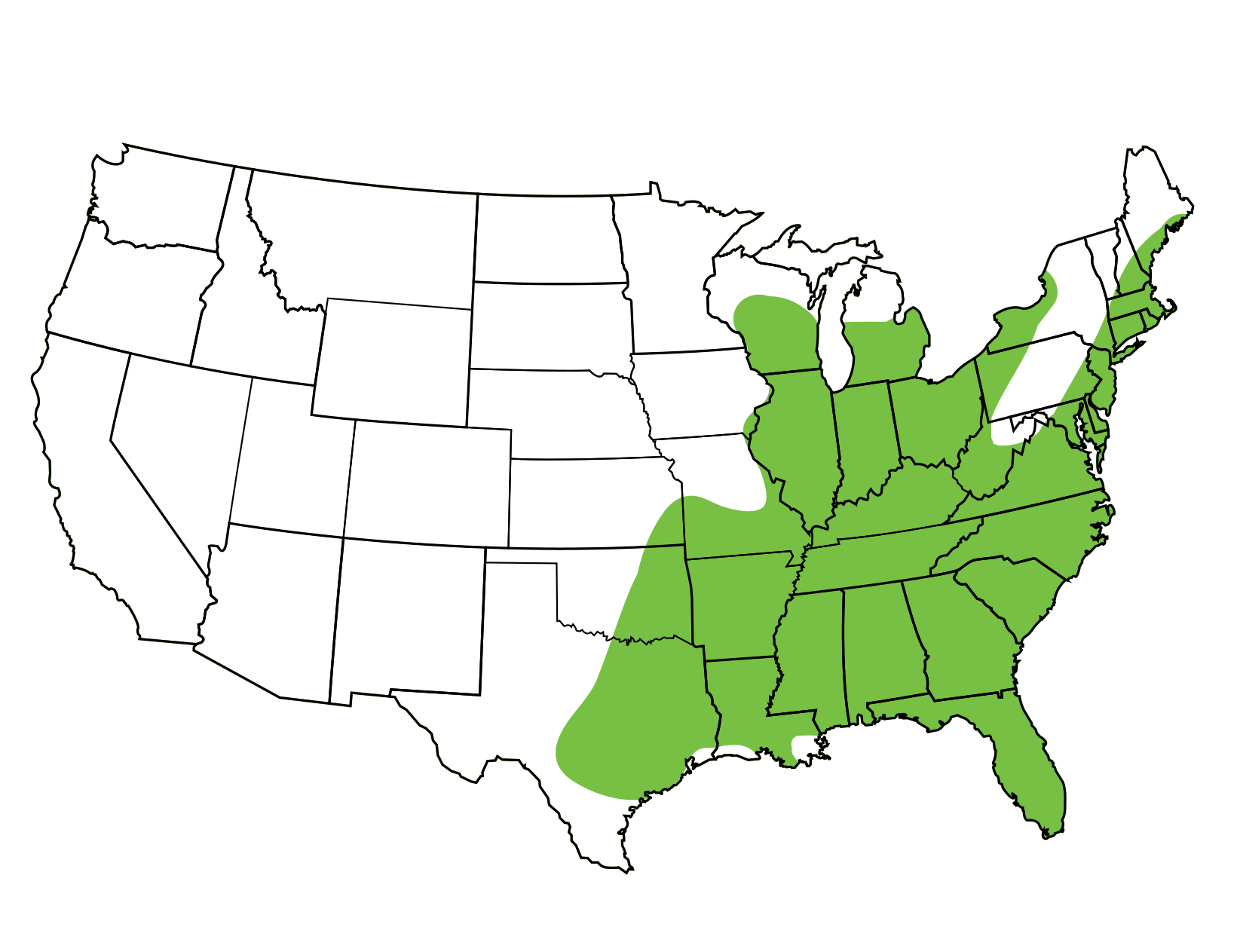