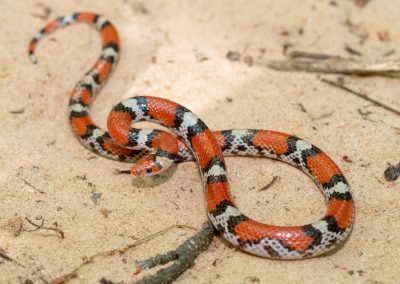 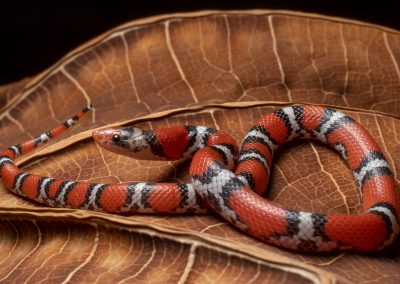 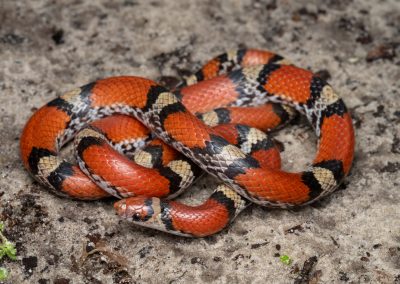 Description: The scarlet snake is a small slender snake that is vibrantly colored. The average adult length is between 14-26 inches (36-66cm). They have large red spots boarded by black that extend from one side of the snake to the other and separated by white or yellowish ground coloration. From above, the snake looks as if it has a series of red, black and yellow bands extending down the body. The top of the head is red and the underside is solid white in coloration.

Natural History: This small snake spends most of its days hidden under leaf litter and debris on the forest floor. They can be found in a variety of forested habitats, but seem to prefer habitats with sandy or loose soil. During the warmer months, it will venture out at night forage on the surface. It is most frequently encountered under logs or crossing roads in the evening hours. They are also common residents of personal gardens and often found when planting or weeding a garden area.

Their diet mainly consists of reptile eggs. They will swallow these eggs whole. Or if the eggs are too big, they will utilized specialized teeth to break open the egg shell and consume the liquid insides. They also eat other small reptiles and amphibians like lizards, snakes, and frogs.

Similar Species: This is one of three snakes in the Southeastern United States that has red, yellow and black in its pattern. The Eastern Coral Snake (Micrurus fulvous) is a venomous species and uses these colors as aposematic coloration or warning colors. The Eastern Coral Snake has full bands and the pattern sequence generally goes red, yellow, black, yellow, red. The head of the Coral Snake is larger than the scarlet snake and the front of the head is black.

Distribution: This snake is found throughout the Southeastern United States and as far west as central Texas. There are a few populations found as far north as New Jersey, Kentucky and Illinois. 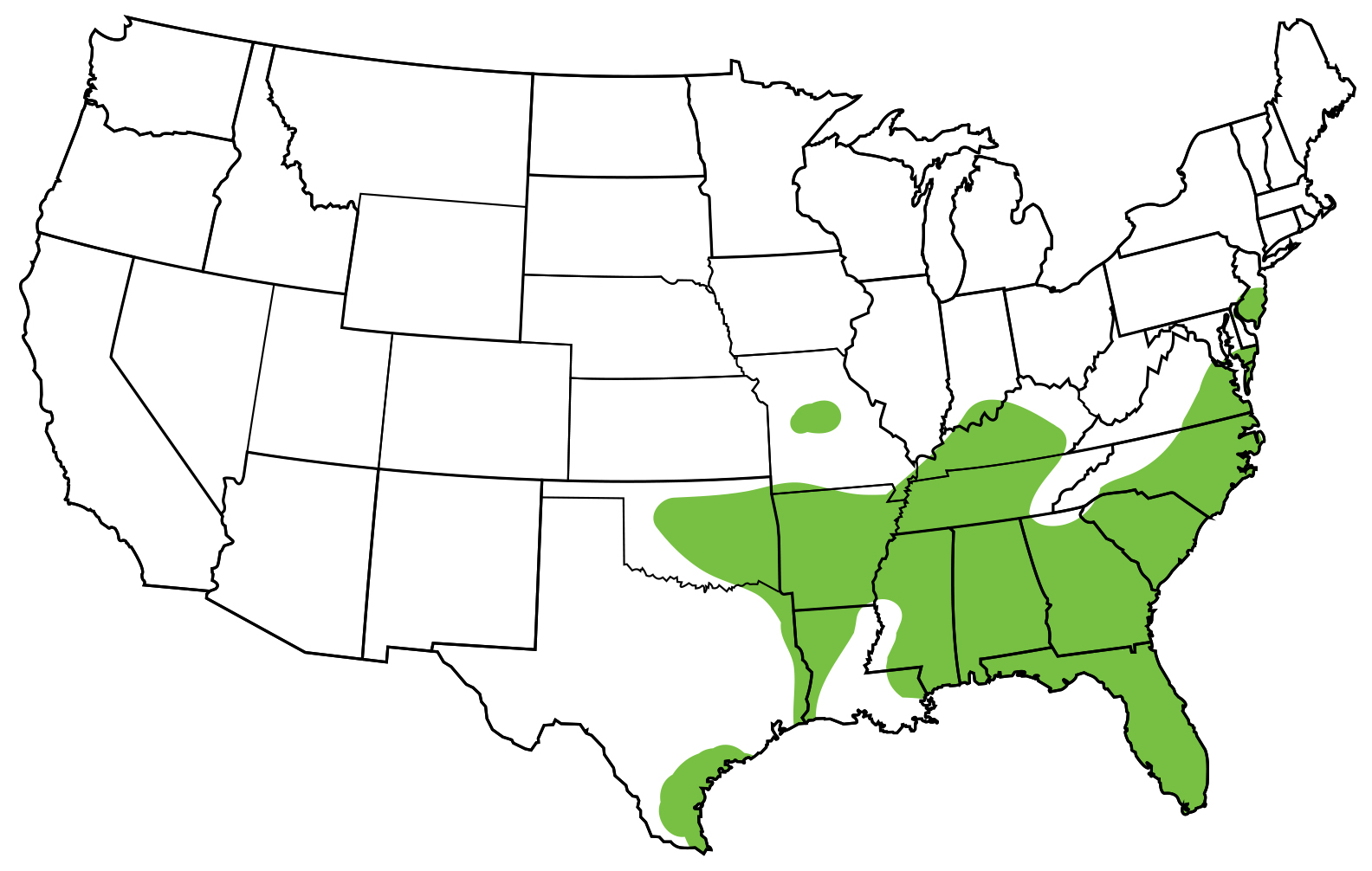