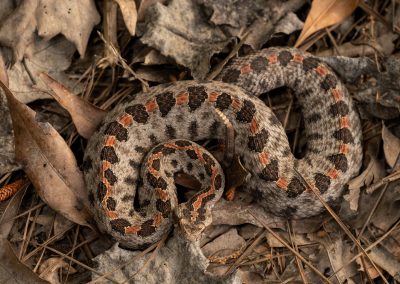 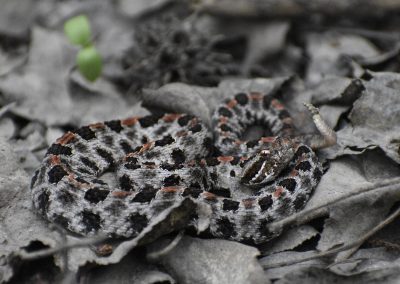 Description: As its name suggests, this venomous rattlesnake is small in size. Adults average between 14-22 inches (38-56cm). They have keeled scales, a stout gray, tan or pinkish body, and irregular shaped dark blotches going down the back. They usually have a reddish or orange stripe going down the spine of the back. The tail is yellowish and ends in a small rattle. The face has a dark bar running from behind the eye to the base of the jaw. Like other pit vipers they have a broad head with facial pits between the nostrils and the eyes.

Natural History: This snake is found in a variety of habitats from upland pine forests and Sandhills to the edges of swamps and bottomland hardwood forests. Certain subspecies show preferences for different habitat types. These well camouflaged snakes spend most of their time well hidden in leaf litter and forest floor debris waiting to ambush lizards, amphibians, and small mammals. They are most commonly encountered during warm summer evenings crossing the roads.

Similar Species: They can be distinguished from other rattlesnakes and pit vipers by their small size, tiny rattle, and blotchy patterning.

Distribution: This snake is found in the Southeastern United States. From North Carolina to Central Texas.

Notes: There are three recognizable subspecies of pygmy rattlesnakes. The two that occur in the southeast show different preferences in habitat selection. The Carolina Pygmy Rattlesnake (S. m. miliarius), is generally pink or oranger in appearance, and is most commonly found in habitats with sandy well drained soils. While the Dusky Pygmy Rattlesnake (S. m. barbouri) is grayer and darker in appearance and has a preference wetland edges in hardwood forests. 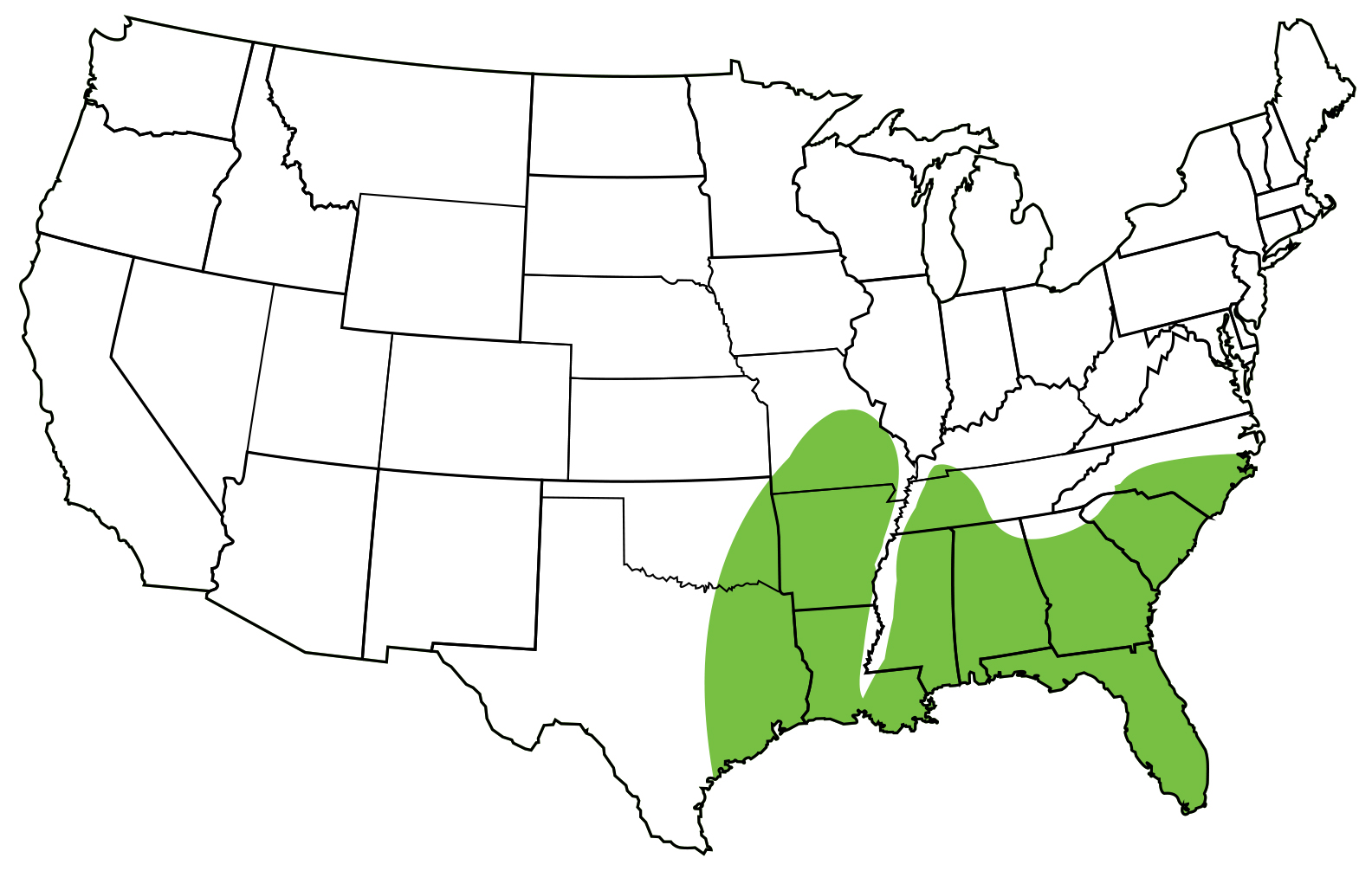