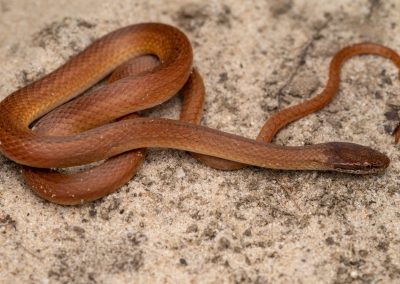 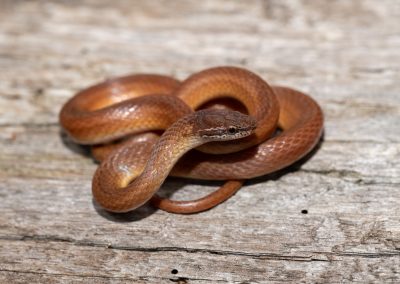 Description: This is a small slender snake with an average adult length of 10-13 inches (25-33 cm). The scales on this snake are smooth and the dorsal coloration varies from a golden brown to a light reddish brow. The ventral scales are a pale and unmarked. The top of the head is a darker than the body and a key identifier of this snake is the dark stripe on the face passing through the eye. This snake is also known as the “Yellow-lipped snake”, named after the pale to yellowish lip (labial) scales– though there is significant variation in this trait across its range.

Natural History: The Pine Woods Littersnake can be found in a variety of woodland habitats, but are most frequently encountered in or near damp depressions in pine flatwood forests. With its small size this snake can be very secretive, even in habitats where it is quite common. They can be found under logs, in leaf litter, under bark and in rotting logs and stumps. Their diet mainly consists of small amphibians and reptiles, which they subdue with a mild-venom that is not dangerous to humans.

Similar Species: Smooth scales, a dark head, and a dark line passing through the eye should be sufficient in distinguishing this species from other small brown snakes in its range.

Distribution: This snake has a scattered distribution throughout the Southeastern United States. Generally found along the coast, populations are known from the southeastern edge of Louisiana, into peninsular Florida extended up to the south coast of Georgia, and then across the coastal plains of South Carolina. The furthest inland this snake was recorded was in Aiken County, SC. 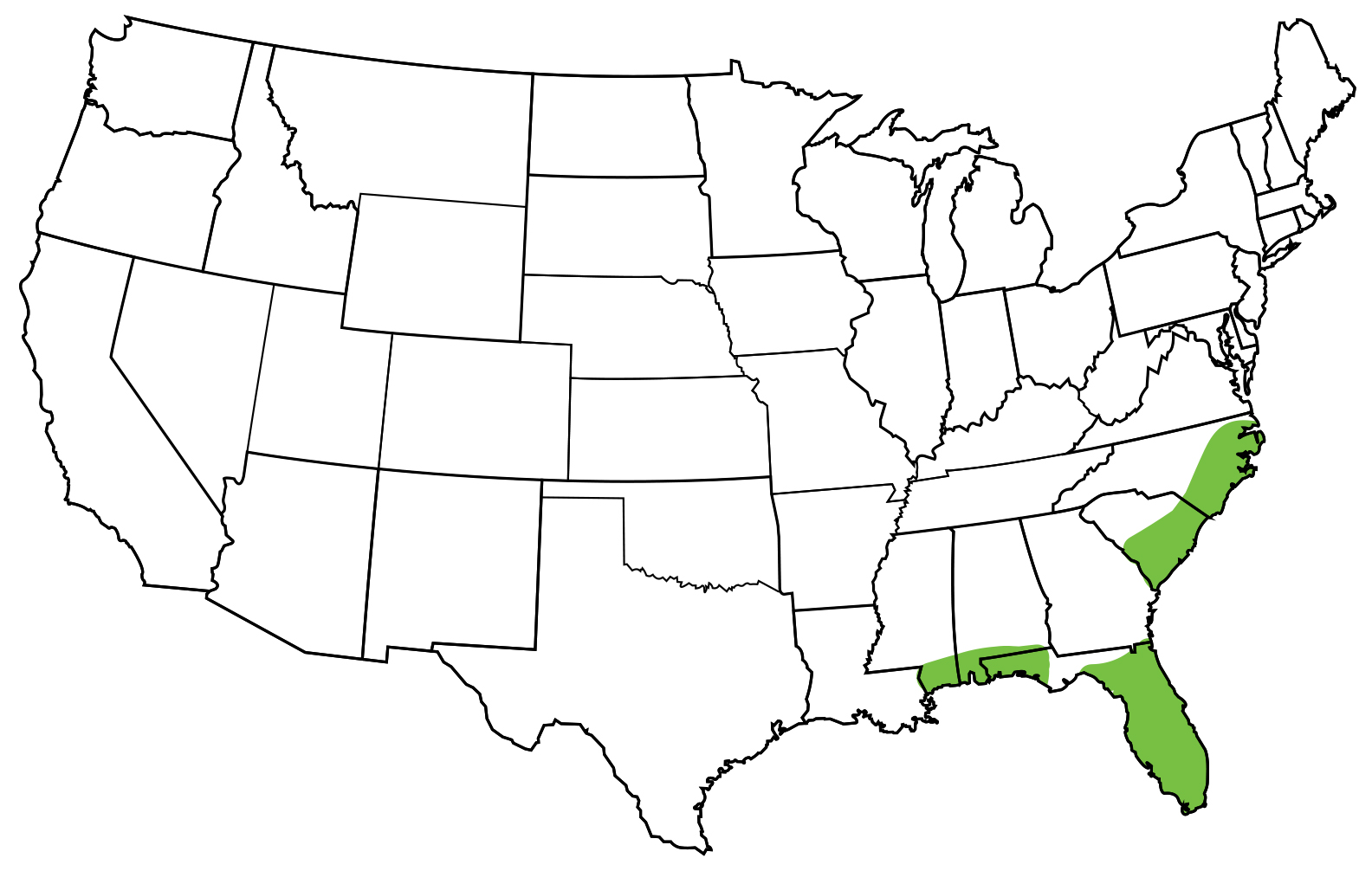