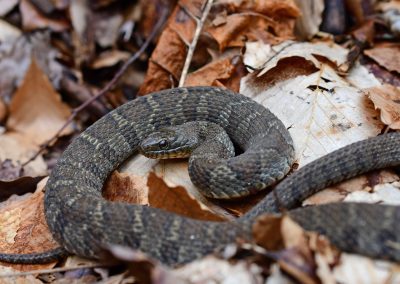 Description: Adult Northern Watersnakes have keeled scales and are generally tan to dark brown in coloration with deeper brown or reddish square blotches on the back and sides. These blotches appear as full bands towards the front of the body, and become more distinctly separate and alternate towards the back of the body. The belly is pale to pinkish with two or more irregular half moons on each ventral scale. Adults average in size from 24-55 inches (61-140cm) and juveniles are more vibrantly patterned than adults.

Natural History: This snake can be found in almost any aquatic system in its range. This includes lakes, ponds, rivers and streams. They are predators of variety of fish and amphibians.

They are most commonly seen basking on rocks or edges of wetlands during the day. They will quickly retreat into the water when approached and if they are cornered they will flatten their body and head to appear larger. If grabbed they will musk and will not hesitate to bite their captor repeatedly.

Similar Species: This snake is often mistaken for the venomous cottonmouth (Agkistrodon piscivorus). The cottonmouth has darker and lighter cross bands going down the entire body and a large angular head with a notably distinct neck. The bands at the front of the body turning into alternating blotches on the back and side should help distinguish the Northern Watersnake from other watersnakes that overlap in range.

Distribution: This snake is found in eastern and central North America. The range extends from Maine through western South Carolina and Georgia. Then west into central Texas. 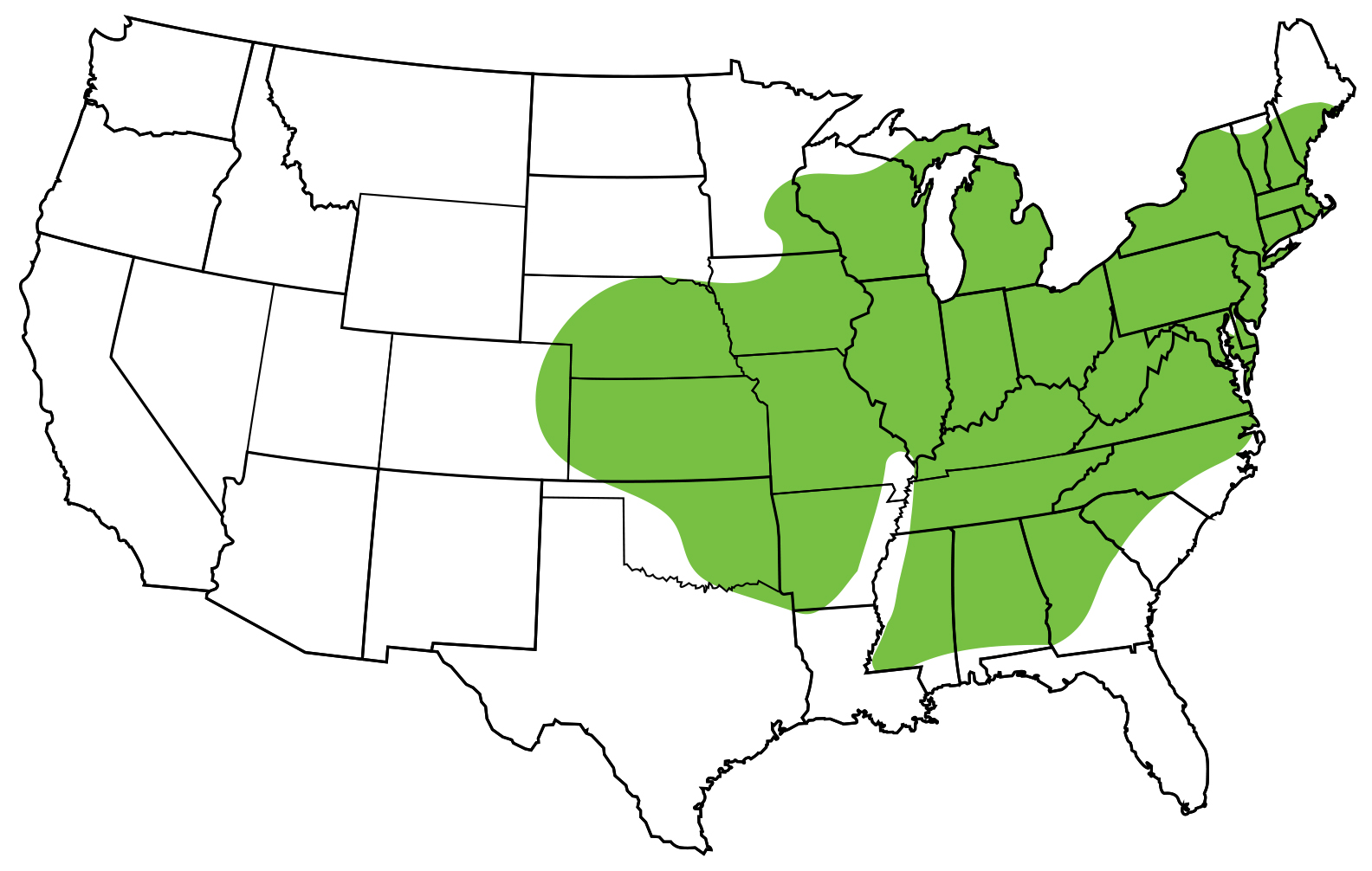