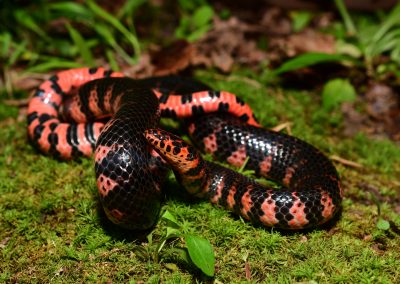 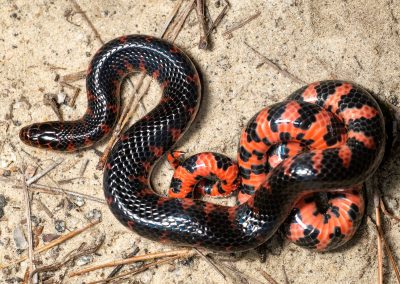 Description: The Mud Snake is a long, fairly heavy-bodied snake, and can reach up to 80 inches (207cm) in length. It is glossy black in coloration with a red checkerboard pattern on the belly that extends up to the sides. In some populations this belly coloration can be pink or white. The scales are smooth and they have a hard, sharp spine at the end of their tail. Juveniles are similar to adults, but with more red patterning extending up on the sides of the body.

Natural History: This secretive snake is almost fully aquatic. It is found in still or slow-flowing wetlands with a good amount of aquatic vegetation. Typical habitats include swamps, marshes, and Carolina Bays. Most of their lives under water, but may be encountered moving on land during warm rainy or humid nights.

They forage at night and specialize on aquatic salamanders. The adults show a strong preference for giant salamanders, such as sirens and amphiumas. They are in turn consumed by alligators, other snakes, and likely wading birds. When threatened they rarely ever bite. In stead they will hide their head beneath their body and display the vibrant underside of their tail. If handled they may harmlessly prod their captor with the tip of their tail.

Similar Species: Though many water snakes (Nerodia sp.) have some red on their underside, the Mud Snake is easily distinguished by its smooth shiny dorsal scales. The Black Swamp Snake (Liodytes pygaea) resides in a similar habitat, but has an all black dorsum and red coloration only on the ventral scales. The Rainbow Snake (Farancia erytrogramma) has three red stripes running the length of the snakes body.

Distribution: This snake is found along the coast of the Southeastern United States as far north as Virginia. They can be found throughout Florida and with the westward range extending to east Texas. 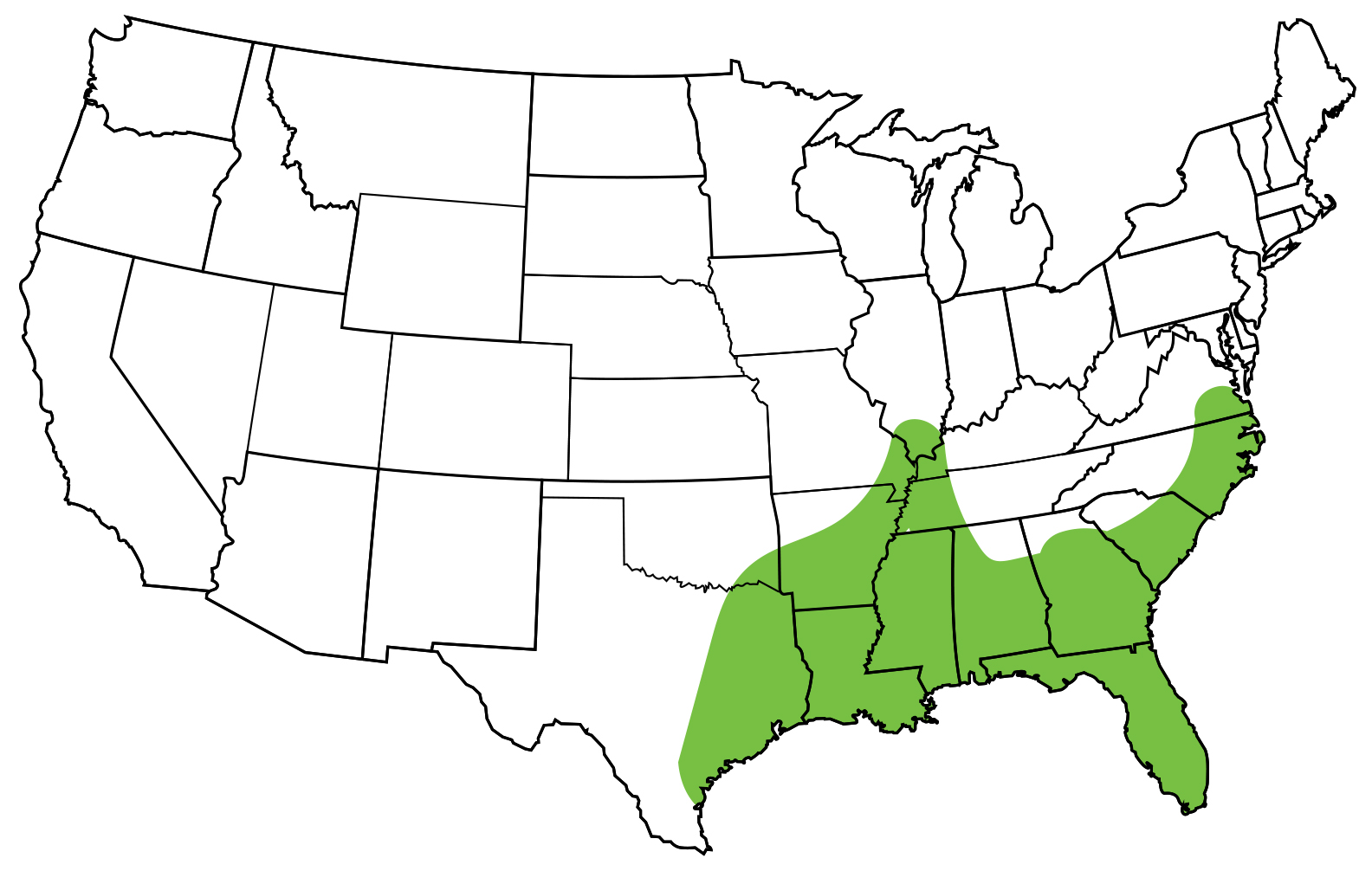