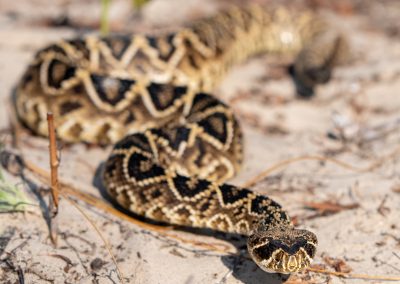 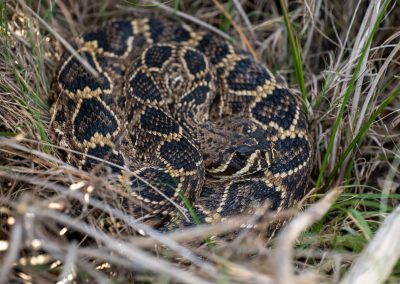 Description: The Eastern Diamond-backed Rattlesnake is the largest venomous snake in North America. Adults are heavy bodied and can reach lengths of over six feet (72in, 183cm). They are tan to light brown in color and are patterned with a series of dark diamonds, outlined in lighter scales, going down the back of the snake. The pattern fades closer to the tail and the tip of the tail has a well developed rattle.They have broad heads that are notably distinct from their neck and their face has two light stripes on either side of the eye.

Natural History: This rattlesnake prefers habitats with sandy, dry soils, such as coastal dunes, Sandhills, open pine forests, and hummock islands. They can be well hidden in dense, grassy areas and are often found coiled at the base of vegetation waiting to ambush unsuspecting small mammals. They have a preference for rabbits and rice rats.

In the winter months, this large snake will seek refuge in stump holes or burrows of other animals. In some portions of its range, this snake is reliant upon Gopher Tortoise burrows and can be seen basking at the burrow entrance during warm winter days.

When threatened or approached this snake will often rattle as a warning, but also might keep silent to try and avoid detection. They are highly venomous with large retractable fangs.

Distribution: Historically this snake was found in the Coastal Plain region from southern North Carolina, through peninsular Florida, and into Eastern Louisiana. However due to a decline in their population, this snake is thoughts to be extirpated from North Carolina and Louisiana (see notes).

Notes: This snake is listed as least concern by the IUCN Red List, but has declined significantly across its range. It is thought to be extirpated from North Carolina and Louisiana where sightings have not occurred since the 1990s. This species is currently under review by the USFWS to be added to the endangered species list. Leading causes of decline are habitat destruction and fragmentation, and targeted human caused mortalities. 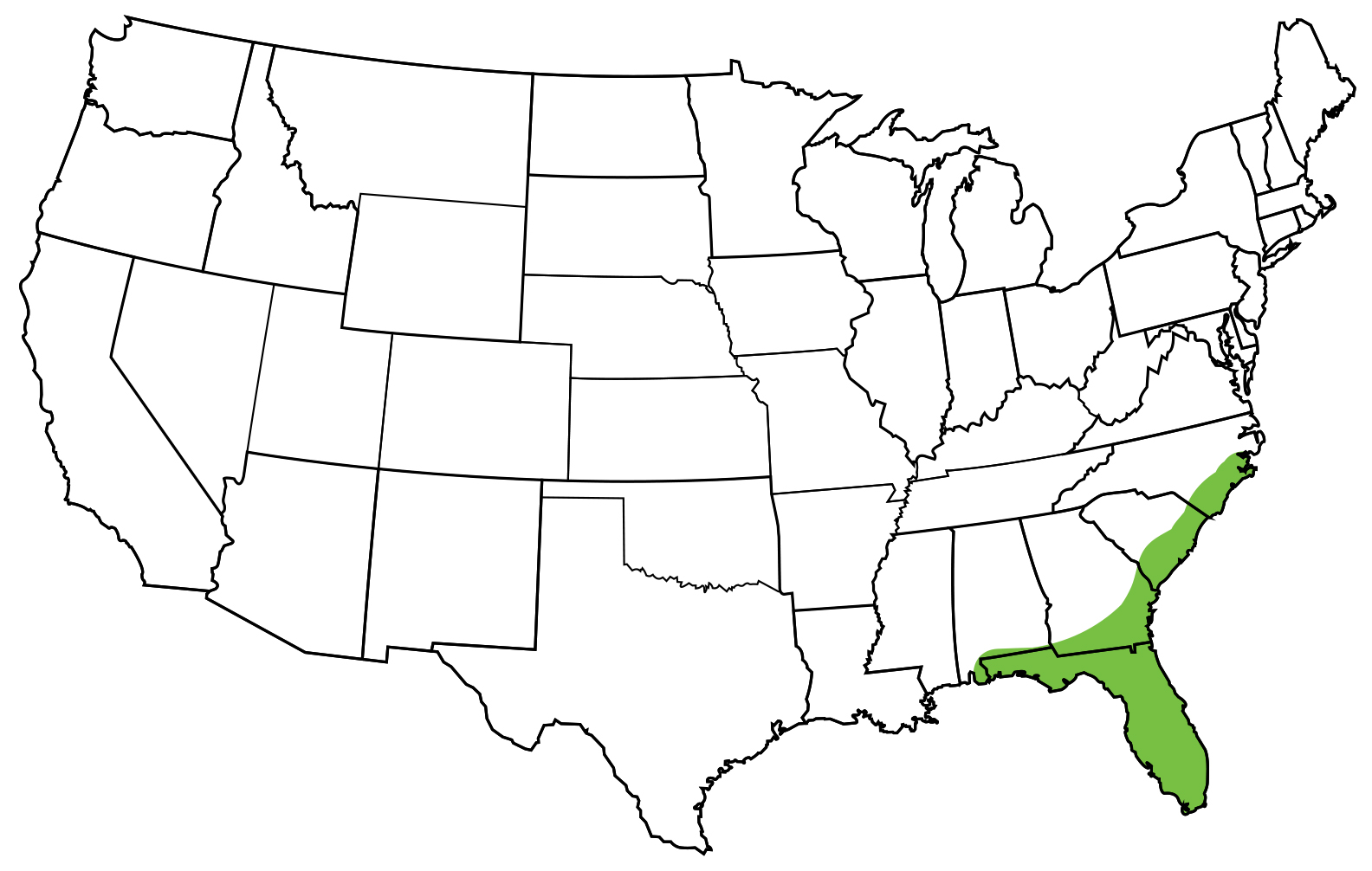