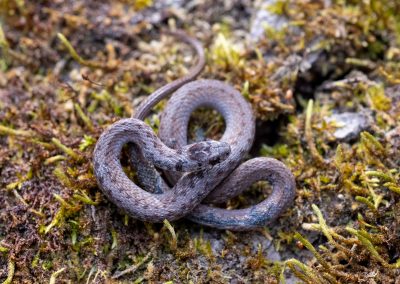 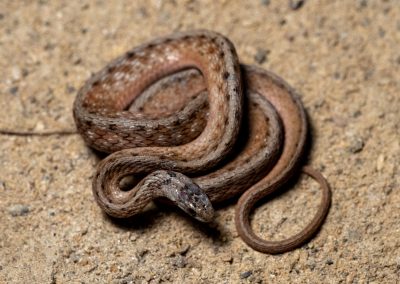 Description: This small gray, tan, or brown snake is usually under 20 inches (51 cm) in length when full grown. The top of the head is darker than the ground color of the body and they have dark streaks present on either side of the head. There may be a faint pale collar just behind the head. Most individuals have two rows of dark spots going down the length of the body and the belly is pale with some dark speckling.

Natural History: This small snake is most commonly found under objects and debris in a variety of terrestrial environments. It has a preference for woodland habitats and is usually found in close proximity to a wetland. However, this is one of the most common snakes encountered in residential areas where they can be found in gardens or under any yard object. They specialize in consuming soft bodied invertebrates such as slugs, snails, and earthworms.

Similar Species: The closely related Red-bellied Snake (Storeria occipitomaculata) looks similar from above, but has a noticeable red belly. Other small brown snakes in range, such as Earth Snakes (Virginia sp. and Halea sp.) and Worm Snakes (Carphophis sp.), lack any bold patterning on their dorsum.

Distribution: This snake is found in the eastern half of the United States. From central Texas, north to Minnesota all the way to East Coast. From Southern Maine, south to Peninsular Florida. 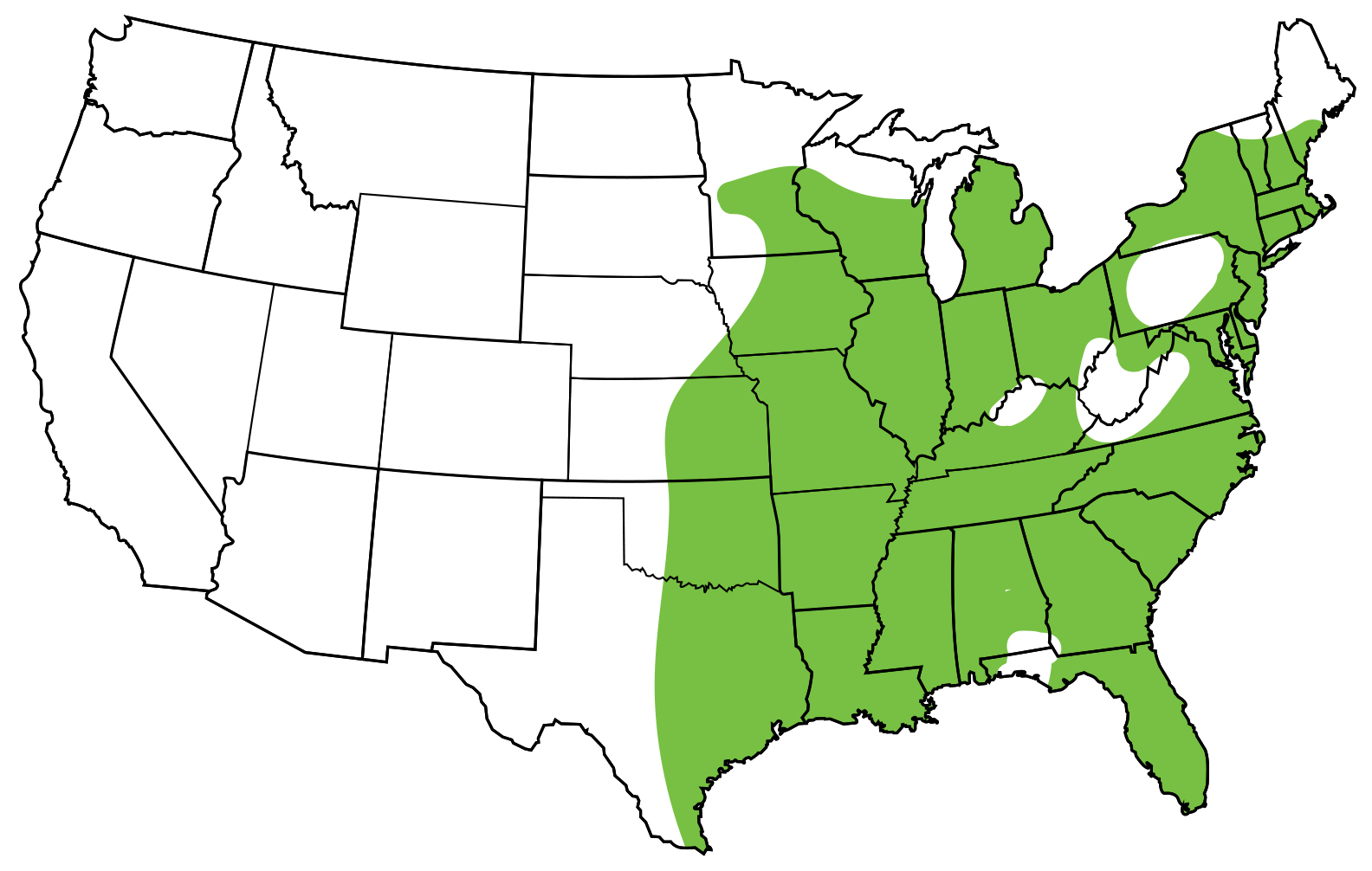