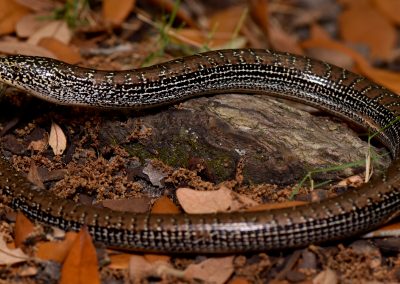 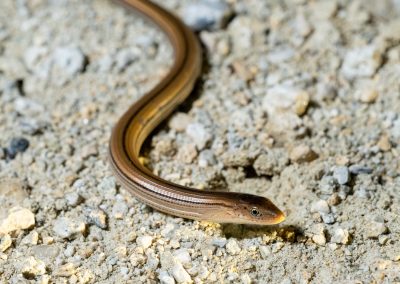 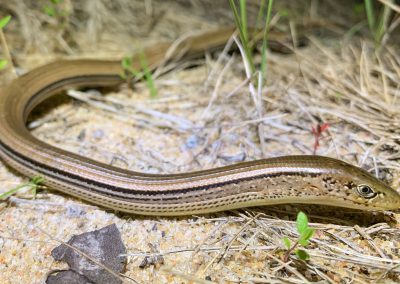 Description: Smooth scales, long slender body, and no limbs are traits of Glass Lizards. The Slender Glass Lizard is tan to greenish in coloration and has a prominent mid dorsal stripe extending down the length of the body. It has a series of parallel longitudinal strips on the sides of the body and several beneath the lateral groove. The underside is yellow to pale white. The adult size of this lizard is 22-42 inches (56-106cm) and young resemble adults with more prominent patterning.

Natural History: This glass lizard is predominately found on the floor of dry open forests or grasslands. They are diurnal, most active during the spring and early summer, and hunt mainly for small invertebrates. If restrained they very actively try to wiggle free and will readily break off their tail to distract predators while they quickly escape.

Similar Species: The Eastern Glass Lizard (O. ventralis) has no mid dorsal stripe, and the Mimic Glass Lizard (O. mimicus) has no stripes below the lateral groove. All snakes that bare similar coloration will have no external ear opening and no eyelids. 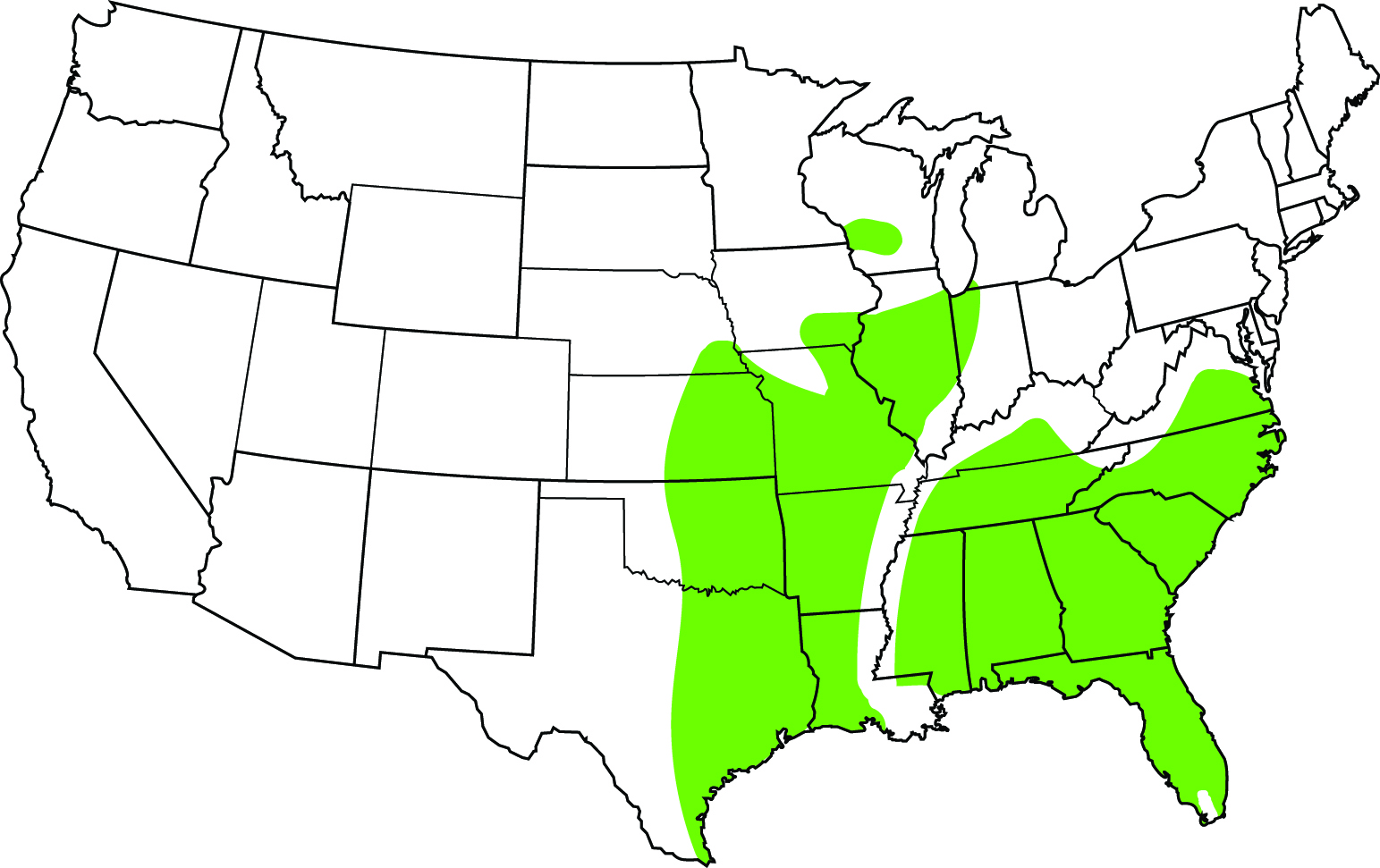