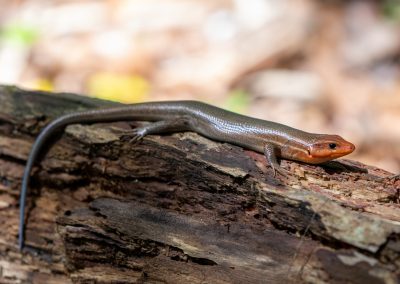 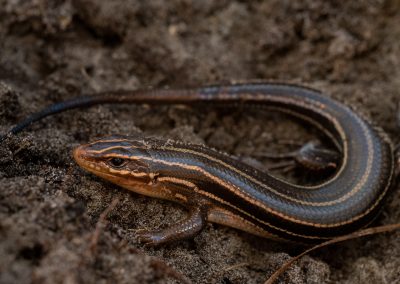 Description: This medium sized lizard has smooth shiny scales and is variable in coloration and pattern depending on age and gender. The average adult length is 5-8.5 inches (12-21cm) and males are generally larger. Adults often have five pale stripes extending down a brown body on to the tail. Stripes fade with age and females are more likely to retain stripes. Juveniles have five prominent stripes contrasting against a dark body and they posses a vibrant blue tail. During breeding season in the spring, male’s heads will change to a reddish orange. This lizard has four labial scales (upper lip scales) and two postlabials (scales just in front of ear opening). The ventral side of the tail has an enlarged middle row of scales. These features are helpful in distinguishing between similar skinks in this lizards range. See similar species for more information. 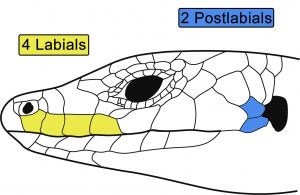 Natural History: This lizard is found in a variety of woodland habitats and is most commonly observed during the day foraging on the ground or perched on rotting stumps or log piles. They show a preference for damper habitats than the similar Southeastern Five-lined Skink (Plestiodon inexpectatus) and tend to be more terrestrial than the Broad-headed Skink (Plestiodon laticeps). They consume a variety of invertebrates, and in turn are consumed by birds, snakes, small mammals, and larger lizards. If they are restrained, they will readily drop their tail to distract predators as they flee.

Similar Species: The Southeastern Five-lined Skink (Plestiodon inexpectatus) and the Broad-headed Skink (Plestiodon laticeps) can be very similar in appearance and you may need the lizard in the hand to confidently diagnose the species. The Southeastern Five-lined Skink has evenly sized scales going down the ventral surface of the tail. The Broad-headed Skink has five labial scales and no post labial scales on the head.

Distribution: This lizard has a wide range and is found from central Texas up to Michigan, then east to Vermont, and south to north Florida. 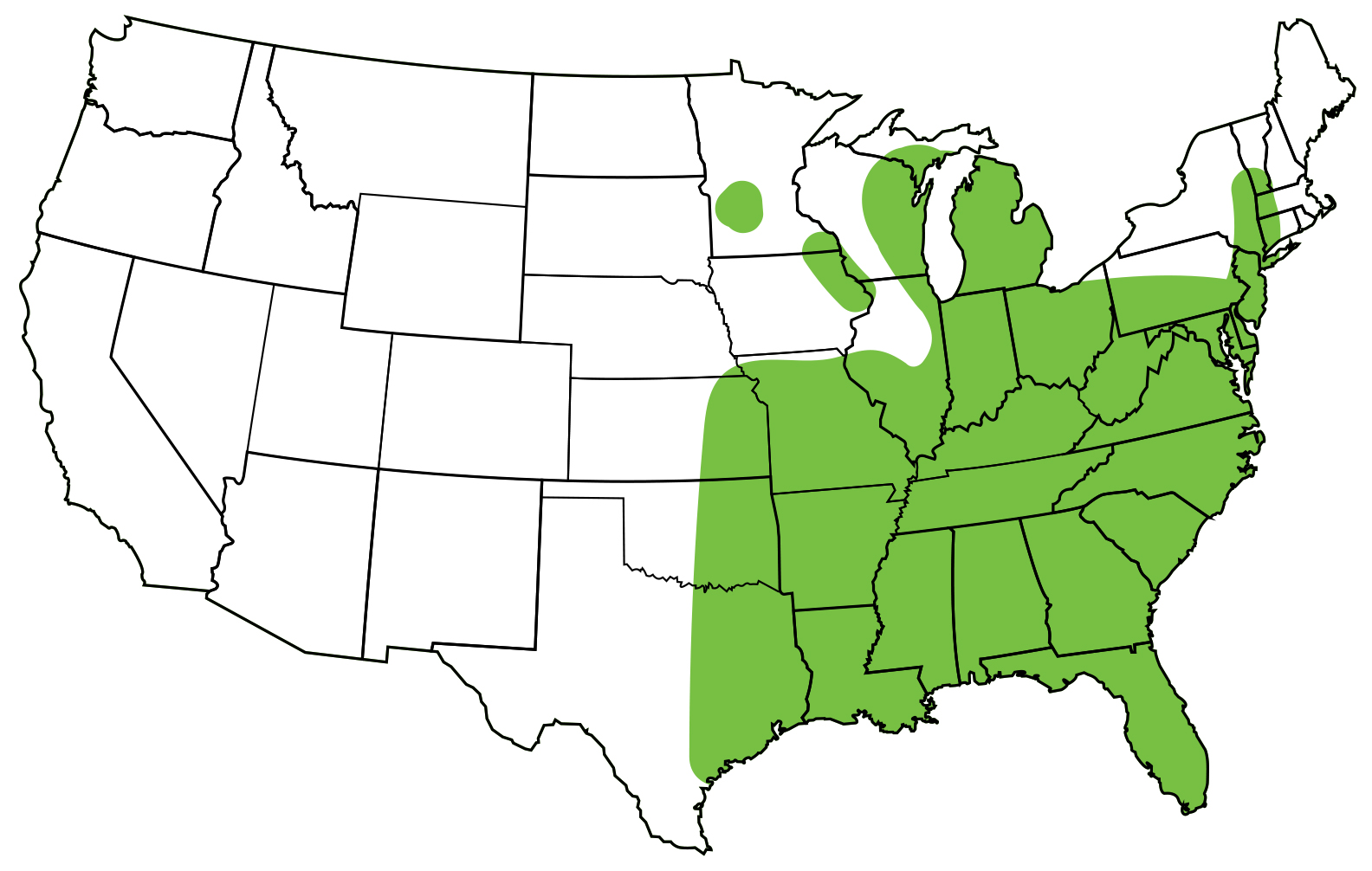