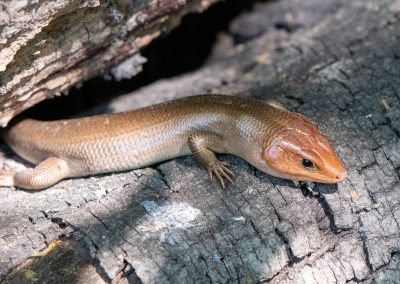 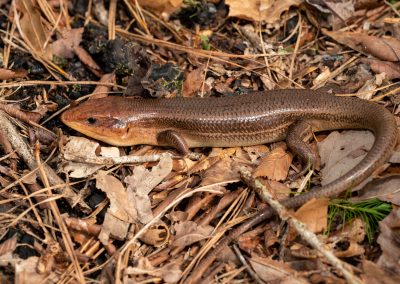 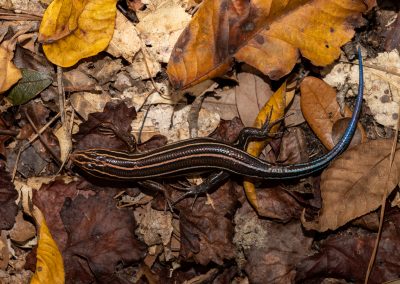 Description: This large skink has an average adult length between 6 and 13 inches (15-33cm). Males are larger and have a uniformly olive-brown body with a large orange-red head during the breeding season in the Spring. Females have smaller heads, dark brown body, with faint striping from the base of the head onto the tail. Juveniles have a black, ground color, a vibrant blue tail, and five white stripes extending down the body. At all stages this lizard has five labial scales (scales on upper lip), no large post labials (scales in front of ear opening), and have an enlarged middle row of scales on the ventral side of the tail. These characteristics are diagnostic to help distinguish between similar skinks. See similar species for more information. 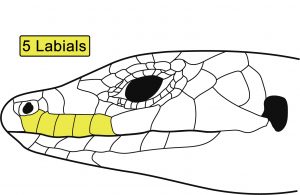 Natural History: These large lizards can be found in a variety of habitats, but prefer open forest with a lot of hardwood trees. It is probably the most arboreal skink in its range and it is often seen during the day basking or foraging on the branches of sprawling oak trees. They can also be found on the ground, but when approached will generally run to the nearest tree and high into the canopy. It makes use of tree cavities for refuge.

They consume a variety of invertebrates and larger individuals can consume small reptiles, amphibians, and even small mammals. They themselves are eaten by snakes, birds, and mammals. These lizards will readily break off their tail when captured to distract predators as they escape.

Distribution: This lizard is found throughout the Southeastern United States from Virginia to Central Florida. Its range continues west into central Texas. 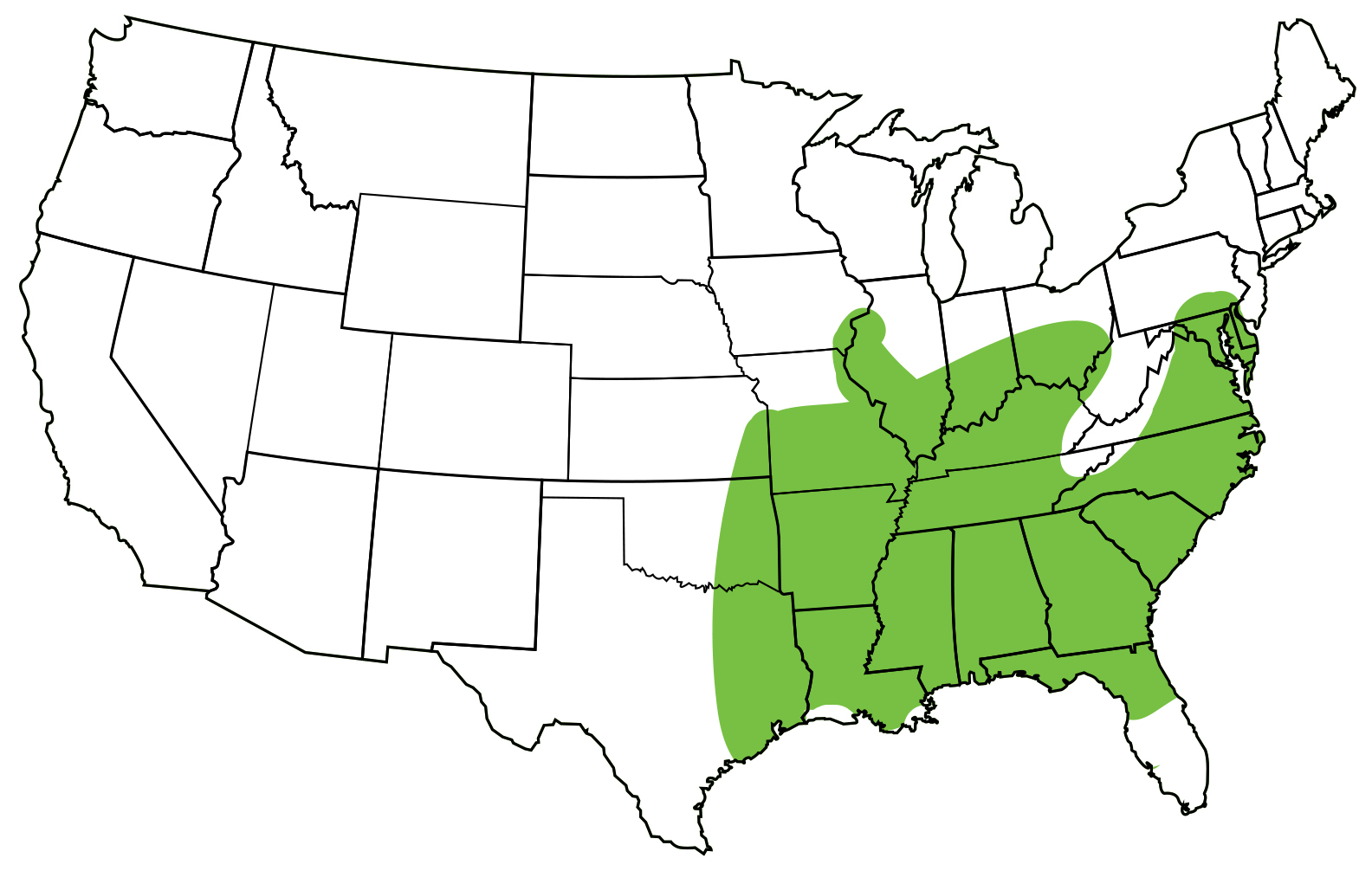