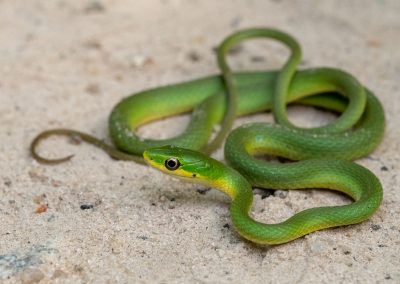 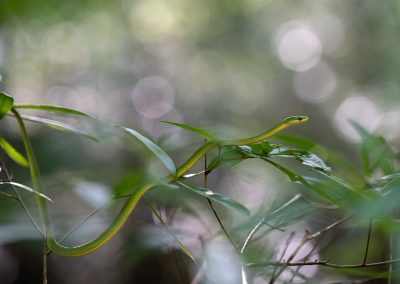 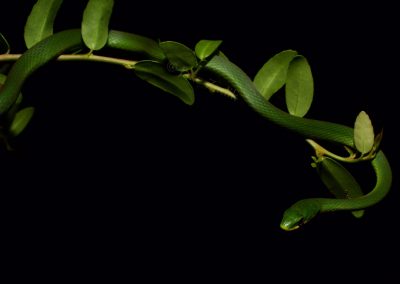 Description: A medium sized (24 – 35 inches), very slender snake that is green on the dorsum with a yellow to whitish belly. They possess large eyes and keeled scales. Juveniles closely resemble adults in appearance.

Natural History: This is one of the most aboral snakes in its range and is most commonly found climbing through bushes and tree tops. They are most active during warm days and their green coloration, and slow movements makes them quite challenging to detect. The majority of their diet is made up of invertebrates such as spiders, caterpillars, dragonflies, and grasshoppers. In turn they are consumed by almost any predator that can find them such as birds, fish, other snakes, lizards, and large spiders.

Distribution: The Rough Greensnake is found throughout the Southeastern United States and as far north as Pennsylvania. Their range extends westward to central Texas.

Similar Species: This is the only all green snake found in the Southeastern United States, however it is replaced by the almost identical Smooth Green Snake (Opheodrys vernalis) in the North. In the areas they overlap, the keeled scales on the Rough Green Snake help distinguish from the smooth scaled Smooth Green Snake. 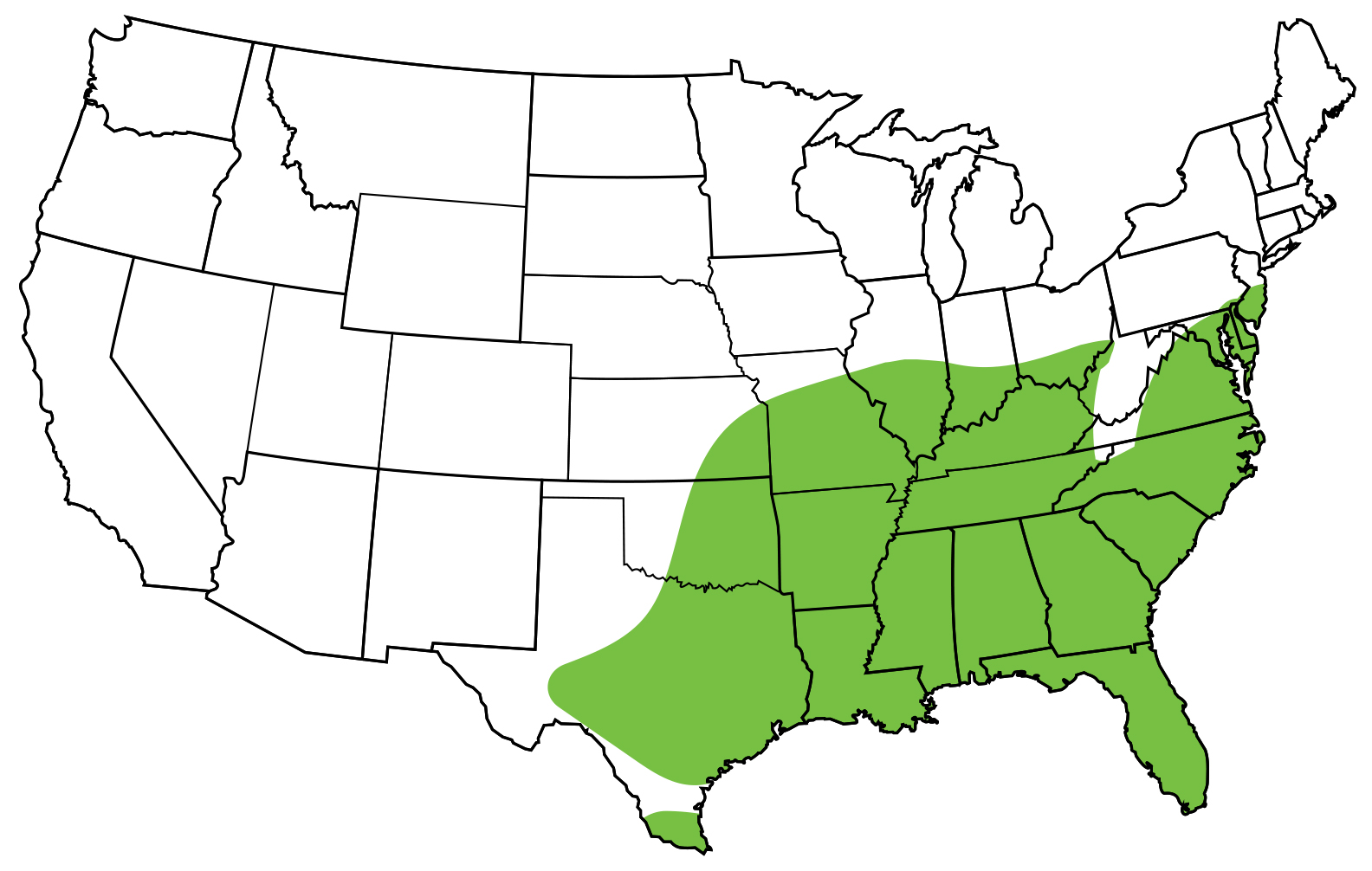