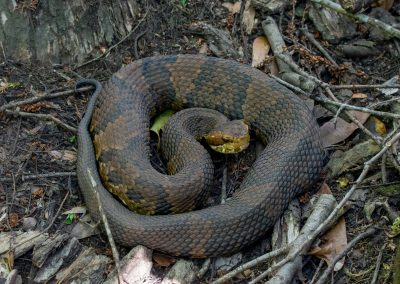 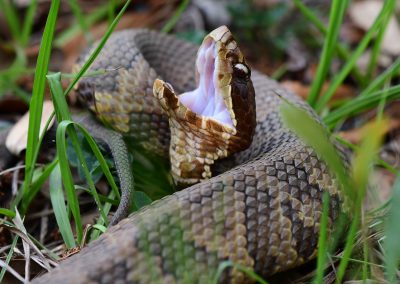 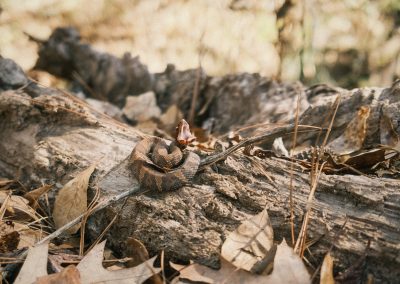 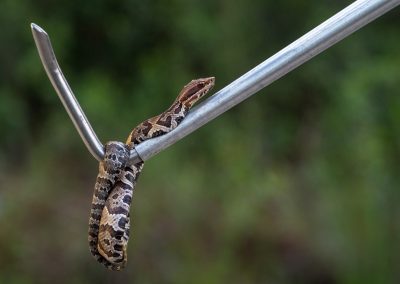 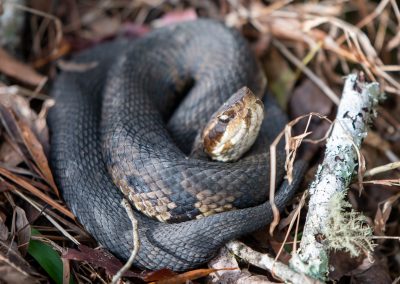 Description: Cottonmouths, also known as ‘water moccasins’, are venomous heavy bodied snakes. They achieve lengths of 24-48 inches (61-122 cm) and have keeled scales. Older adults are usually solid brown to almost black in appearance. Younger snakes show significantly more patterning with alternating dark brown and light brown cross bands going down the body, and a uniformly dark tail. Juveniles have a yellow tip to their tail. In all cases they have a large thick head that is notably distinct from their neck. They have a light colored chin, unpatterened labial (lip) scales, and a dark band going through the eye. The inside of their mouth is vibrant white giving them the name, ‘Cottonmouth’. Like other pit vipers, they have elliptical pupils and heat-sensing facial pits in between the nostrils and they eyes.

Natural History: Cottonmouths are semi-aquatic in nature and can be found in almost any wetland habitat in their range. They show a preference for areas with significant aquatic vegetation such as cypress swamps. They primarily consume fish and amphibians, but can also eat lizards, other snakes, and small mammals. Cottonmouths breed in early summer and it is not uncommon to see males engaged in combat as they compete for females. Females give live birth of up to 20 neonates.

When approached by a potential threat, these snakes will typically hold their ground, rattle their tail, and expose the inside of their ‘cotton-colored’ mouth. This behavior may come across as aggressive, but these snakes will rarely strike at the potential predator unless they are stepped on or grabbed.

Similar Species: Many watersnakes (Nerodia sp.) may appear similar in color and appearance, but they have patterned labial (lip) scales, incomplete or thinner cross band patterns, and usually some red in their pattern. They also have thinner heads, but may flatten their head to appear larger making identification more confusing. The closely related venomous Copperhead (Agkistrodon contortrix) is lighter brown in appearance with no white on the face.

Distribution: This snake is found in the Southeastern United States. From southern Virginia, through Florida, and then west to central Texas. 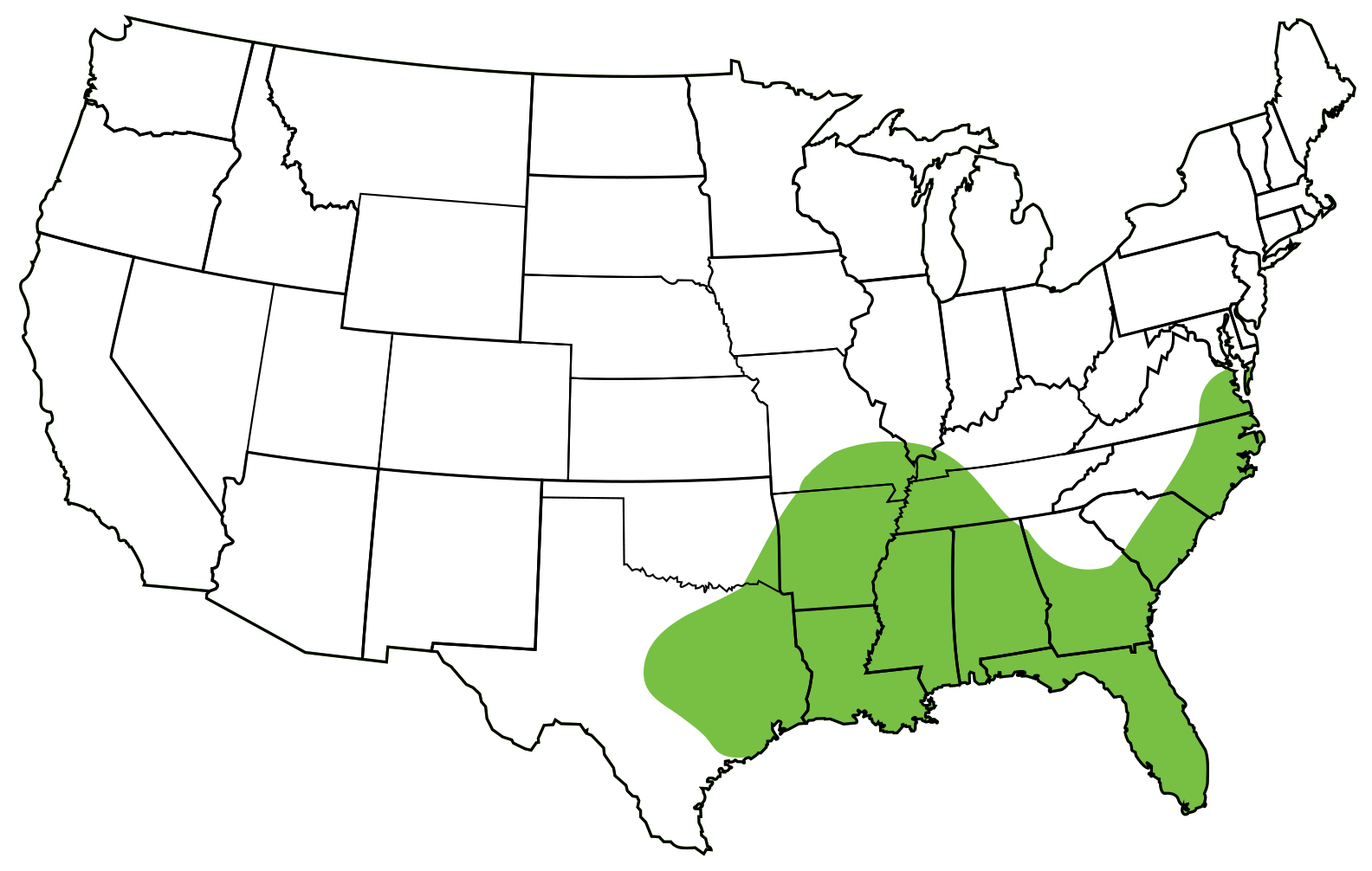