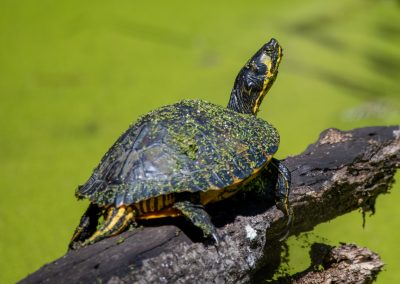 Description: Most commonly these medium sized pond turtles have dark greenish carapace (top of the shell) with light yellow patterning. The plastron (or underside) is yellow with two dark blotches on the scutes closest to the head — some may have more blotches on the plastron. The head is dark and striped with a broad yellow stripe is located just behind the eye. The legs are also dark and striped, and the area between the rear legs and tail have a series of thick vertical stripes. In some cases, especially for older turtles, they may be all dark with no patterning at all. Adult sliders average in size from 5 to 12 inches in carapace length, with females at the larger end of that spectrum. Males are smaller, but have a longer tail and long claws on their front legs.

Natural History: This turtle resides in almost any freshwater wetland and is often the most commonly observed turtle in it range. During warm days they are frequently seen basking along the banks of retention ponds, lakes, swamps, rivers, streams and ditches. Sliders can also be encountered away from aquatic systems, especially during nesting season (May through June), as these turtles search for new habitat or suitable nesting areas. Younger sliders predominately eat aquatic invertebrates, while older turtles eat mostly aquatic vegetation. Both ages will certainly consume small fish and carrion if it is available.

Similar Species: The thick yellow strip just behind the eye should be suitable for distinguishing this turtle from other similar species. If the stripe is not present on the head, the vertical stripes in between the rear legs and the tail will be helpful to narrow identification down to Slider or Chicken Turtle (Dierochelys reticularia). See chicken turtle for distinguishing characteristics.

Range: This turtle is found in lower elevations throughout the east coast, lower midwest, and west to eastern New Mexico.

Notes: Several subspecies are found through out this turtles range. T. s. scripta is found in the eastern most portion of the range and has a broad yellow stripe behind the eye. T. s. elegans is found in the lower midwest and west through Texas and eastern New Mexico. It is commonly referred to as the Red-eared Slider and has a red patch just behind the eye. This subspecies is widely distributed in the pet trade and is often released into new areas because of challenges with their captive maintenance. As such, it is considered one of the most invasive animals on the planet and is causing problems in many nonnative areas. 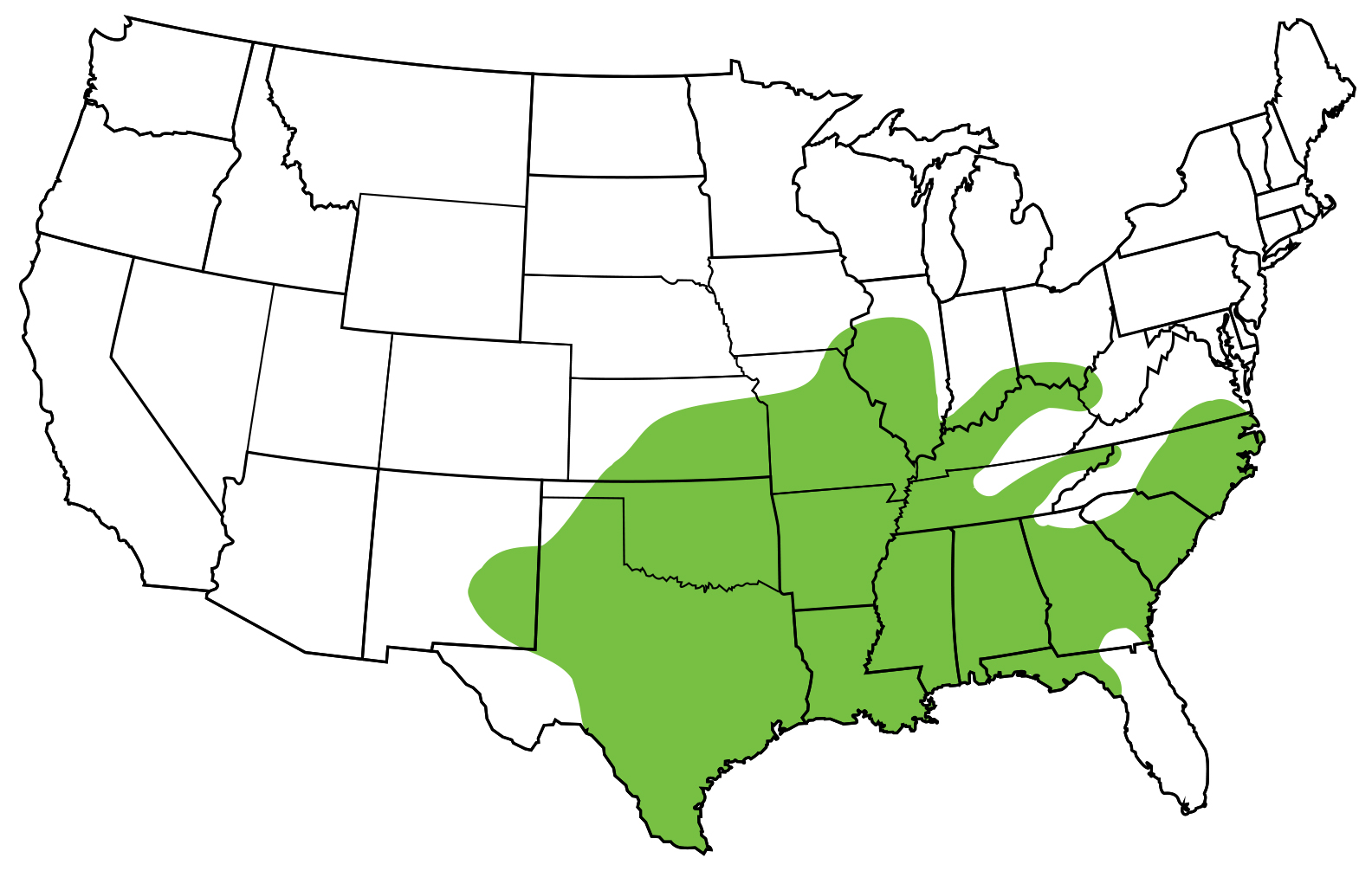