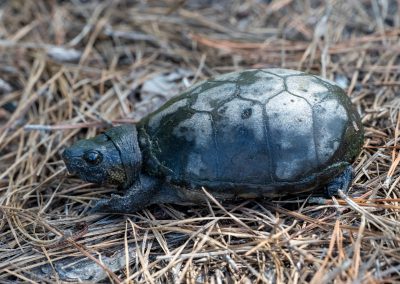 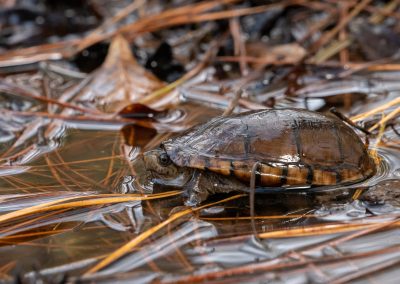 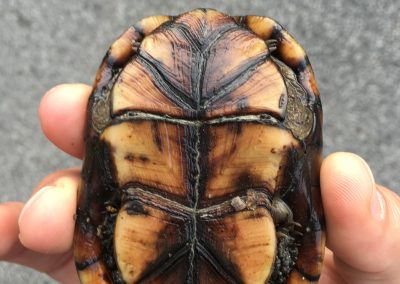 Description: This relatively small turtle has a smooth olive, brown or even black carapace (top of shell) with a light brown or yellowish plastron (underside). The adult turtles average in size around 4-5 inches (10-13 cm), while hatchlings are less than an inch and have vibrant blotches of orange to yellow on their plastron. This turtle has a large plastron with two hinges that allow the turtle to enclose its body inside its shell when threatened. The head of this turtle generally has yellow spots or streaks, but can also be entirely uniform in color.

Natural History: This semiaquatic turtle can be found in almost any aquatic habitat such as swamps, marshes, ponds, and rivers. They are most common in shallow, heavy vegetated wetlands and most frequently observed walking on land during the warmer month. The consume a wide variety of food such as seeds, small invertebrates, and leaves from aquatic vegetation.

Similar Species: The Striped Mud Turtle (Kinosternon baurii) can be confusing, but it generally has yellow head stripes across most of the head between the eye and nostril. The Eastern Musk Turtle (Kinosternon odoratus) may appear similar above, but their plastron is significantly smaller with a single hinge.

Distribution: This turtle ranges down the east coast from southern New York to Florida. The range continues west into Central Texas and up to Indiana and Illinois. 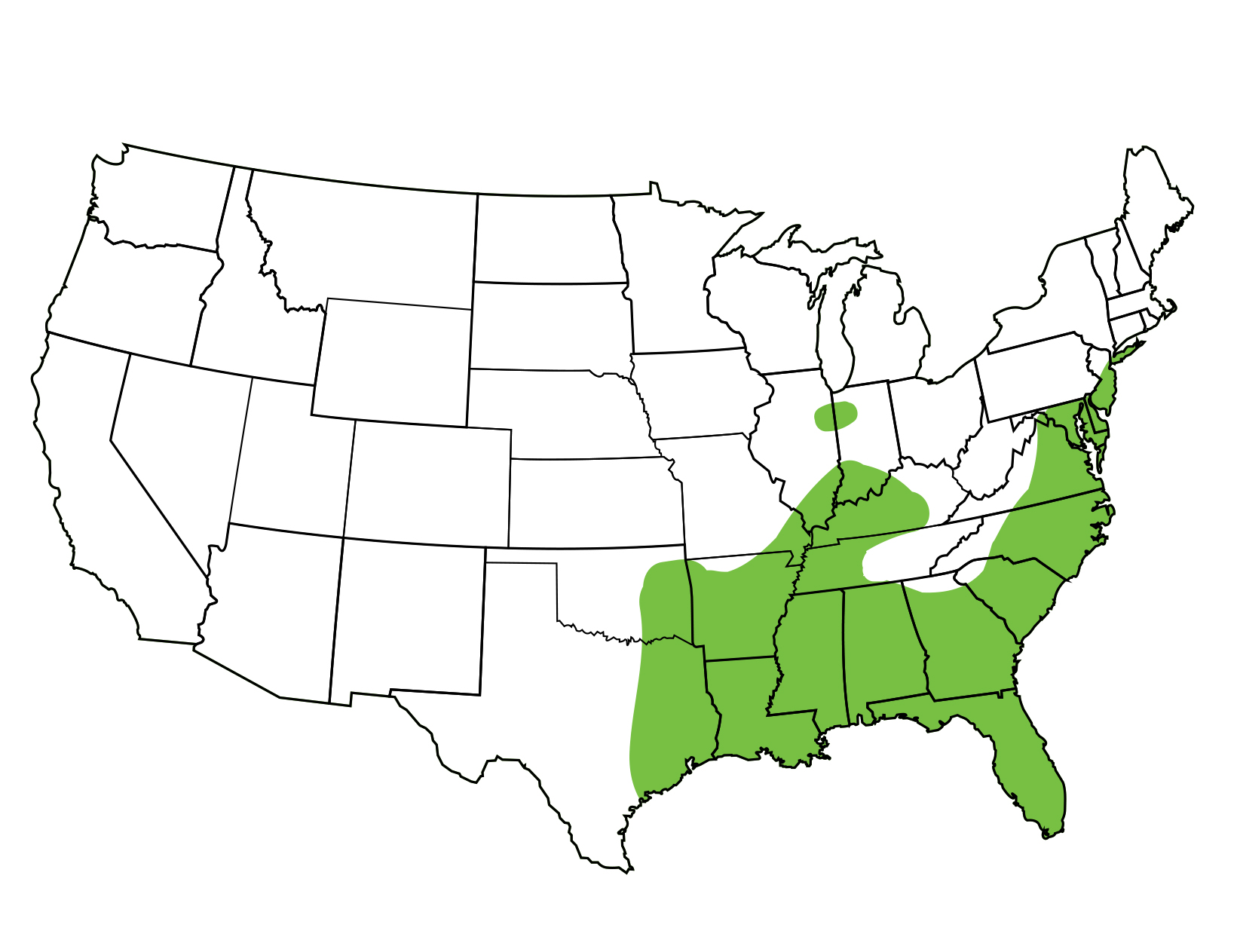