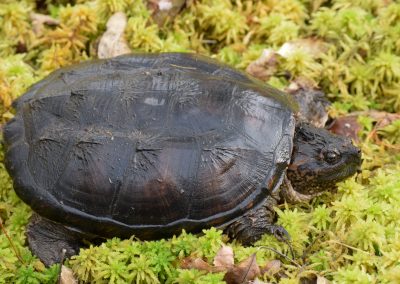 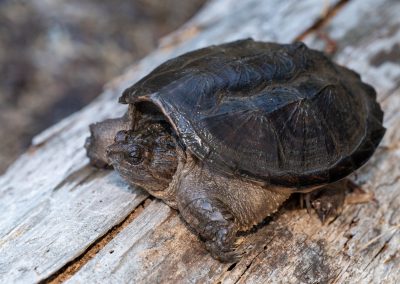 Description: This very large turtle is very peculiar in form compared to other freshwater turtles. They can reach sizes of 8 to 19 inches (20-48 cm) and weigh up to 35 pounds (16 kg). They have a very large head and long neck. Their shell varies in color from tan, brown, black, green, or even reddish, and it has three keels extending from the front to the back of the carapace. The plastron (bottom of the shell) is reduced leaving much of their legs, head and tail exposed. They have a long tail serrated with large scales protruding above.

Natural History: This large turtle is highly aquatic and spends most of its time walking along the bottom of almost any permanent fresh water wetland. They rarely emerge to bask, but can be seen floating or standing in shallow water to heat up. On occasion, snapping turtles can be found traveling on land far away from a wetland. This is especially true during mating and nesting season from April through November.

The common snapping turtle is omnivorous and opportunistic. They will use their powerful jaws to eat a variety of aquatic vegetation, invertebrates, fish, amphibians, other reptiles and small mammals. They will also consume dead carrion that makes its way into the wetlands. If handled or captured, these turtles will thrash and strike at their captor with their powerful jaws. They will rarely strike if unprovoked and in the water.

Similar species: This turtle’s large head, long saw-toothed tail, and three keeled carapace should be sufficient in differentiating between most other turtles in its range. The Alligator Snapping Turtle (Macrochelys sp.) found in the Mississippi flood plains is larger, with a strongly hooked beak.

Distribution: The Common Snapping Turtle is found throughout the eastern half of the United States. 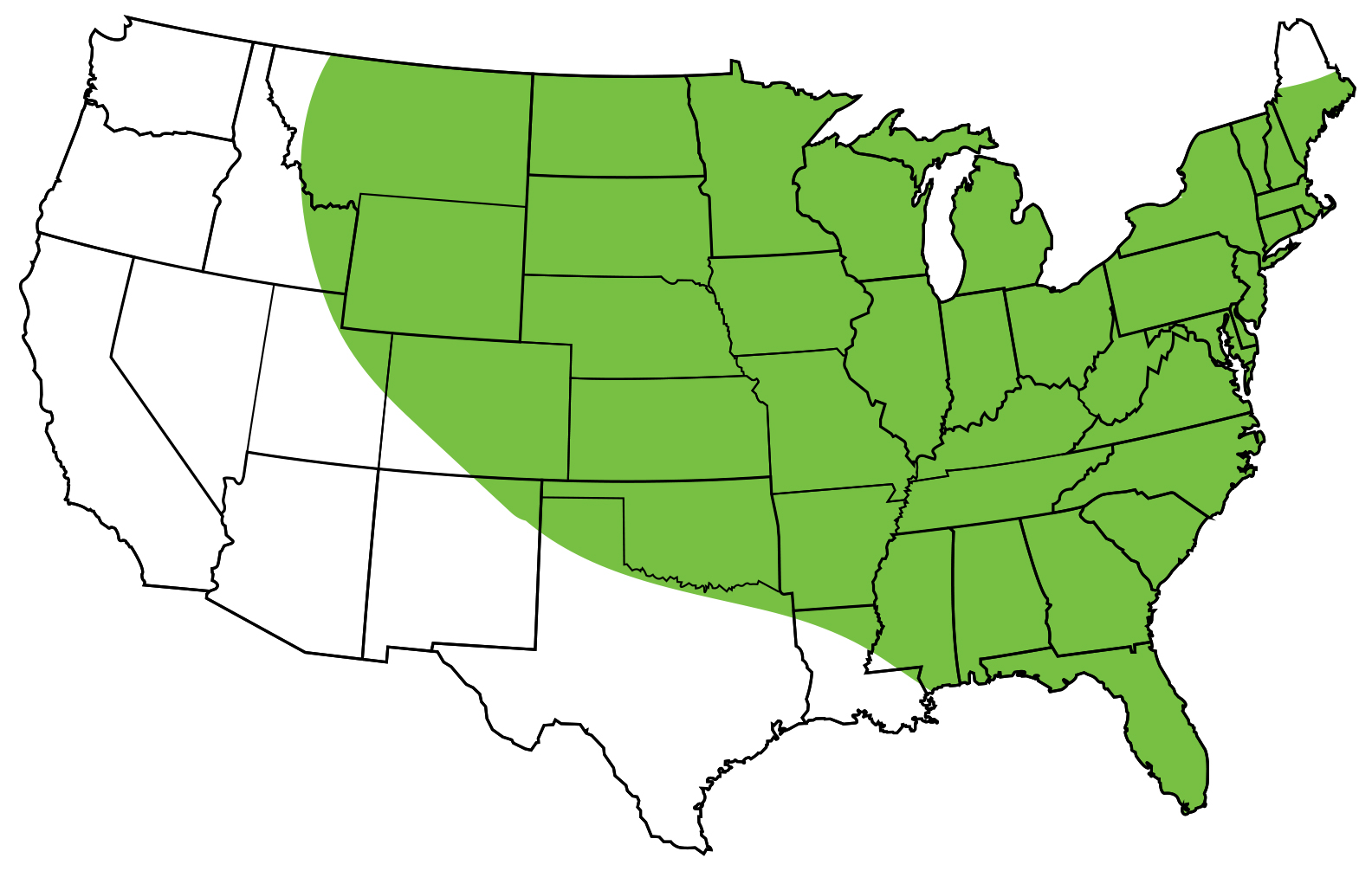