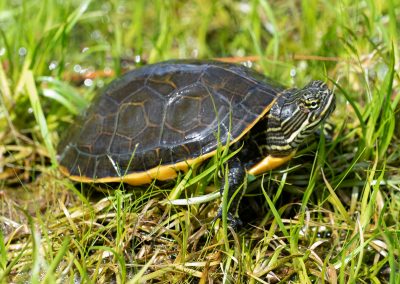 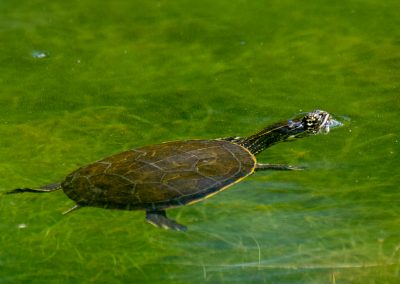 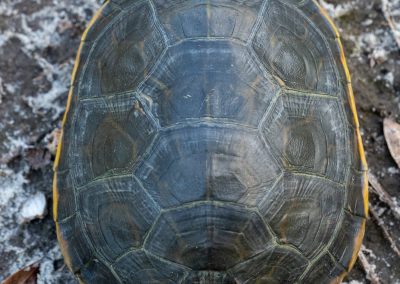 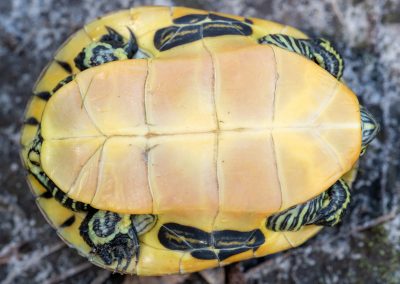 Description: This medium sized turtle (6-9 in, 15-23 cm) has a greenish-brown egg-shaped shell with yellowish net-like patterning. The pattern may be faint, especially on older individuals. The plastron is unhinged, yellow, and mostly unmarked excepted for the edges and the marginal scutes. Chicken Turtles have long necks with yellow strips from the head to the base of the neck. The legs have have yellow striping and the front legs have one notably larger thick yellow strip extending from the base of the leg to the toes. They also have bold vertical yellow stripes on the skin between the hind legs and the tail.

Natural History: Chicken Turtles are mostly found in still or slow moving shallow water with aquatic vegetation. This includes ponds, fresh water marshes, cypress swamps, and ephemeral pools. Occasionally they can be seen basking on logs or exposed in shallow water. They are omnivorous and eat plants as well as crayfish, other invertebrates, amphibians, and small fish.

These turtle do spend a good amount of time on land. In the colder seasons, or during dry periods, they will burrow underground. Chicken Turtles mature quickly and uniquely these turtles may lay eggs in the fall and winter months.

Similar Species: The vertical yellow stripes between the hind legs and tail distinguishes from all other similar turtles except for the Slider. The bold yellow stripe on inside of the front legs and no yellow “ear” patch on the head should help distinguish from Sliders (Trachemys scripta).

Distribution: The Chicken Turtle is found in the Coastal Plains area in the Southeastern United States. From Central Texas through Peninsular Florida, north to Southern Virginia. 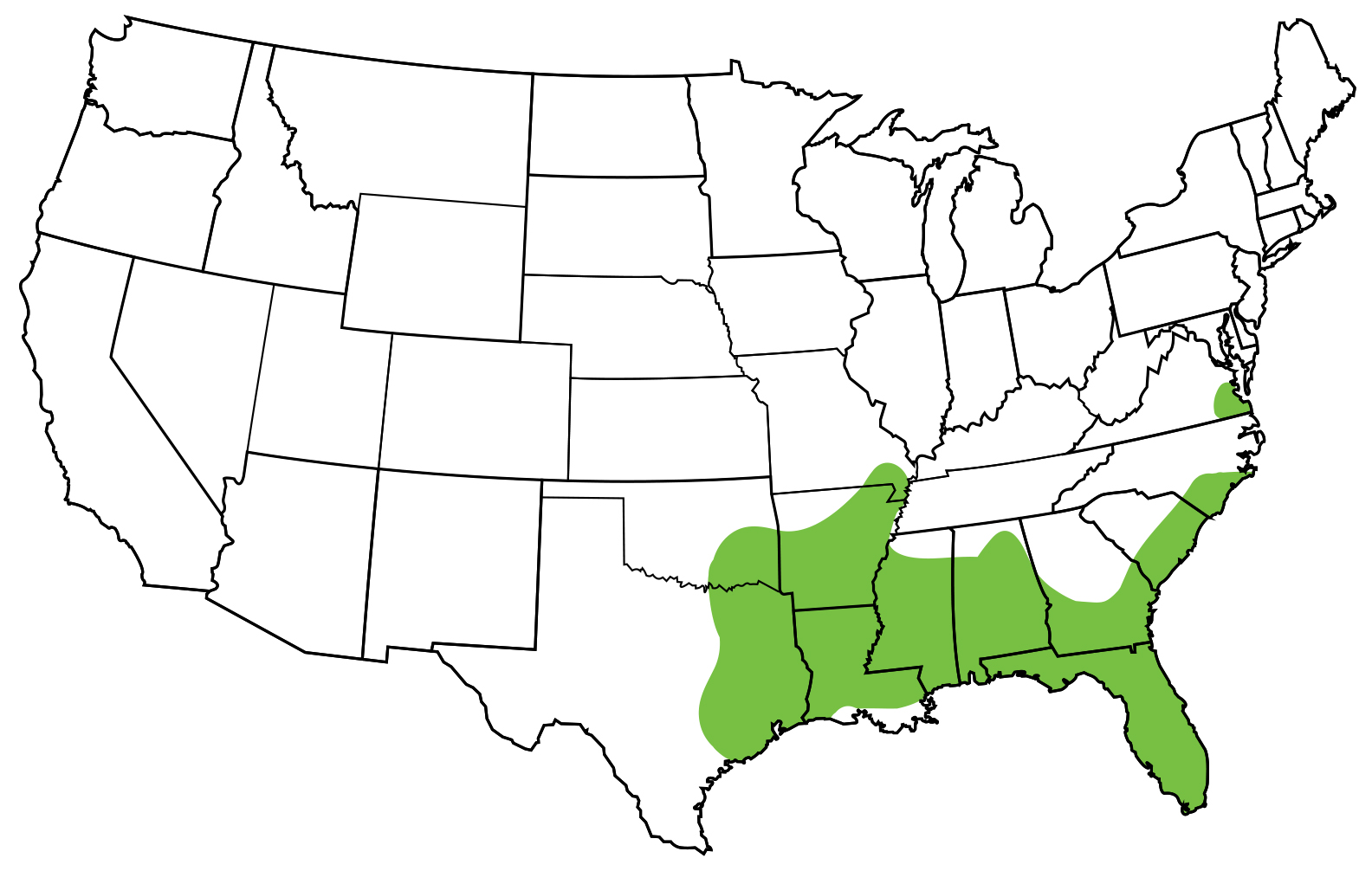