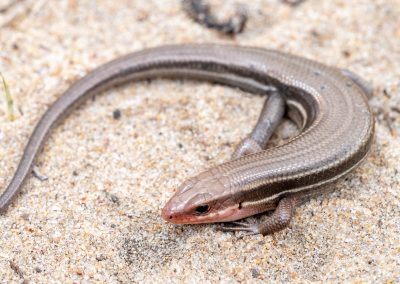 Description: Like other members of the same genus, this skink is a medium sized lizard, with smooth shiny scales, and is variable in appearance depending on age and gender. Adults are typically light to dark brown in coloration with five pale faint stripes extending down their body. The average adult length its between 5-8.5 inches (12-21cm) and adult males are generally larger. Adult females tend to retain more visible stripes as they age. Juveniles are black in coloration with contrasting white or yellow stripes and have a vibrant blue tail. This skink is the only member of its genus to have rows equal sized scales on the underside of the tail.

Natural History: The Southeastern Five-lined Skink can be found in a variety of woodland habitats, but shows a preference for drier habitats than the Common Five-lined Skink and the Broad-Headed Skink. This includes Sandhills, pine forest, and maritime forest. They can be observed foraging on the ground or climbing on trees and stumps. They eat a variety of invertebrates and are commonly consumed by snakes. When restrained this lizard will readily drop its tail to break free, distract a predator and evade capture.

Distribution: As its name suggests, this Skink is found throughout the Southeastern United States. It is found as far south as the Florida Keys, and up to northern Virginia. West to eastern Louisiana and up to Tennessee and southern Kentucky. 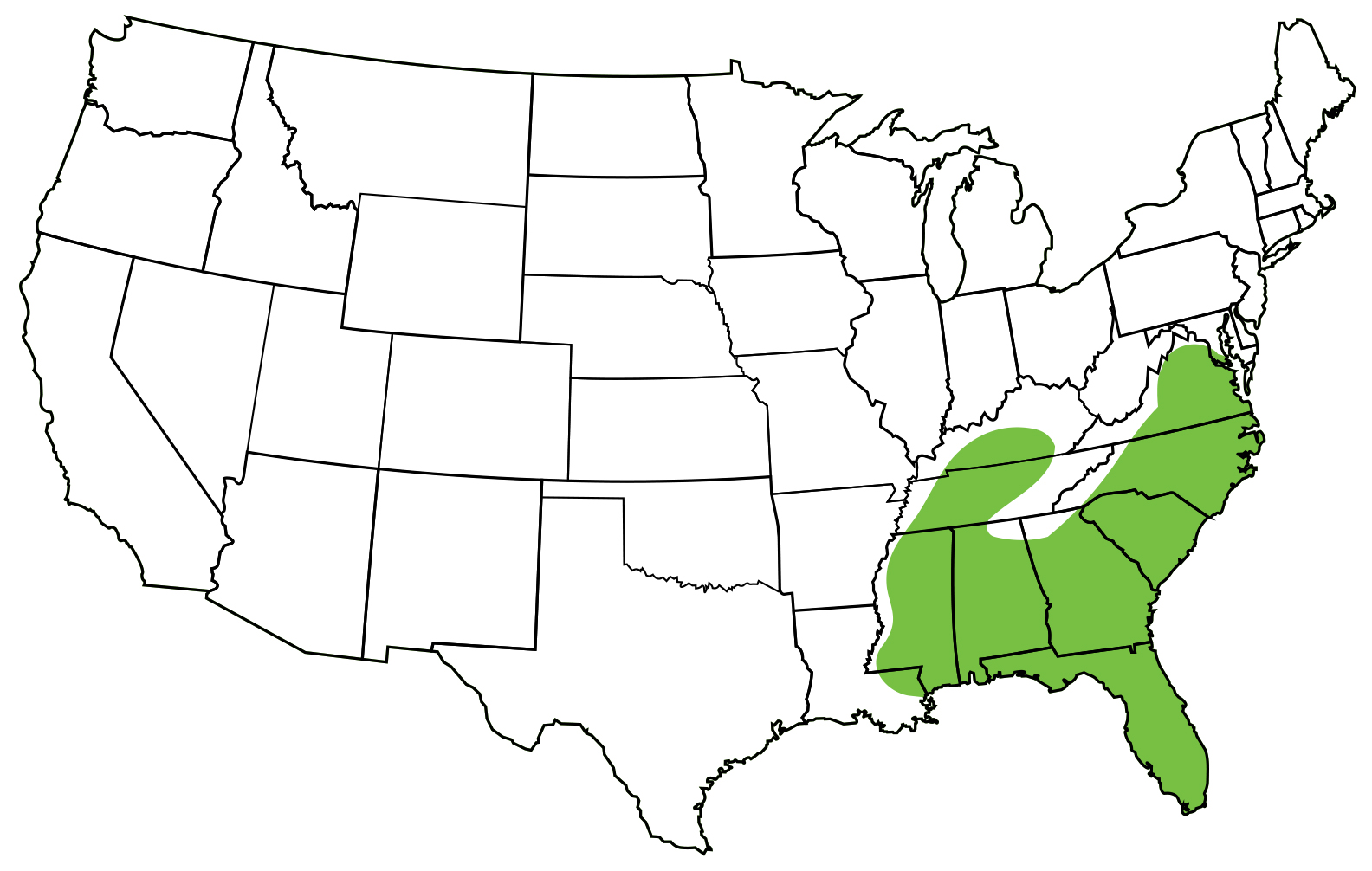