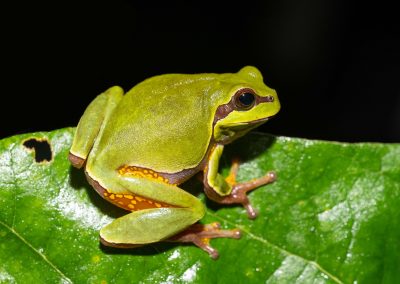 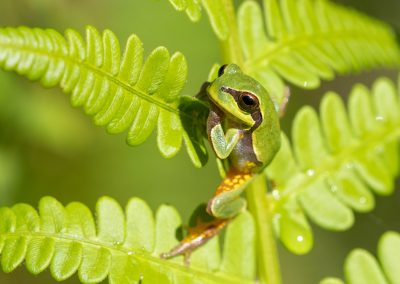 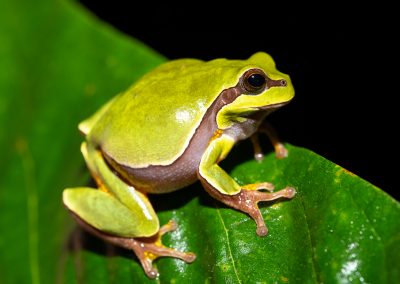 Description: The Pine Barrens Treefrog is perhaps the most decorated tree frog in our region. It is a medium sized tree frog with adults reaching sizes close to 2 inches. They are equipped with toe pads at the end of each long toe. The frog is smooth and green from above and has dark, lavender stripes extending from the nostril, through the eye and tympanum creating a bold face mask. This striped is bordered by white and continues down the sides of the body. Concealed on the interior portions of each leg are vibrant yellow-orange spots that may continue on to the toes in some individuals. Females are usually larger than males, and males often have a darker chin than females.

Natural History: This unique tree frog is found in an equally unique habitat. In South Carolina, it is restricted to wetlands scattered through out the sandhills in the northern portion of the state. In open pine forestes, with frequent burns, this frog seeks out highly acidic shallow ponds, bogs, or sandy seepages to breed. They are most commonly encountered during breeding season and are mostly hidden throughout the remainder of the year. Male choruses can be heard in late spring and early summer from dense vegetation surrounding suitable breeding habitat. Females will attach eggs to aquatic vegitation or spagnum moss at the bottom of the wetland. After hatching, tadpoles will remain in the water for several weeks to a couple of months depending on water level and food abundance.

Similar Species: This frog can be distinguished from all other “green” treefrogs in the area by its bold lavender face mask. The call is similar to the Green Treefrog (Hyla cinerea). The of the Pine Barrens Treefrog is likened to a repitive ‘Quonk‘ while the Green Treefrog sounds like a ‘Queenk’. It is best to compare audio recordings to differentiate their calls.

Distribution:  This frog is restricted to three highly disjunct populations. One in the pine barrens of New Jersey. Another in the Sandhills of the Carolinas. And a third in the panhandle of Florida.

Notes: Due to its specific habitat requirements, this species is likely in decline. It is listed as a Near Threatened by the IUCN and is Threatened in South Carolina. 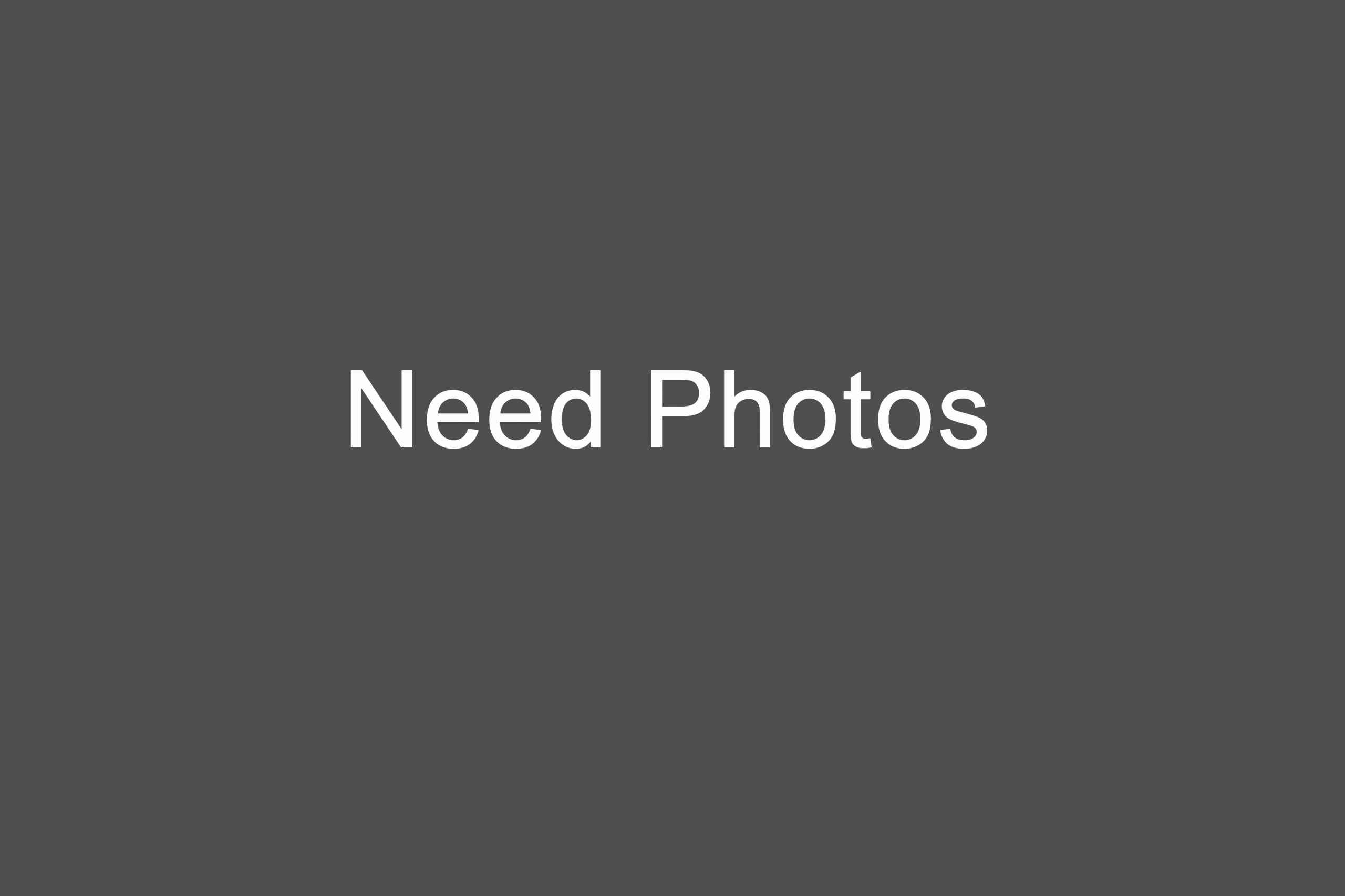