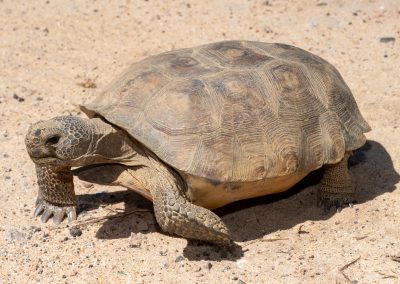 Description: This large tortoise has an average adult carapace length of 9-15 inches (24-38 cm) and is well equipped for terrestrial life. It is the only native tortoise found in the Southeastern United States. It has a high-domed shell that is uniformly tan or brown above, and yellowish on the underside. Legs, head and tail are un-patterned and the legs are decorated with thick scales.

Natural History: The Gopher Tortoise resides in habitats with sandy, well drained soils. This includes sandhills and longleaf pine forests. As its name suggests, these turtles dig extensive burrows that can measure to 50 feet in length and close to 10 feet deep. Gopher Tortoises, and many other animals, use these burrows to escape forest fires and hot summer days.

When the tortoise is above ground it consumes a variety of vegetation found in the forest understory. Mating occurs in the spring and nests are built and laid in late spring, early summer. The gestation period last about 90-110 days and young turtles generally emerge at the end of the summer. It will take these turtles about 10-15 years to reach maturity.

Similar Species: This is the only tortoise species found in its range. Box turtles are also terrestrial, but are significantly smaller and extensively patterned.

Notes: Currently the Gopher Tortoise is listed as an endangered species in the state of South Carolina and as listed as vulnerable by the IUCN. Population declines are due to habitat loss and fragmentation. This turtle is reliant upon a specific habitat type for food and burrowing. In turn, it is considered a keystone species and many other animals are reliant upon Gopher Tortoise burrows for shelter. 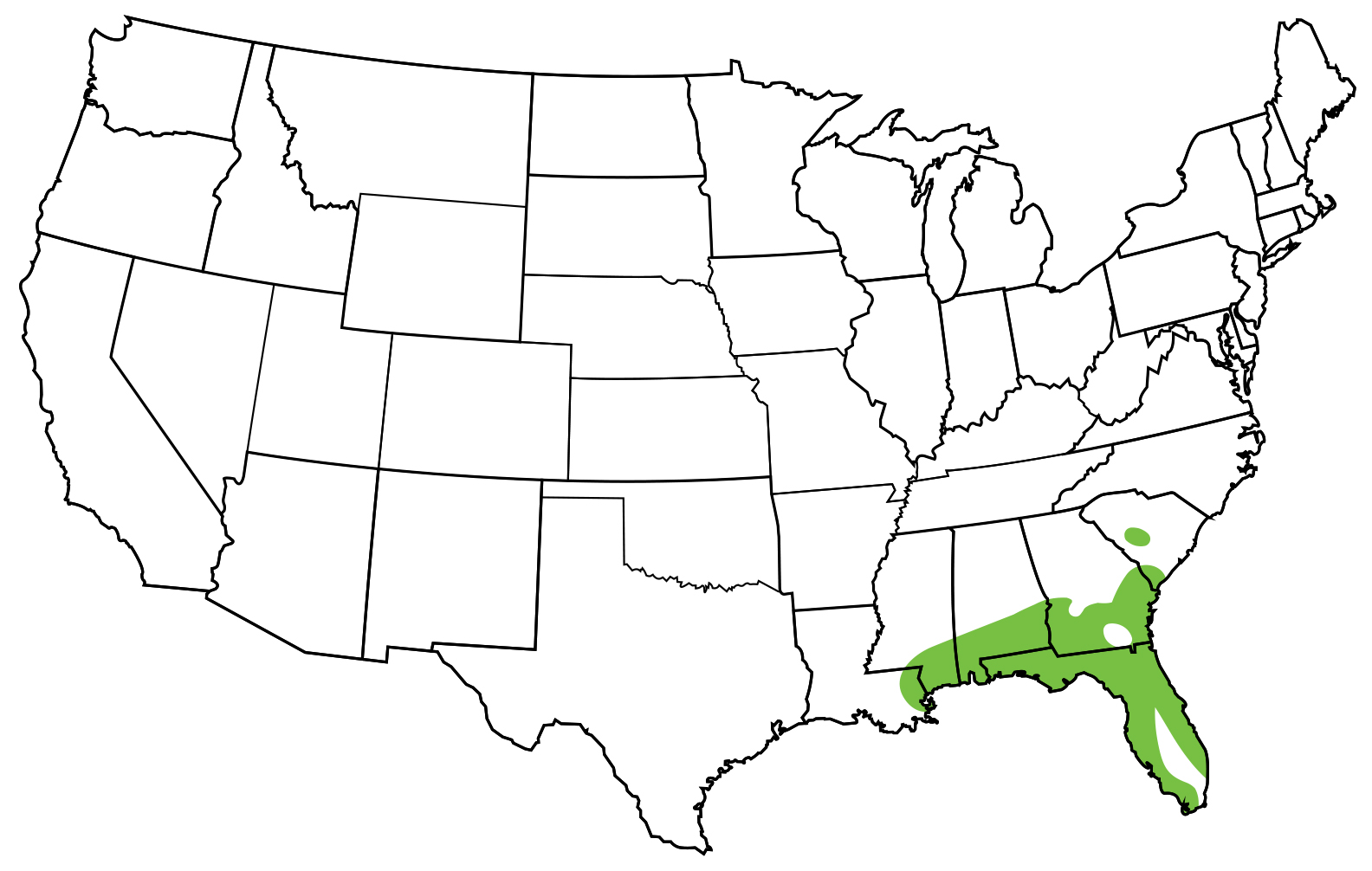