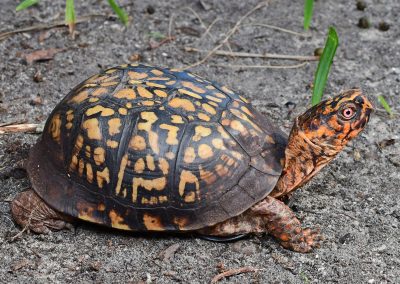 Description: A medium sized turtle with a rounded, high domed shell. Adults shells range in size from 4-8 inches (10-20cm) and can be extremely variable in pattern and appearance. The carapace is usually dark brown or olive in color with yellow or orange markings. The plastron is hinged allowing the turtle to be completely enclosed in its shell. It is yellowish to dark brown and may be marked or plain. Males have a concave plastron, while females have a flat plastron. Limbs are covered in large thick scales that can be colorful and there is little to no webbing between the toes. The head is often patterned and the eyes are typically red in males and yellow in females.

Natural History: This turtle is highly terrestrial and quite common in open hardwood forests. They are also found along fields, marshes, and swamps. Box Turtles are most active during warm days as the forage along the forest floor for grasses, mushrooms, berries, and seeds. They also eat almost any invertebrate and small animal they can capture and swallow. It takes the Eastern Box Turtle over five years to mature and most mating occurs in the spring. During this time males are quite active above ground in search of females. Nesting typically occurs in early summer.

Distribution: The Eastern Box Turtle is found in the Eastern half of the United States. From Central Texas to the Southeast Coast. Their range extends north to Southern Maine and Southern Michigan. 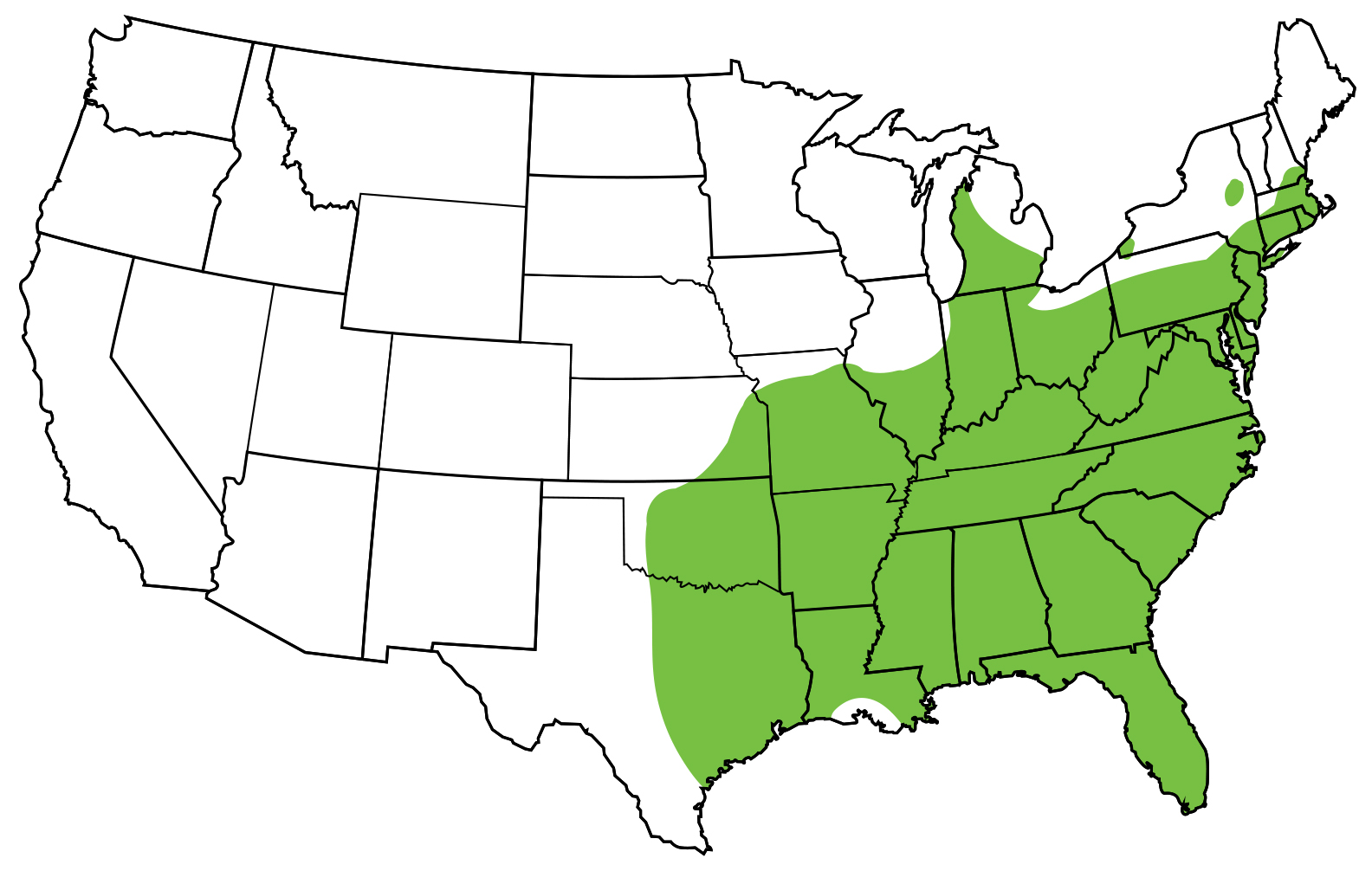