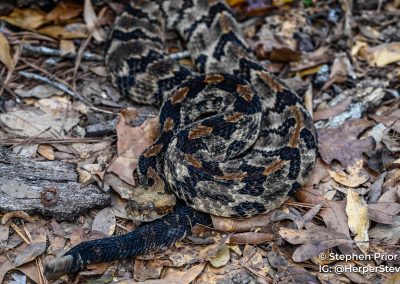 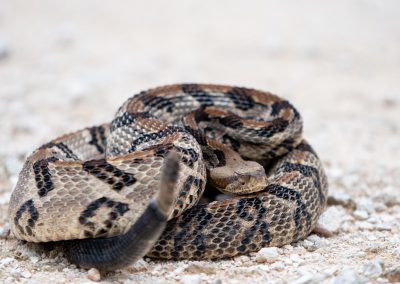 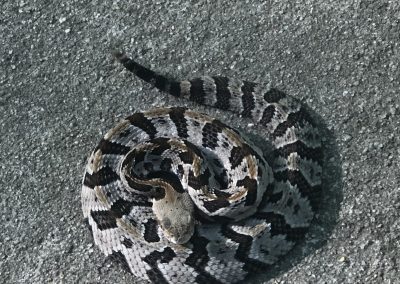 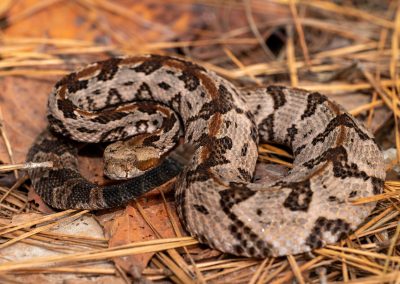 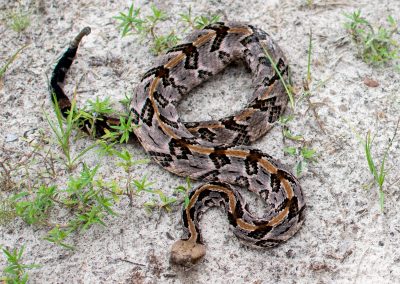 Description: The Timber Rattlesnake, also known as a Canebrake Rattlesnake in some coastal potions of its range, is a large bodied pit viper with an average adult size of 30-60 inches (76-152 cm) and weight between 1 – 3 pounds. Much larger individuals have been documented with the maximum reported size being over 6ft long and a max weight of over 9 pounds. Throughout its range this snake has been observed in a variety of color tones. Most commonly, this snake is yellowish-brown to gray with black chevrons segmenting their way down the dorsal side of the body. It may have a yellow to orangish stripe on the center of the back extending down the length of the body. Some individuals can be much darker and almost entirely black. The tail is dark and ends in a large rattle. Like other pit vipers, this snake has elliptical pupils and a wide head with a well defined neck.

Natural History: These snakes occur in a wide variety of terrestrial habitats. In the coastal portions of its range it is typically found in open pine or hardwood forests. In the more mountainous regions it shows a preference for rocky areas and open balds. They also can be frequent in residential areas and farmlands.

They are most active during the warmer months of the year, but spend much of their time coiled up waiting to ambush unsuspecting prey with a swift and venomous strike. Prey mostly includes small mammals like mice, rabbits and squirrels. During the colder months, the mountainous populations of Timber Rattlesnakes will congregate in familiar den sites. While the coastal populations will over winter alone.

Similar Species: The only other species of snakes in the Southeast that possess a rattle are the Eastern Diamondback Rattlesnake (Crotalus adamanteus) and the Pygmy Rattlesnake (Sisturus miliarius). The chevron pattern on the Timber Rattlesnake should be sufficient in distinguishing from other rattlesnake species.

Distribution: This snake is widely distributed across the Eastern and Midwestern United States. The northern most populations are found in New Hampshire and Vermont and extend down the east coast to North Florida. They are absent from most of peninsular Florida. The range then extends westward into central Texas up to Wisconsin.

Notes: This snake is considered endangered in Vermont, New Hampshire, Massachusetts, New Jersey, Ohio, Indiana and Virginia. The southeastern populations are healthy, but it is widely persecuted against. 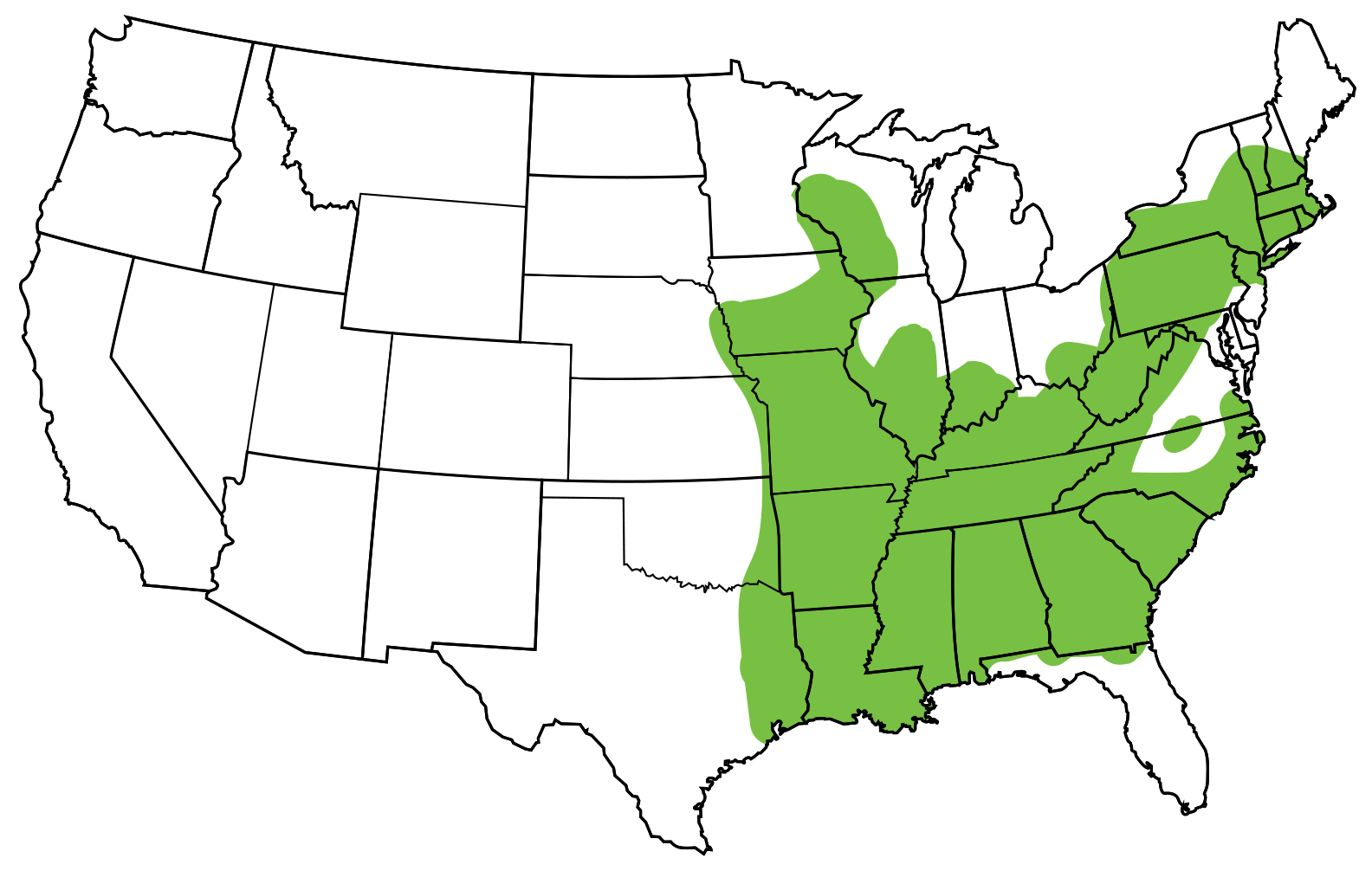