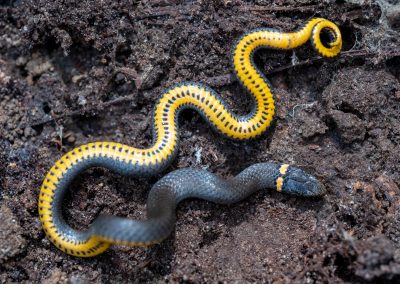 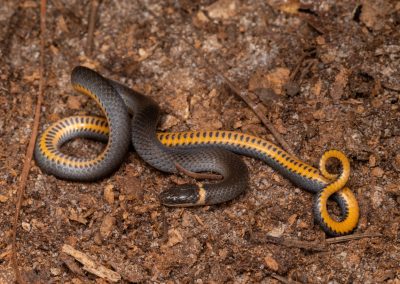 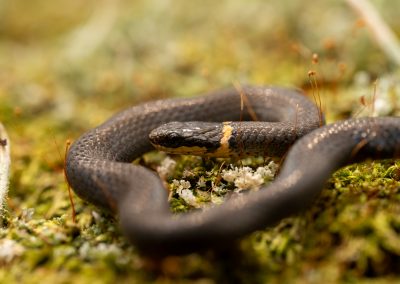 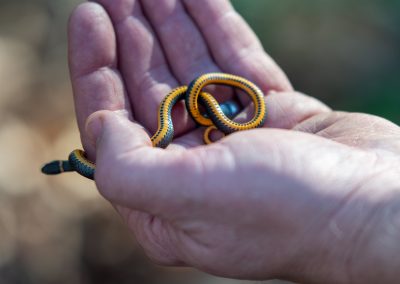 Description: This small snake is dark gray or black above with a yellow belly. The belly typically has a dark semicircle at its center, but occasionally is completely yellow and unmarked. The head of this snake is black with pale yellow labial (lip) scales and the namesake yellow ring around the collar. Rarely will this snake exceed 10-15 inches (25 – 38cm) in length.

Natural History: Ring-necked Snakes can be found in many habitats, but are most commonly encountered in damp forests under debris such as rotting logs, stumps and rocks. They forage on the forest floor in search of invertebrates and small amphibians. They subdue their prey with a mild venom and a rear-fanged deliver system (this venom is harmless to humans). In turn, they are consumed by larger invertebrates, amphibians, lizards, other snakes, birds and small mammals.

Distribution: This snake has one of the largest ranges of any North American snake. It is found throughout the Eastern United States and midwest. As its range continues west it becomes a bit more scattered, but is found in all west coast states. 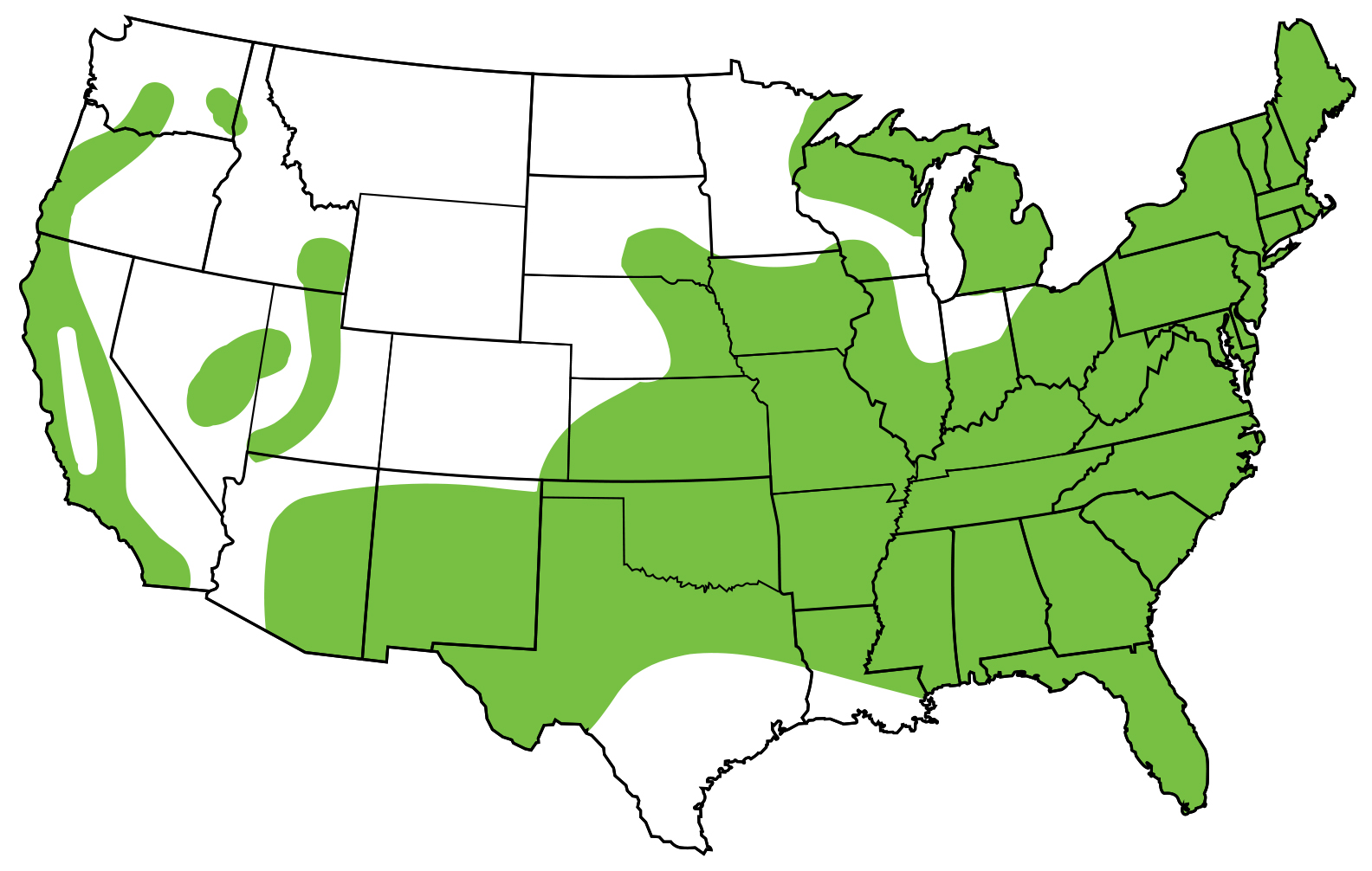