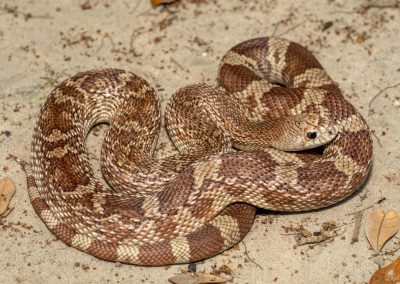 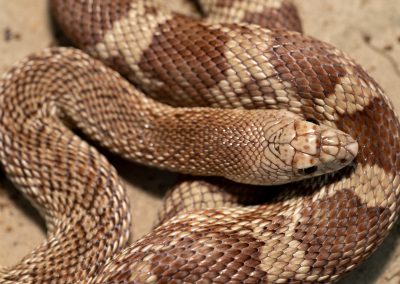 Description: This large stout snake is white, light gray, or tan in coloration with a series or dark blotches extending down most of the body. These blotches are typically darker near the head, and fainter on the tail end. The adult size of this snake is generally between 50 – 60 inches (127 – 152 cm), but can be up to 90 inches long (228 cm) They have a relatively small, and pointed head with four prefrontal scales (scales on the top of the head in front of the eyes and behind internasal scales).

Natural History: Pine snakes spend most of their time under ground in habitats with dry soils and open canopies. This includes the Sandhills, Pine Barrens, Maritime Forests, and sometimes old agricultural fields. During the warmer month you can observe them during the day foraging on the forest floor for small mammals, lizards, and eggs of ground nesting birds. They will frequently enter burrows in search of rodent and other prey. Prey are constricted.

When approach, pine snakes will emit an alarming hissing noise as they force air out of their lungs, vibrating their epiglottis. They will also profusely rattle their tail in the leaf litter, and will not hesitate to strike if cornered or picked up. They are nonvenomous and will typically flee if given the opportunity.

Similar Species: Ratsnakes (Pantherophis alleghaniensis), and Cornsnakes (Pantherophis guttatus), may look similar, but the Pine Snake can be differentiated by its pointed head, and the presence of four prefrontal scales on top of the head. Pine snakes also have a notably stouter neck.

Distribution: This snake has a scattered distribution through out the southern United States. Populations are found in New Jersey, Virginia, southern North Carolina, and in the coastal plains from South Carolina through Florida. The range extends westward into eastern Louisiana. 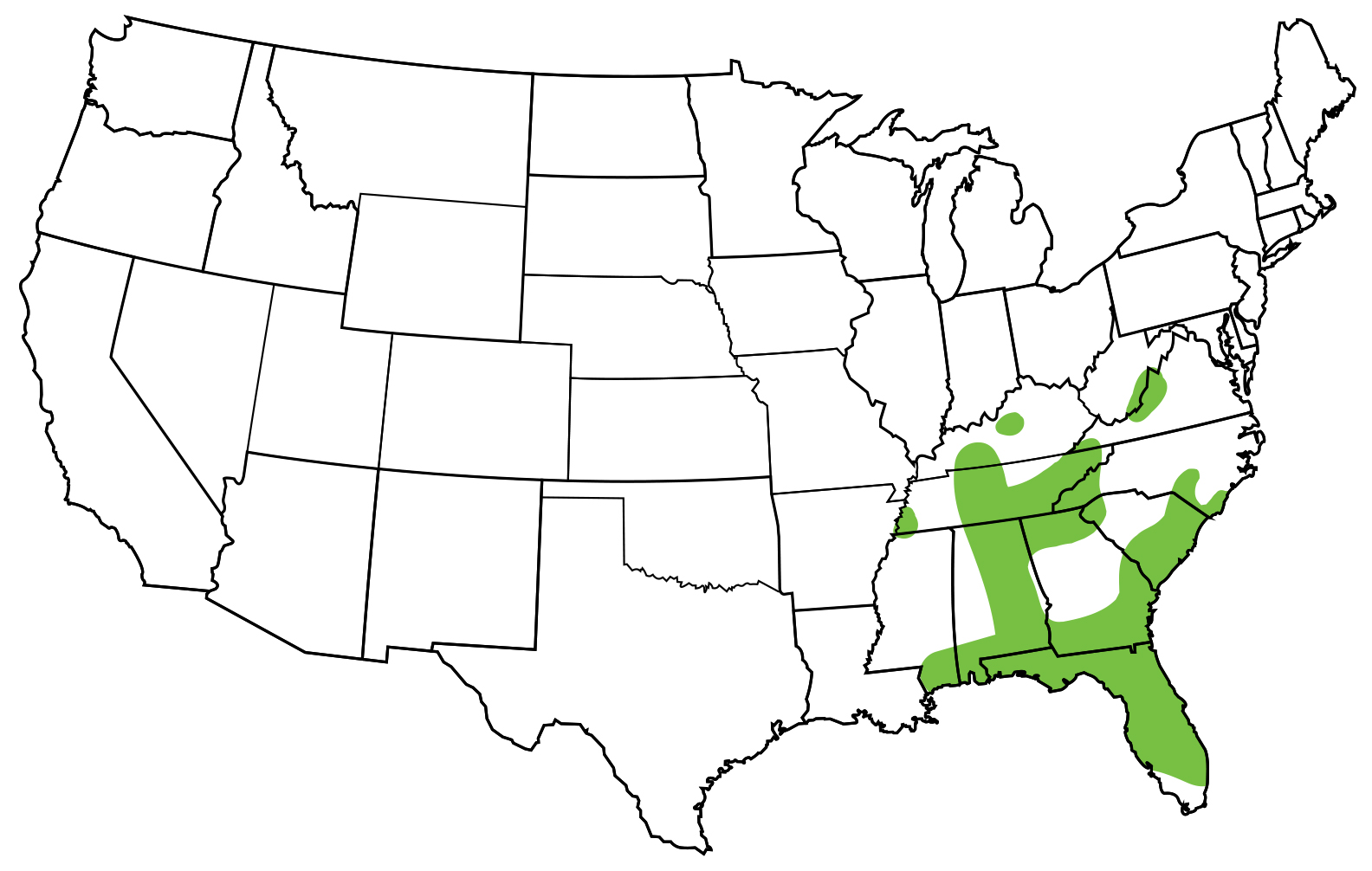