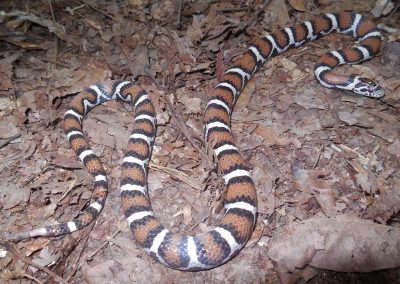 Description: This medium sized snake achieves adult lengths between 24-36 inches (61-90cm). It is quite variable across its range, but it is generally tan in color with reddish-brown blotches surrounded by black edges going down the body. There is usually a pale triangular patch at the base of the snakes head and the snakes belly is pale with black blotches. Juveniles resemble adults, but usually have redder patterning on the back.

Natural History: Milksnakes are fairly secretive, but can be found in a wide variety of wooded and open habitats. They spend much of their time burrowed underground and are most commonly encountered flipping logs or rocks. They can also be common around rural houses and barns where they hunt small mammals. These constrictors also consume other snakes, lizards, small birds, and insects.

Similar Species: The Corn Snake (Pantherophis guttata) can be confused for this species in parts of the range. Corn snakes are generally oranger in color and have a more elongated head.

Distribution: This snake is found through out the northeast and midwestern United States. From Maine to northern Alabama and in western North and South Carolina. In South Carolina they are generally found in the piedmont and the upstate, but there are a few sightings as far east as Columbia, South Carolina. 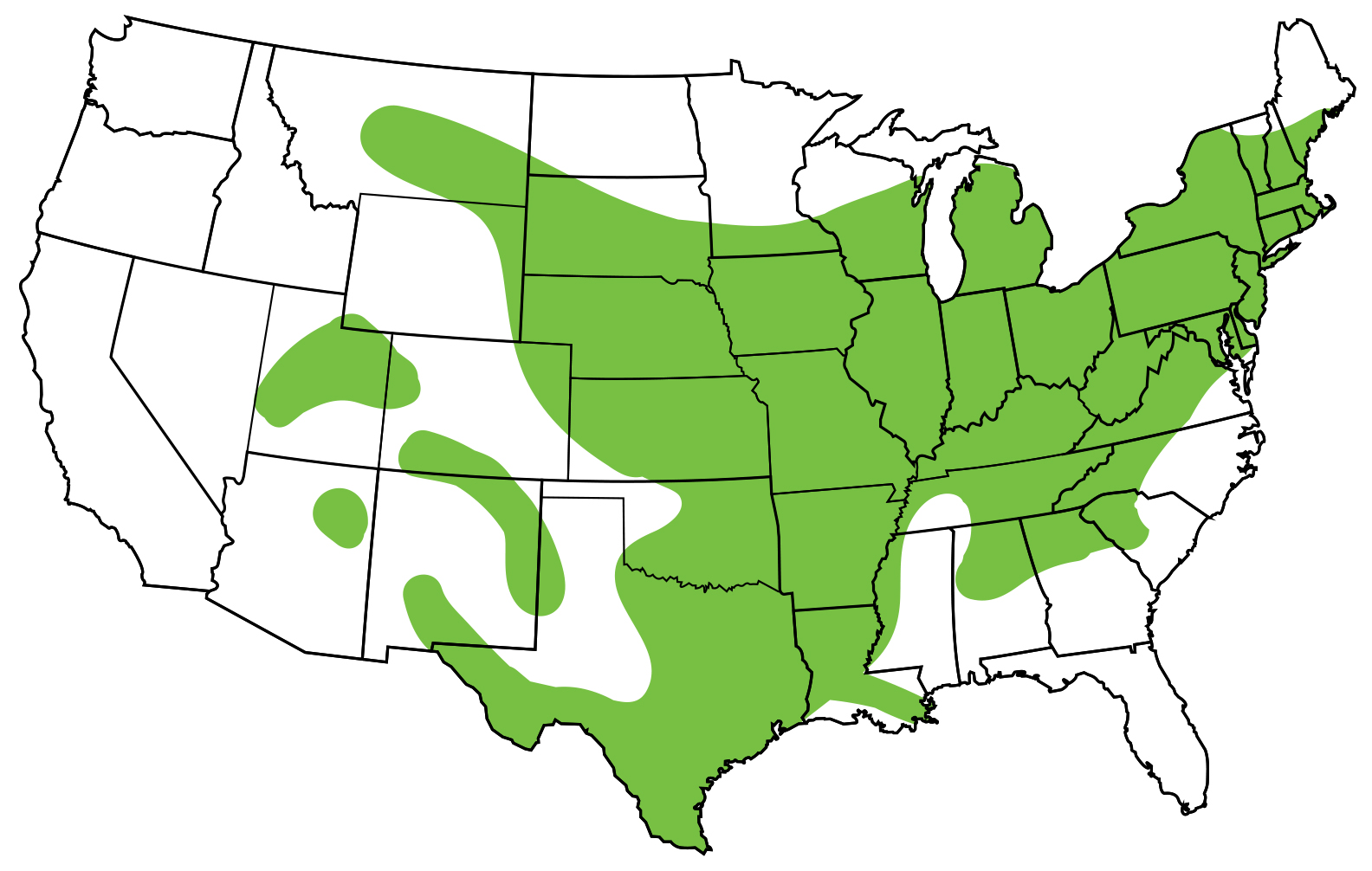