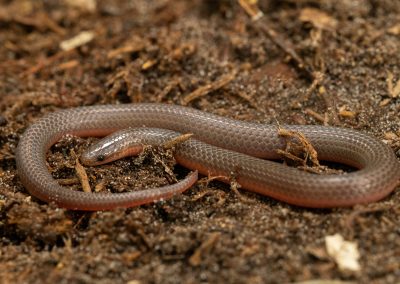 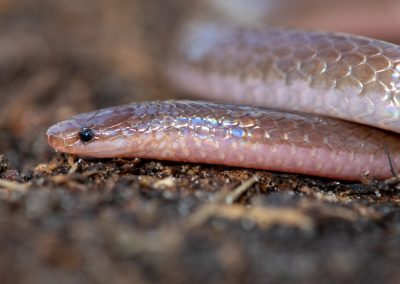 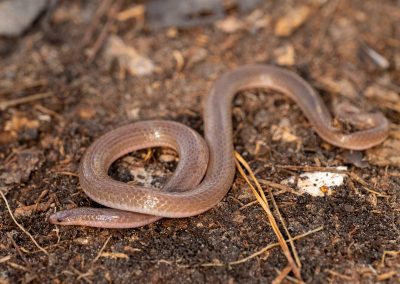 Description: This is a small, un-patterned, brown snake with a narrow head, small black eyes, smooth shiny scales, and a pointed tail. They reach a maximum length of 13 inches (33.5 cm), but are most commonly found under 10 inches (26 cm) in length. The belly is unpatterned and usually has a pinkish hue that extends up the sides on 1 – 2 rows of dorsal scales and can be seen when viewing this snake from above. The dorsal coloration can range from tan to dark brown and can often have an iridescent shimmer.

Natural History: Worm snakes are found in forested habitats with a good amount of debris on the forest floor. They spend the majority of their time burrowed underground or under leaf litter, and are infrequently encountered on the surface. When searching for this snake, it is most commonly found hiding under logs, under rocks, in loose soil, or in leaf litter.

Even though they are very secretive, this snake can be incredibly abundant in ideal habitats. Their diet consists mainly of earthworms and other soft-bodied invertebrate. At the same time they are consumed by other snakes, birds, and small mammals.

Similar Species: Rough and Smooth Earthsnakes, Southeastern Crowned Snake, and the Red-bellied snake are also small brown snakes and can be confused with the Eastern Worm Snake. Worm snakes have smooth un-keeled scales and a ventral pattern that extends on the sides of the snake. All other small brown snakes in the region either have one or none of these two traits.

Distribution: This snake is found from southern Massachusetts and southern Rhode Island all the way down to South Carolina and North Georgia. The range then extends southwest to Louisiana and west to Illinois.

Notes: When handled this snake has a peculiar behavior of pressing its pointed tail tip and head into the captor. 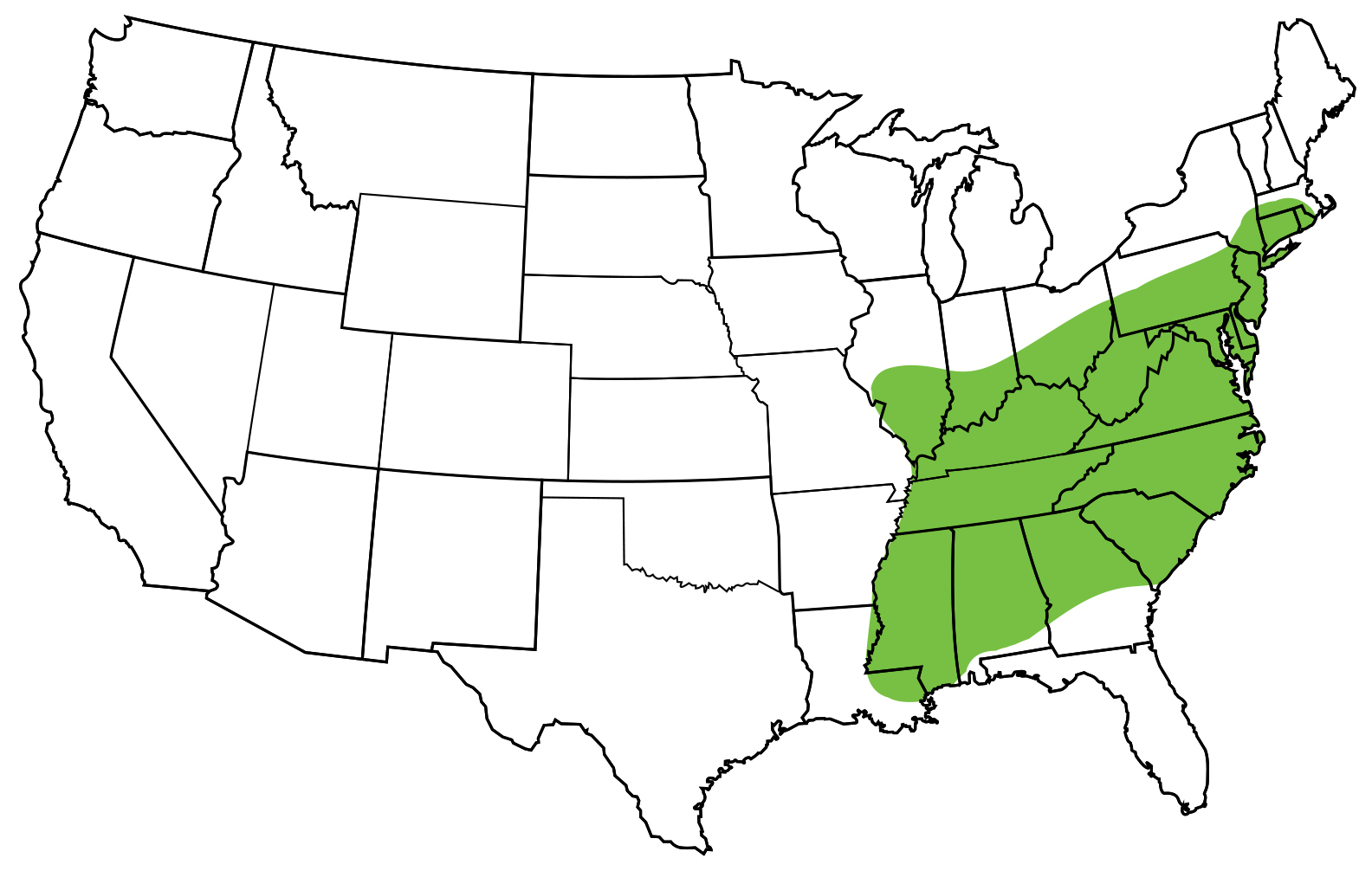