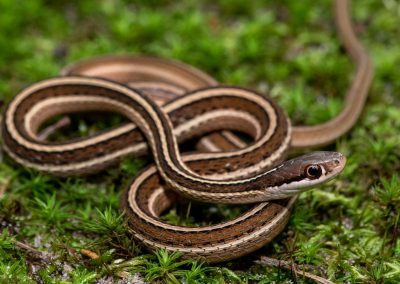 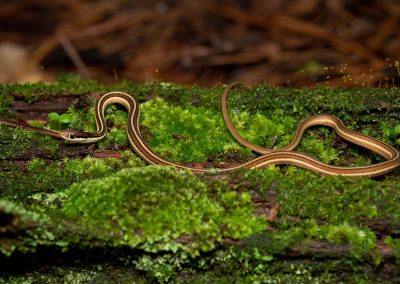 Description: A small to medium sized slender snake with keeled scales and three bright stripes extending down the length of the dark brown to black dorsum. The two lateral stripes of this snake are confined to rows three and four of the dorsal scales. On the head, the Eastern Ribbon Snake has pale un-patterned lips and a white or yellowish spot just in front of the eyes. The typical adult size is between 18 – 26 inches (46 – 66 cm) and females are generally larger than males.

Natural History: This snake is rarely found far from water. It leads a semiaquatic lifestyle as it agilely threads its way through aquatic vegetation foraging for small amphibians and fish. In turn they are consumed by wading birds, small mammals, larger amphibians, and other snakes.

They are quite nervous snakes and are quick to disappear when approached. If they are picked up they will infrequently strike, but will emit a musk from their cloacal glands.

Similar Species: In the Eastern United States, the closely related Common Gartersnake (Thamnophis sirtalis) is the species most easily confused with the Eastern Ribbon Snake (Thamnophis sauitus). Gartersnakes also posses three longitudinal stripes, but the two lateral stripes are confined to the second and third rows of dorsal scales. Also, the upper lip (labial) scales typically are patterned and have dark edges, while the Eastern Ribbon Snake has pale un-patterned lip (labial) scales. Crawfish snakes may also bare resemblance to Ribbon Snakes, but they lack a dorsal stripe and also have shorter tails.

Distribution: The Eastern Ribbonsnake occurs east of the Mississippi River and found almost anywhere except the higher elevations in the Appalachians. The range extends from Maine to Florida, over to eastern Louisiana, up into Michigan and Southern Ontario. 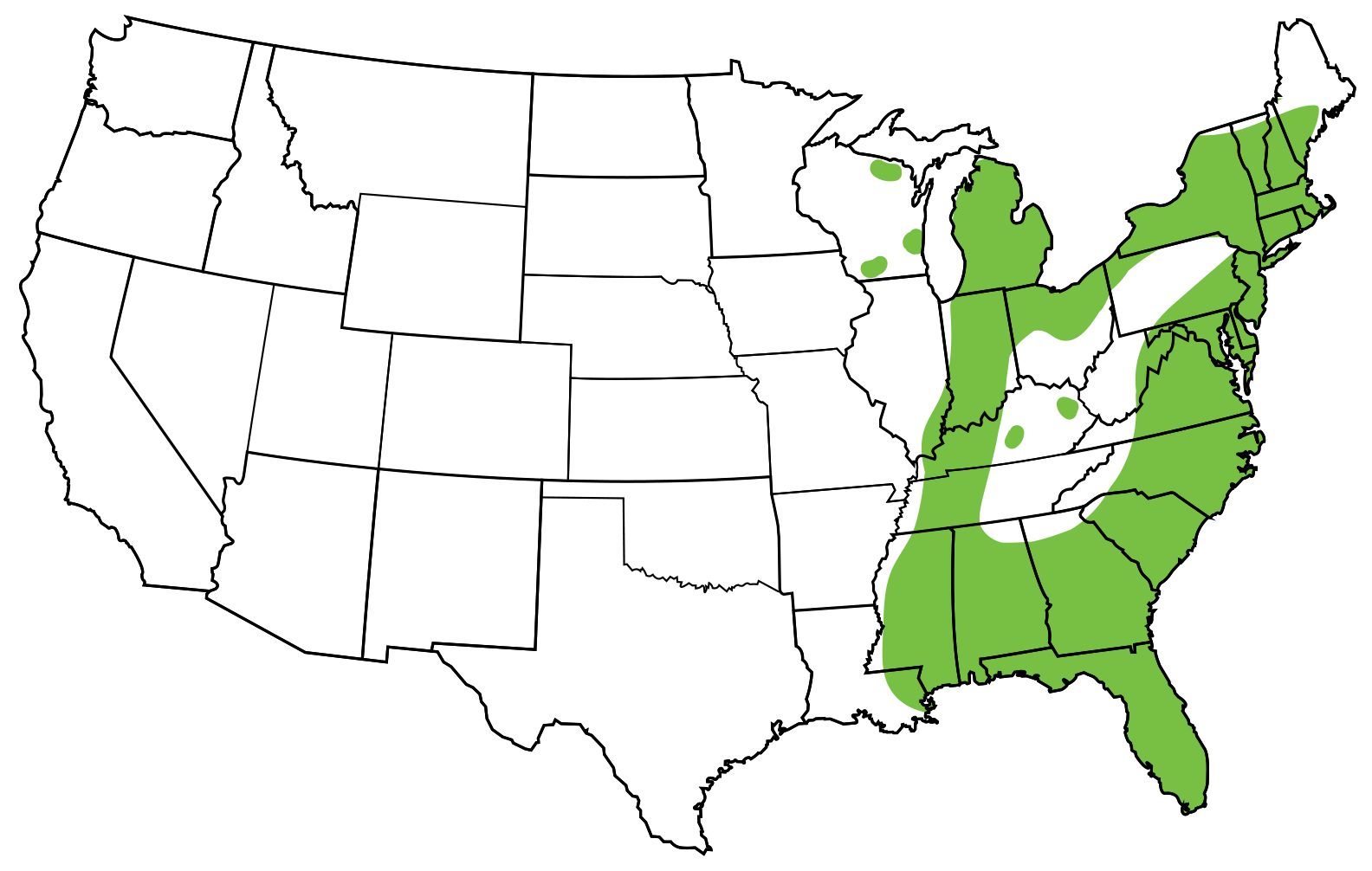