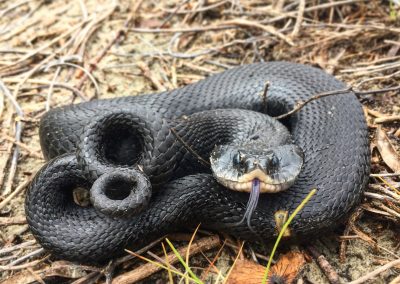 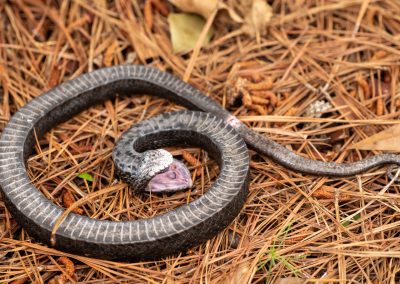 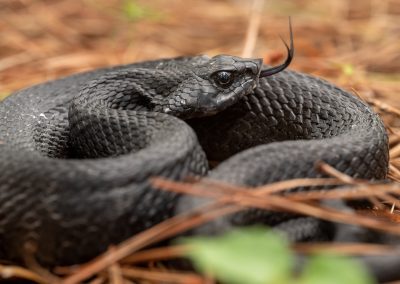 Description: As their name implies, “Hog-nosed” snakes are identifiable by their stout bodies and upturned snout. The Eastern Hog-nosed Snake can be incredibly variable in appearance across its range. Many individuals are tan to brown with dark blotches across back. Some individuals may have reddish or orange highlights incorporated in the pattern. There are also pattern-less individuals that will be entirely black or grey in color. In all cases the Eastern Hog-nosed Snake has keeled scales and a pale belly with grayish blotches. The underside of the tail lighter than the belly.

Natural History: These snakes are most often found in woodland habitats with well drained soils. They are diurnal and most active in the spring and fall. They specialize in consuming toads and are equipped with enlarged rear fangs to deflate their prey and administer an amphibian specific venom (this venom is harmless to humans). They also, but less frequently, consume other amphibians, invertebrates, small mammals, and birds.

When threatened by a potential predator this snake exhibits a bizarre series of defensive tactics. They will hiss loudly, spread their necks wide, and gesture several fake strikes. If that is not effective in warding off the threat they will often roll over on their backs and play dead. If you flip the snake right side up, it will roll over on its back again. The goal is to appear as unappetizing as possible and they will rarely ever bite.

Distribution: This snake is found in the east half of the United States from Massachusetts all the way down to Florida. Their range extends west to central Texas and then north to the great lakes region. They have a more scattered distribution in the mid west. 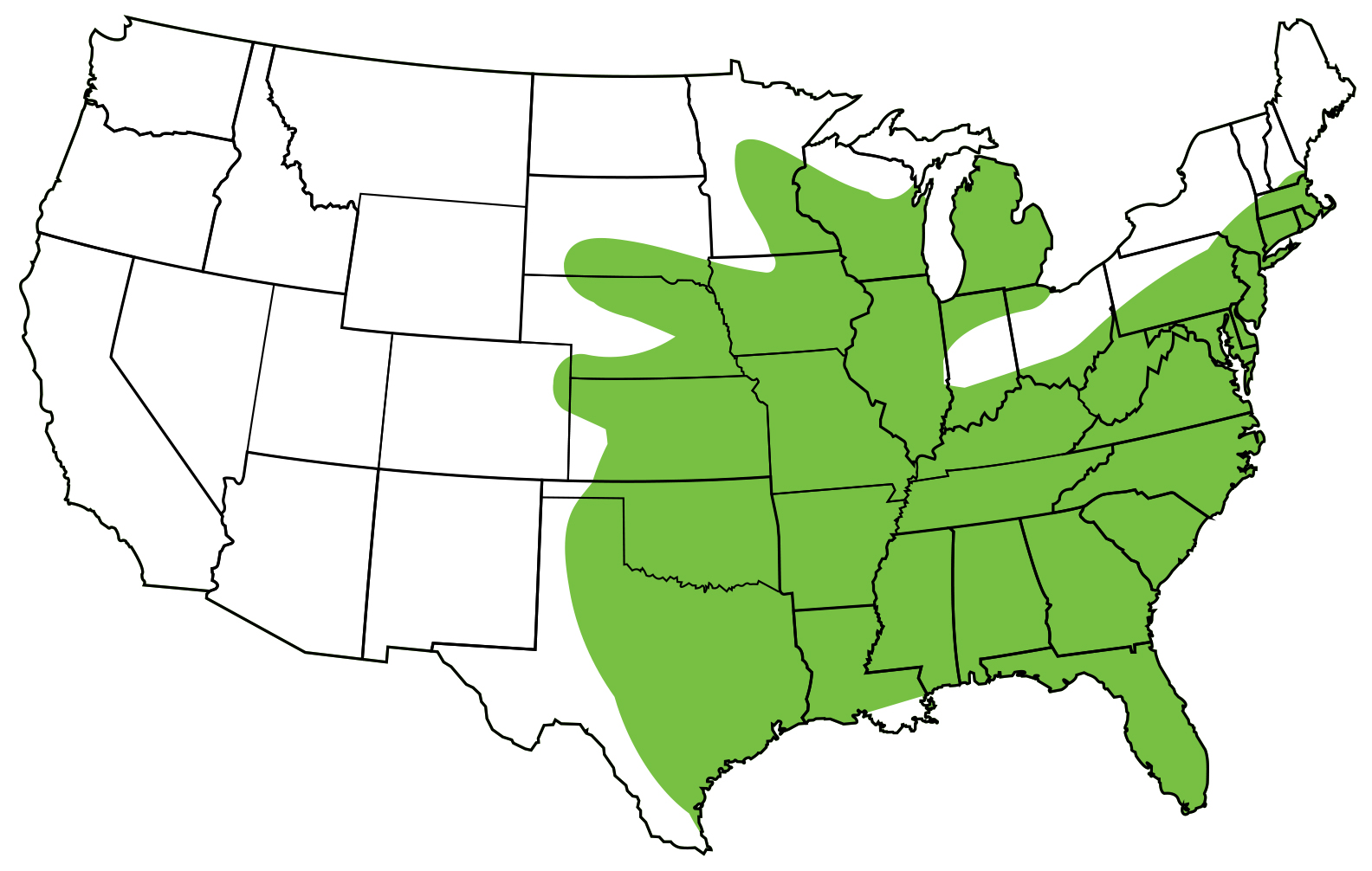