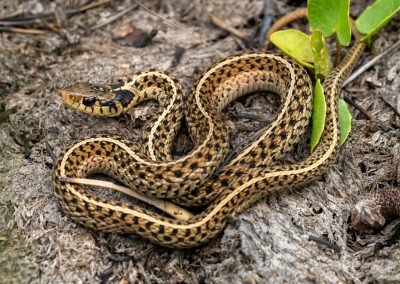 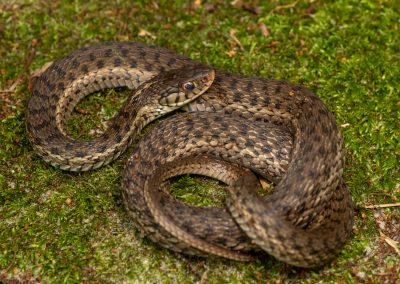 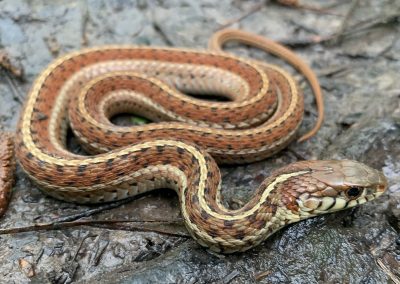 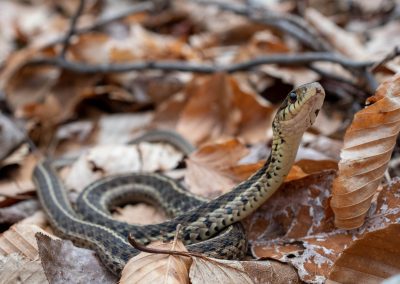 Description: A medium sized snake that is extremely variable in appearance. It typically has three pale yellowish stripes extending down the length of the dorsum. However, these stripes can be conspicuous to nonexistent in some individuals, and can range in color from yellow to brown to blueish green. The Dorsal ground color is dark, but can also range in color from black to olive green. The dorsum may have a series of dark spots and in some variations these spots may be more prominent than the dorsal stripes. When present, the lateral stripes are confined to rows two and three of the dorsal scales. The belly is paler than the dorsum. The average adult length of this snake is between 18 – 26 inches (46 – 66cm)

Natural History: Likened to its extreme variation in color patterns, this snake can be found in a wide variety of habitats. Marshes, fields, swamps, and woodlands are all habitats utilized by this snake. It can also be very common in residential neighborhoods and near metropolitan areas, making the Common Gartersnake one of the most familiar snakes in its range.

The Common Gartersnake is a generalist in its feeding habits, but the bulk of their diet consists of invertebrates, fish, and small amphibians. It subdues its prey by biting on to its prey and administering a mildly toxic venom that is harmless to people. As per its preferred prey items, this snake is most common in moist environments and most frequently observed when flipping rocks and logs.

Distribution: This snake has one of the widest and northern most distributions of any North American snake. It is found in every state on the East Coast of the United States, continuing north into Southern Quebec. The northern portion of the range extends westward all the way to the Pacific Ocean.

Notes: High variability and wide distribution has lead to 12 known subspecies of the Common Gartersnake (Thamnophis sirlatus). The subspecies most commonly encountered in the Eastern United States is the Eastern Garter Snake (T. s. sirlatus). 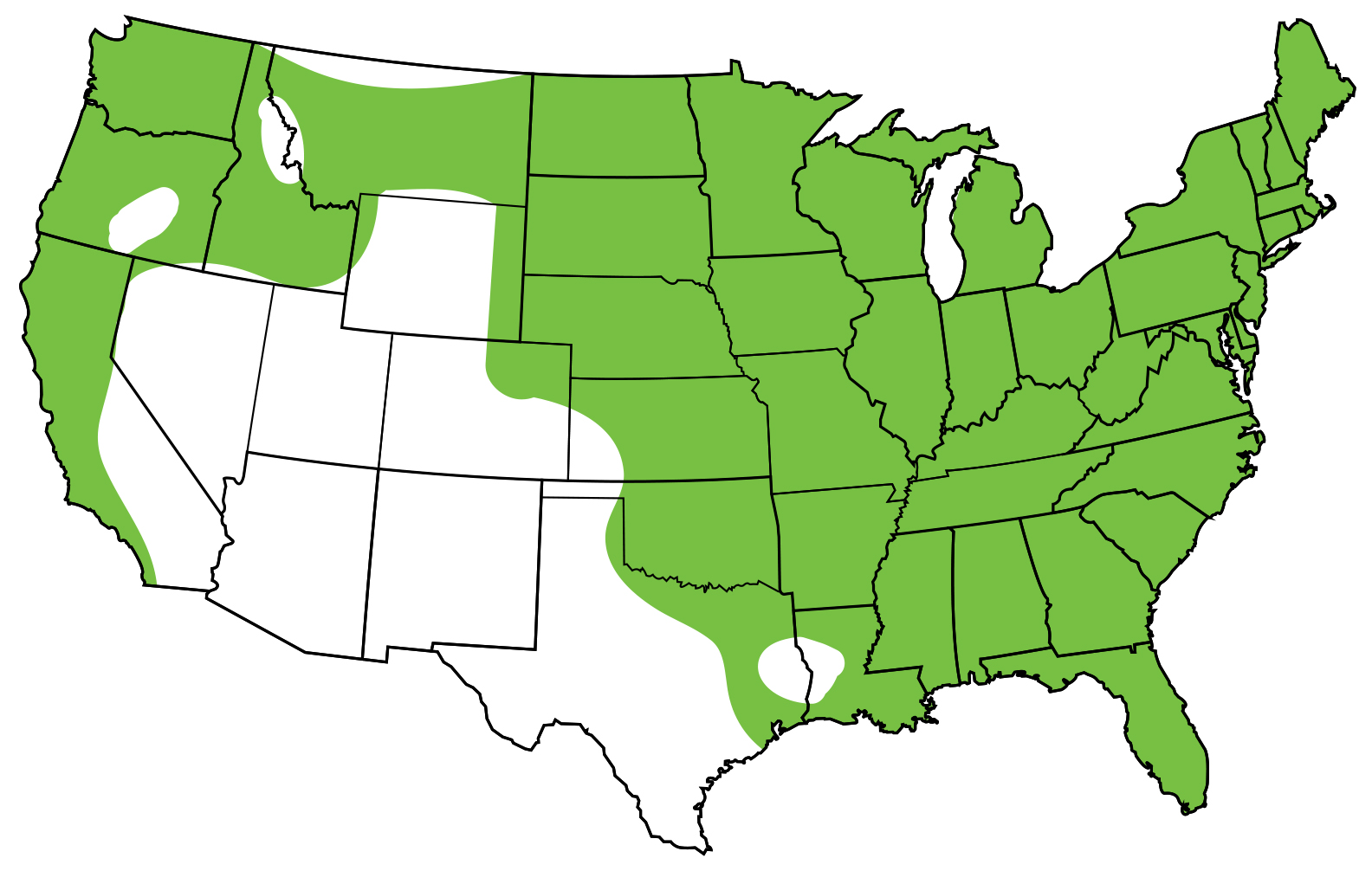