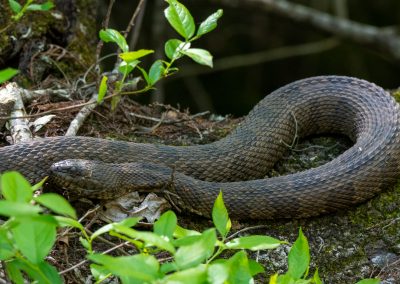 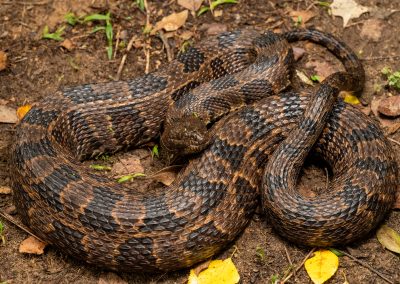 Description: The Brown Watersnake is a large, thick-bodied snake with keeled scales and dark brown in coloration. It reaches lengths of 30-60 inches (76-152 cm) and are patterned with alternating dark blotches on the back and sides. The belly is lighter with some mottling. They have narrow heads and eyes are positioned further forward on the head than other watersnakes.

Natural History: This snake is rarely found far from flowing aquatic habitats such as rivers, streams, and blackwater creeks. It mainly eats fish, but specializes in consuming catfish. It is not uncommon to find brown watersnakes with catfish spines protruding out of their body. They may be observed basking on river banks or over hanging limbs – they tend to be higher in overhanging trees than most other watersnakes. If approached they will drop and disappear into the water. If they are grabbed they will not hesitate to bite and musk their captor.

These alternating dark blotches on back and sides also helps distinguish from the venomous Cottonmouth (Agkistrodon piscivorus). – which will also have a wider head, pit organs just behind their nostrils, and elliptical pupils. The upper lip (labials) scales of Cottonmouths are whitish and un-patterned. If you are not confident in your identification, please avoid approaching or handling the snake..

Distribution: This snake is found in piedmont and coastal plains of the Southeastern United States from Virginia through peninsular Florida. 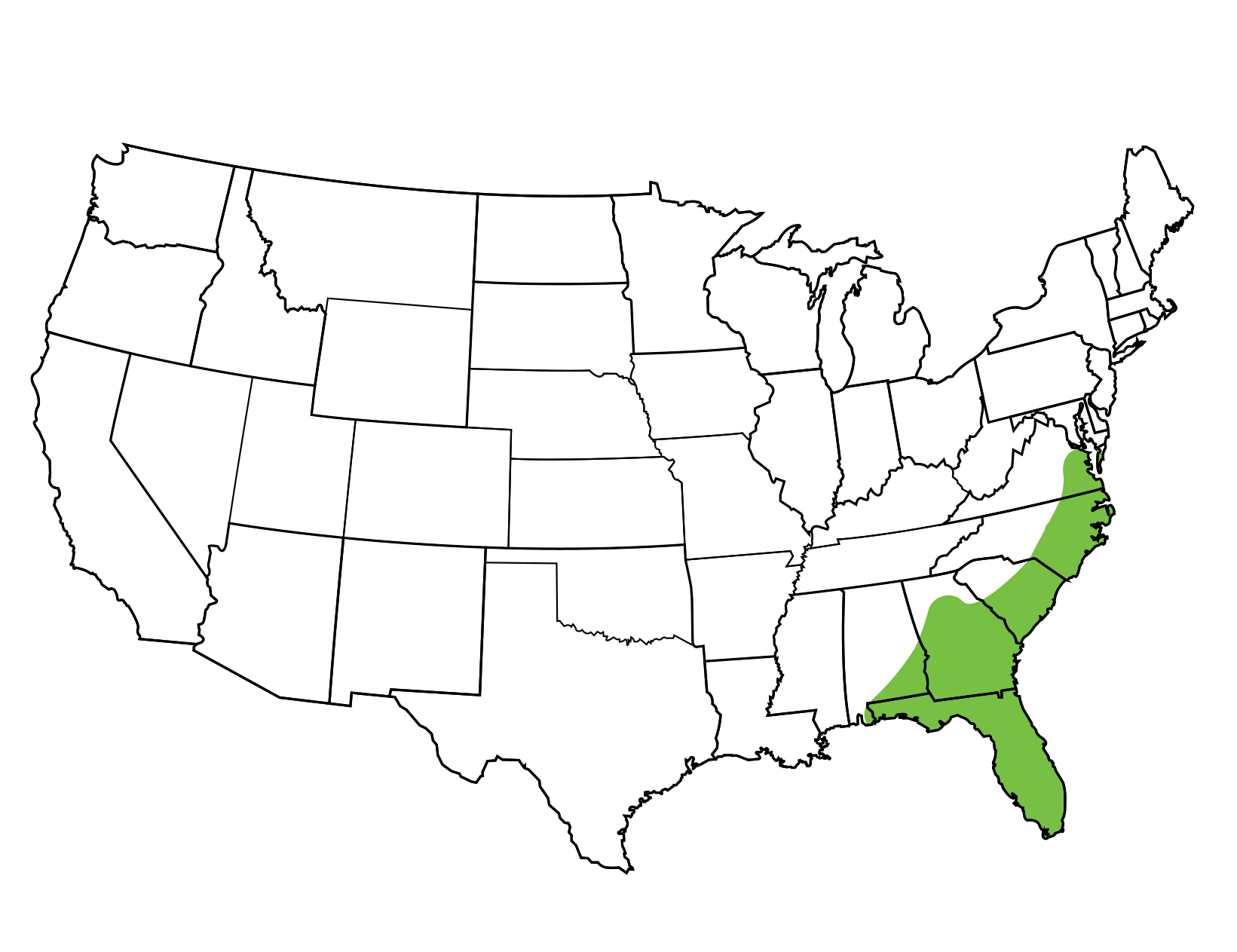