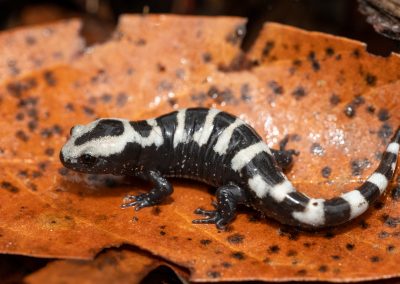 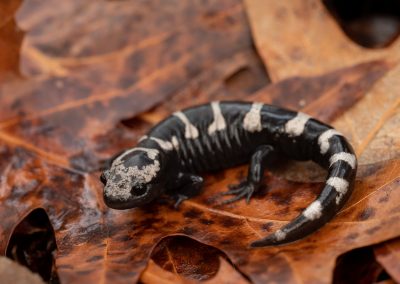 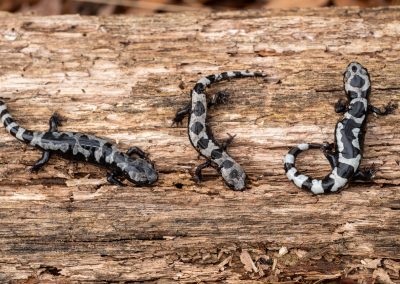 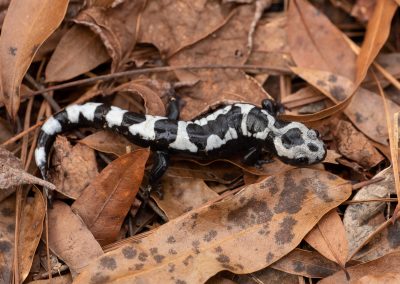 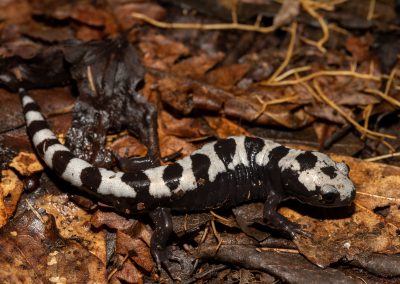 Description: Like other mole salamanders, the Marbled Salamander is a stout salamander with a broad head and thick legs. These salamanders are black in coloration and adult males are usually patterned with a series of white, bone-shaped, stripes going down the back and tail. Females can be distinguished by having grayish stripes decorating the dorsal portion of their body. The juveniles are aquatic and these larva are equipped with bushy external gills and a dorsal fin that extends from just behind the front limbs to the tip f the tail. The larva are grayish or brown in color with a series of light spots that form a line on either side of the body.

Natural History: As adults, these salamanders are fully terrestrial and are most commonly associated with mixed hardwood forests. They are generally inactive during the warmer months spending the summers under forest debris or in burrows made by other animals. As the weather begins to cool down in autumn, adults will migrate to ephemeral ponds and floodplain pools to breed.

The Marbled Salamander usually arrives at breeding wetlands before other salamanders, and they will often arrive before water is present. Mating takes place under the cover of night, and females will lay their eggs on the edges of these waterless wetlands underneath forest floor debris such as logs or bark. Females typically stay with their clutch until the wetland fills with water. Once submerged the eggs will begin to hatch and the new larva will spend the first several months of their lives under water.

As aquatic larvae, these salamanders will eat a variety of aquatic invertebrates, and may even eat other, smaller salamander larva. Adults consume mainly terrestrial invertebrates such as spiders, worms, millipedes, etc. Adults can produce noxious secretions making them distasteful for many predators, but are still eaten by snakes, birds, and small mammals.

Similar Species: Boldly patterned adults are unmistakable from other salamanders. However, patterns can vary and darker individuals may resemble the chunkier Mole Salamander (Ambystoma talpoideum). Larva are challenging to distinguish from other Ambystomids , but the light spots on the sides extending to the tail are a helpful identifying trait.

Distribution: This salamander is found in most of the eastern half United States. From southern New Hampshire to the panhandle of Florida. Then west to the eastern third of Texas and north to southern Michigan. 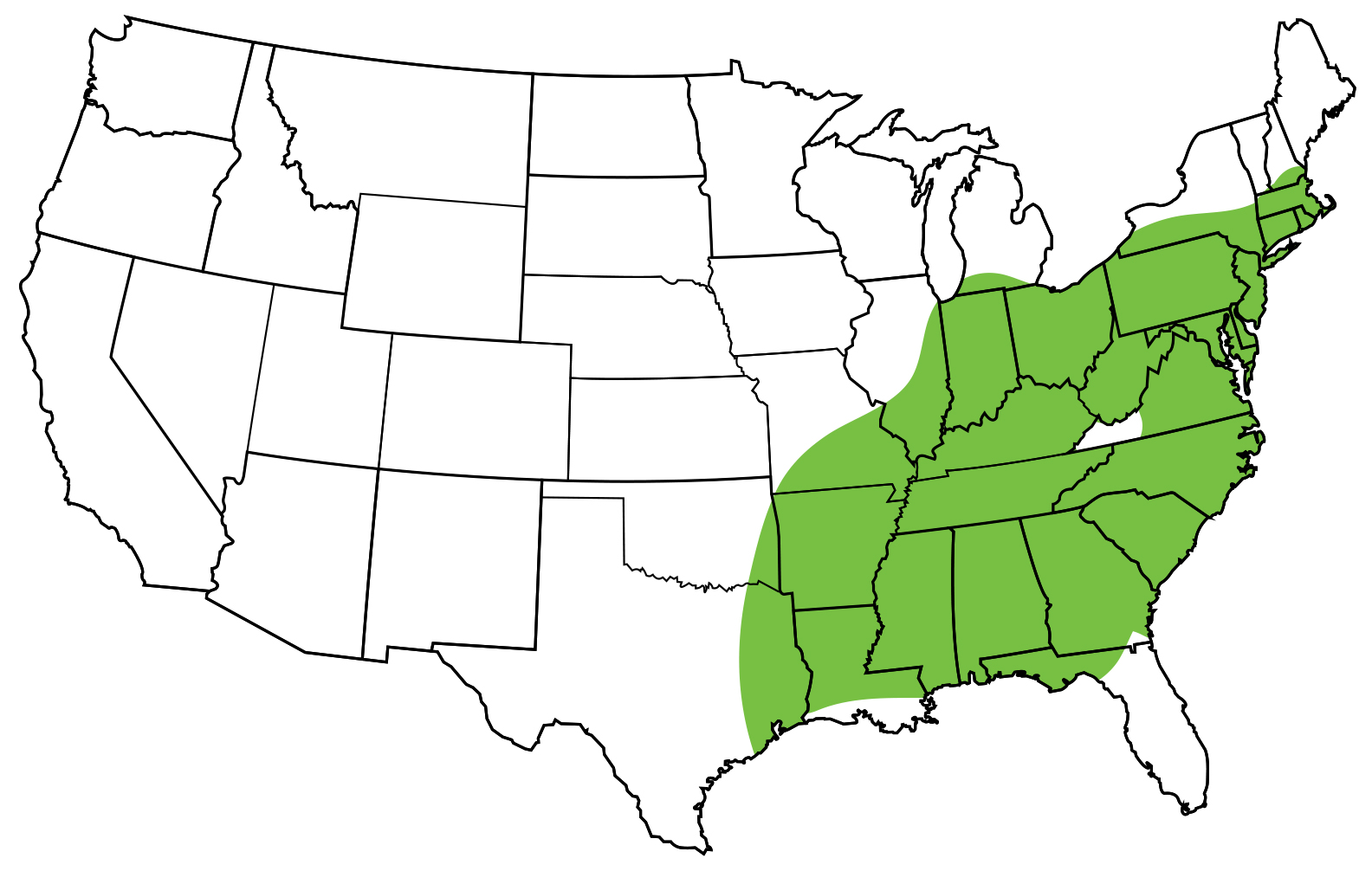