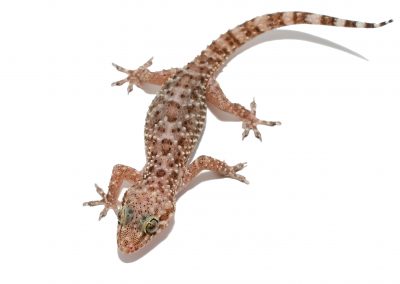 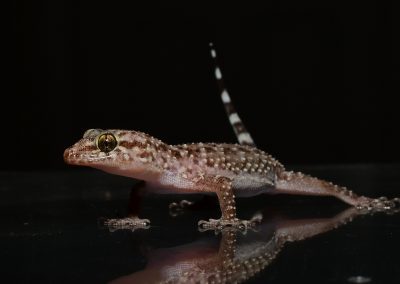 Description: This small lizard, 4-5 inches (10-13cm), appears pale pink, almost translucent, with warty skin. There may be hints of yellow, brown and red across the body. They have a big head with large pupils and no eyelids. The tail is stout with several faintly dark rings and feet have large toe pads.

Natural History: Originally native to the Mediterranean region, this lizard has spread throughout the world. They are almost exclusively found in urban settings where they crawl on the sides of walls and buildings in search of small invertibrates. Many individuals can be observed around outdoor lights plucking insects that are attracted to the light. Males can be quite territorial and aggressively ward off other males. These Geckos are capable of vocalizing and produce a high-pitched squeak or bark to communicate with each other.

Distribution: Originally found in the Europe, the Middle East, and Northern Africa, this lizard has been introduced to urban areas throughout much of the Southern United States. 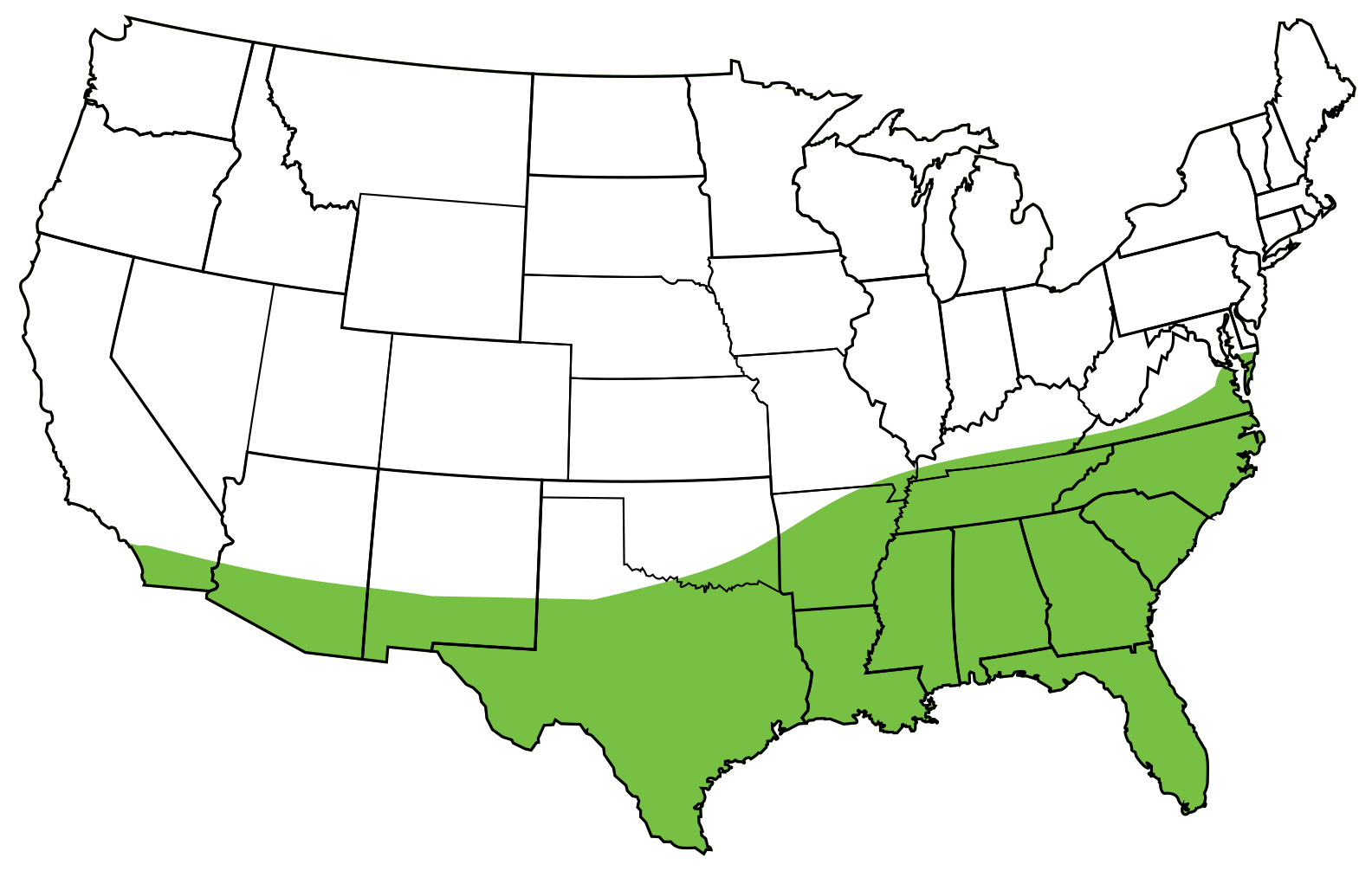