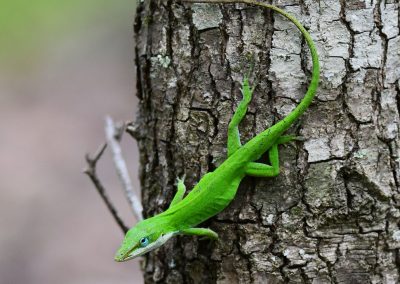 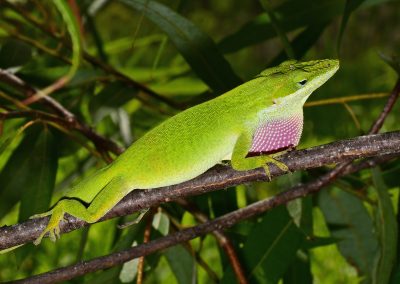 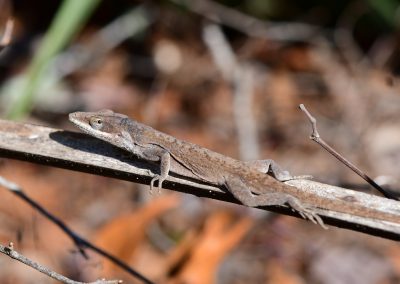 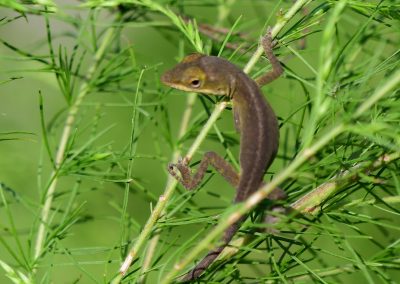 Description: This medium-sized lizard can change in color from dark brown to vibrant green depending on environmental conditions. When they are brown in coloration, a light patterning may be present on their back and some individuals may have pronounced dorsal ridges. Adult size is typically between 5 – 8 inches (12 -20cm) and males are larger than females. When communicating with conspecifics, they will extend a vibrant pink throat-fan called a dewlap. Both males and females of this species have a dewlap, but the male’s is approximately three times larger than the female’s dewlap.

Natural History: This aboral lizard is one of the most common reptiles in the Southeastern United States. It is found in a variety of habitats and does not shy away from urban areas where it can be seen climbing up the sides of building or houses. They are most frequently seen during the day patrolling territory in thickets of shrubs and vines. They are also observed in forests, grasslands, and hopping on cypress knees in swamps.

The majority of their diet is comprised of small invertebrates, and in turn they are consumed by many birds, snakes, large amphibians, spiders, and small mammals. Males are highly territorial during warmer months and can be readily observed displaying their pink dewlap to ward off rivals or to court females. In the winter, these lizards often find refuge under tree bark or under forest floor debris.

Similar Species: The introduced Brown Anole (Anolis sagrei) can closely resemble the Green Anole. The brown anole has more patterning on its back and an orange-red dewlap with a light border.

Distribution: The Green Anole is found throughout the Southeastern United States extending west to central Texas. This lizard is widely distributed in the pet trade and is likely present in several localities outside of its native range. 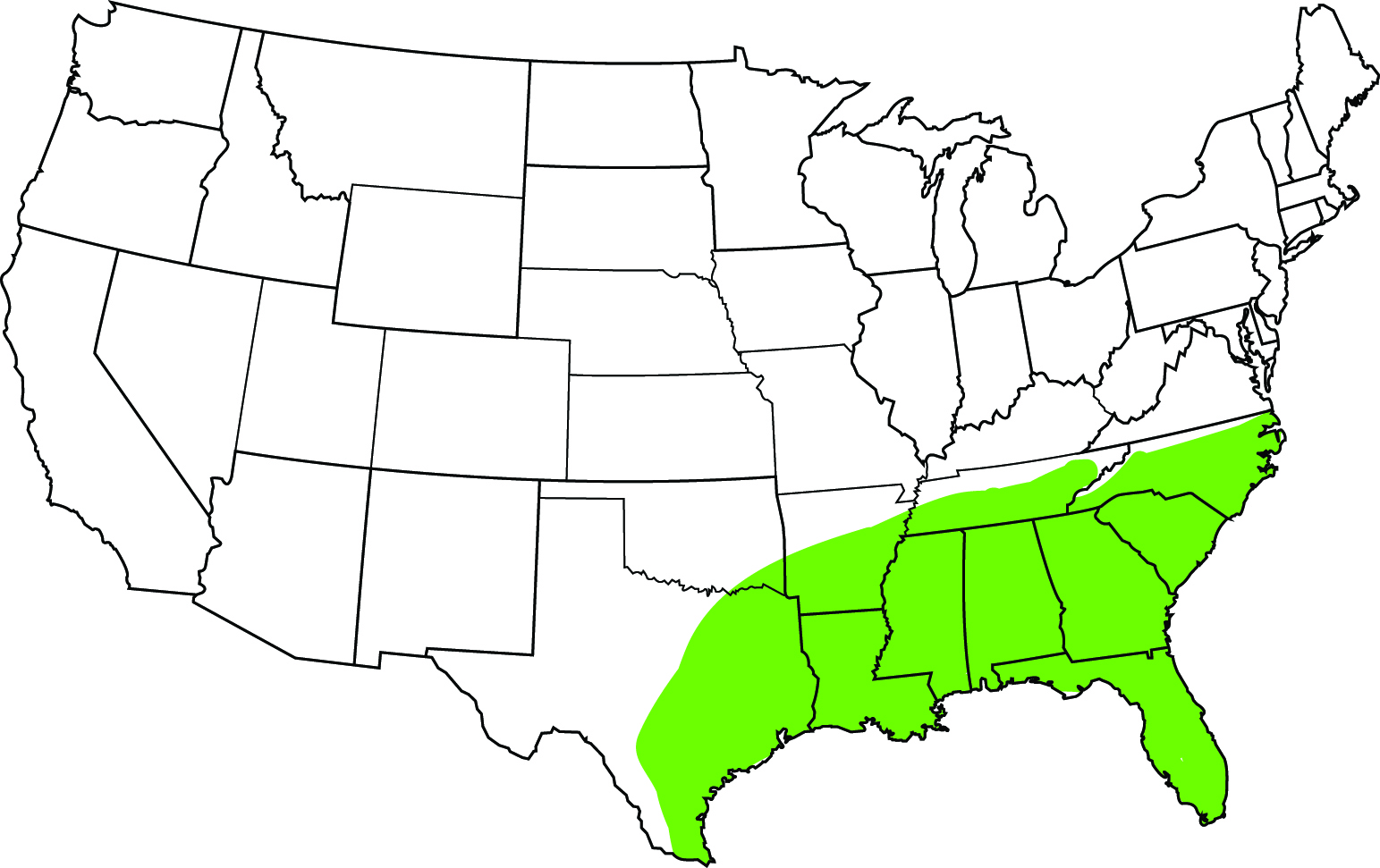