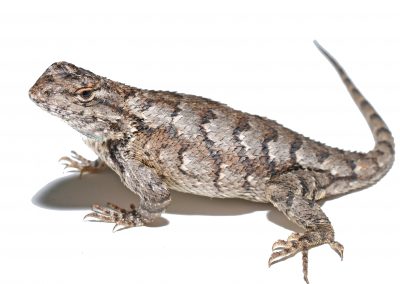 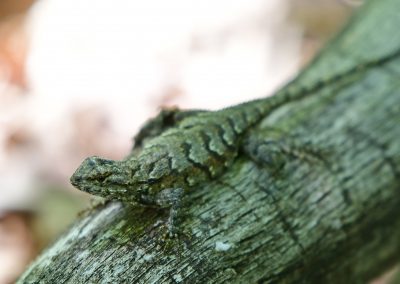 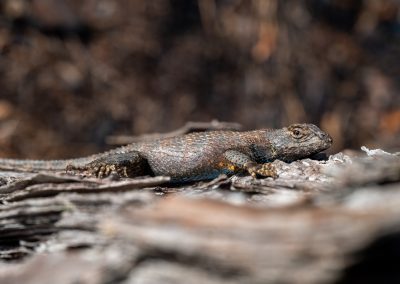 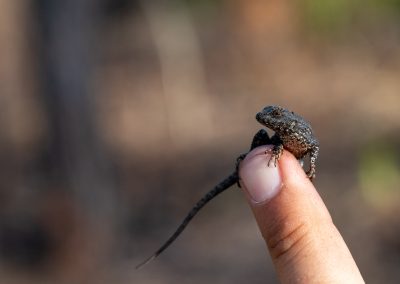 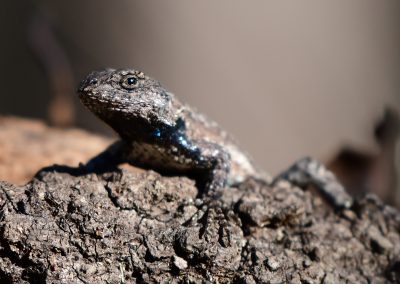 Description: This small brown or gray lizard has large overlapping scales on its body giving it a very rough or spiny appearance. Adults average in size between 4 – 7.5 inches (10 – 19 cm). Males are usually darker brown than females and during breeding season, mature males will have iridescent blue on the sides of the belly and on the throat. Females appear grayish in color and often have dark wavy pattern on their back. The underside of females are whitish with scattered black flecks.

Natural History: As its name suggests, the Eastern Fence Lizard is often see atop fences or walls. They are also observed on the sides of trees, log piles, rotting stumps or on the forest floor. The have a preference for dry and open woodland habitats and forest edges. Mating occurs in the spring and males are very territorial. They will communicate with females or other males by doing push-ups on a raised perch, showing off their iridescent blue coloring on their underside. When approach, they are very quick to dash towards the nearest tree and climb up the opposite side.

Similar Species: This is the only native species of lizard in the Southeastern United States that has a spiny appearance. The Texas Horned Lizard (Phrynosoma cornutum) has been introduced through the pet trade and is much wider in appearance with longer horn-like projections on the head and sides.

Distribution: This species is found throughout the Southern United States from Southern Pennsylvania to North Florida, and then west to Nevada. Throughout the range it is separated into several distinct subspecies. 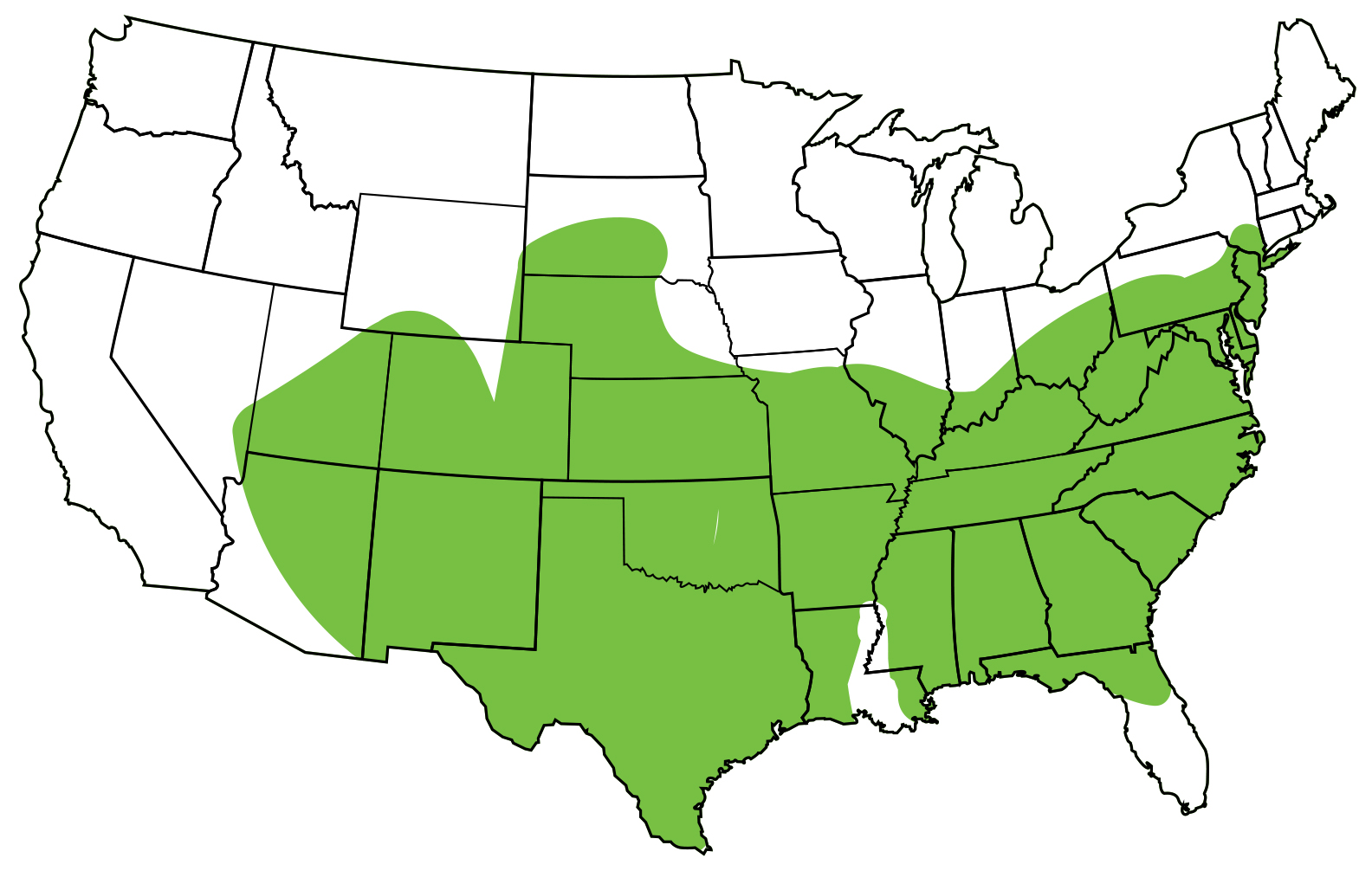